Please refer to our Privacy Policy for important information on the use of cookies. By continuing to use this website, you agree to this.
Home Latest The Finest Hour For Communication Advisors: Helping The Client Do The Right Thing 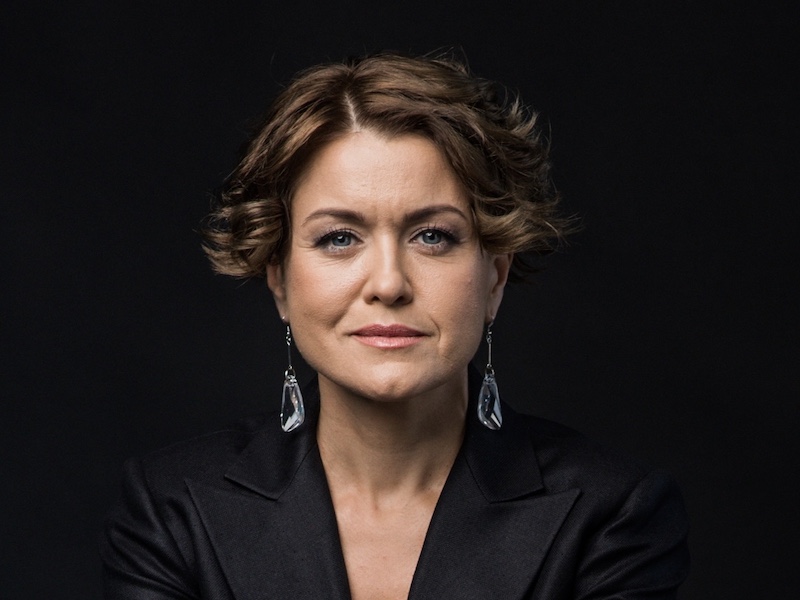 The Finest Hour For Communication Advisors: Helping The Client Do The Right Thing

Comms pros can help clients make the most informed decisions about leaving or not resuming operations in Russia.

Mid-summer is the time when most business executives are on long-awaited vacations, enjoying the sunny beaches or cool mountains, long walks, and dinners with loved ones. In a normal year, Ukrainian civil society and the entrepreneurs would all be enjoying themselves too. Unfortunately, the Russian war against Ukraine does not take a break for holidays.

This war has already undermined and sent to ruins the lives of 40 million Ukrainians, who suffered over 23 000 war crimes. And the consequences are far more reaching for the global society than one might think. This war has disrupted the lives of millions of people around the globe with world hunger in sight, recession on our doorstep, and the biggest refugee crisis since World War II. This is a heavy topic, no way around it. No wonder we hear more often about media fatigue from the topic of Russia’s war in Europe.

But this is the war of attrition: you can’t take a break here, or you’ll lose everything. Therefore, we decided to step up and remind businesses that it is time to do what is right, what must be done to deprive war of its fuel - money.

We are a new coalition. Made by dozens of civil society organizations from Ukraine and across the world - think tanks, human rights organizations, ethical investor advisory groups and concerned activists. We have united our efforts under the name of Business for Ukraine coalition (B4Ukraine). We call the businesses that continue to operate in Russia to divest and withdraw. Those, who exited the Russian market we ask to stay out until Ukraine’s full sovereignty within the internationally recognized borders is restored and Russians bear responsibility for all the war crimes they have committed against Ukrainians.

The launch of the Coalition comes at the moment when we are five months into Russia’s full-scale and unprovoked war against Ukraine. While Ukrainians live with a constant death threat from day to day, international businesses have apparently left the war far behind. It was high on the business agenda briefly in March and April but died down since then.

Based on the joint research by the B4Ukraine coalition and WeAreUkraine.info, only those companies whose activities were affected by the sanctions in May-July 2022 provided more recent statements on Russian aggression against Ukraine publicly. The rest preferred to keep silent if not being asked for an update by the journalists. This is not surprising, considering most of the companies still haven’t completely pulled out from Russia.

But it is an unsuitable approach for the modern world. As Richard Edelman recently said, when citing the Edelman Trust Barometer Special Report in Cannes, according to 14,000 respondents in 14 countries (including employees, NGOs, and other stakeholders), “there is a rising call for business to be more engaged in geopolitics” with CEOs “expected to shape policy on societal and geopolitical issues”. Though rarely do CEOs or investors do so publicly.

For communicators, it is important to reflect on how companies explain why they keep doing business in a country that has already committed over 23 000 war crimes in a neighboring sovereign state.

We investigated it very closely by looking at 1179 companies that keep operating in Russia at full or limited scale according the KSE Institute.

We found out that 8 in 10 companies chose silence as the main communication mode.

Only 2 in 10 companies made some sort of public communication about their decision to remain in Russia, and only 1 in 10 companies explained the reasons behind it, the most popular excuses being the “essentiality” of the product they make.

And this is where we see the second problem: the shadiness of justifications companies provide. While we’d want to praise companies for being vocal about their reasons to stay in Russia, what they say is not always, to put it bluntly, true.

Let’s take the “essentiality” excuse for example. Usually being emotionally charged, for many companies it is just that – an excuse, being questionable at best and consciously deceptive at worst. The shining example here is a statement made by Mondelez-International: "As a food company, we are scaling back all non-essential activities in Russia while helping maintain continuity of the food supply during the challenging times ahead." While in fact the company is the Russian market leader in the categories of chocolate, sweets, and biscuits, and is also ranked second in the market in the chewing gum and lollipops categories. You can’t seriously suggest that sweets, gum, or lollipops are essential products.

The thing is, we all understand why companies really make the choice to continue working with Russia, even if they don’t explain it. You and I both know it. Money. But in times of transparency and public demand for business accountability, it is money that companies can lose if they choose to remain silent and continue operating in the country famous for waging unprovoked wars and killing thousands of civilians. It is time for businesses to face the reality – their explanations are not only rare but also so poor in quality because there is really no good justification for it, and the only true reason is too “in-your-face” kind of reason, unsuitable for corporate communication.

So, what do you do as an advisor on communications, public relations, and public affairs? You can help clients make the most informed decisions about leaving or not resuming operations in Russia, for the sake of the future of the businesses.

Sustainability, corporate responsibility, public affairs, communications, and international relations consultants play a critical role in the company’s decision-making process. As an advisor, you can provide a fundamental overview on the ongoing crisis by looking at it from several stances.

Among the guidances that we developed for businesses and leaders within Ukraine Communications Support Network, a coalition of ethical communications advisors, I would like to highlight the following three:

Today admiring the Ukrainians’ resourceful, courageous willingness to fight and die is not enough. It only leads to more deaths like the death of Mykola Rachok — the alumni of my alma mater Kyiv Mohyla Academy. He was killed on July 19th near the town of Pokrovsk in the Donbas region. He studied philology, the Ukrainian language, and literature. He was a Master of Arts in the history of literature… He was 27. He will forever be 27.

We must give Ukraine every chance to turn the tide and drive out the invaders. This is not the time for half-measures, for ducking the heads into the sand, going on holidays, postponing important decisions till the fall or end of the year — moreover, it’s not the time to coerce Ukrainians into any premature negotiations or concessions. And it is not time for excuses.

It is trying times, difficult times, demanding times. They demand strengths to lead, willingness to act, and readiness to stand straight under the pressure of the immense challenge in the name of freedom and humanitarian values we all strive to be true to.

Nataliya Popovych is co-chair of the Ukraine Communication Support Network.