Please refer to our Privacy Policy for important information on the use of cookies. By continuing to use this website, you agree to this.
Home Latest The Future of Influencer Marketing: 'It's Disrupting the Way We View Producers and Consumers'
Aarti Shah

The Future of Influencer Marketing: 'It's Disrupting the Way We View Producers and Consumers'

The Holmes Report convened communications leaders in San Francisco last month for a conversation on the Future of Influencer Marketing, as part of its first-ever salon series at the Innovation Summit. 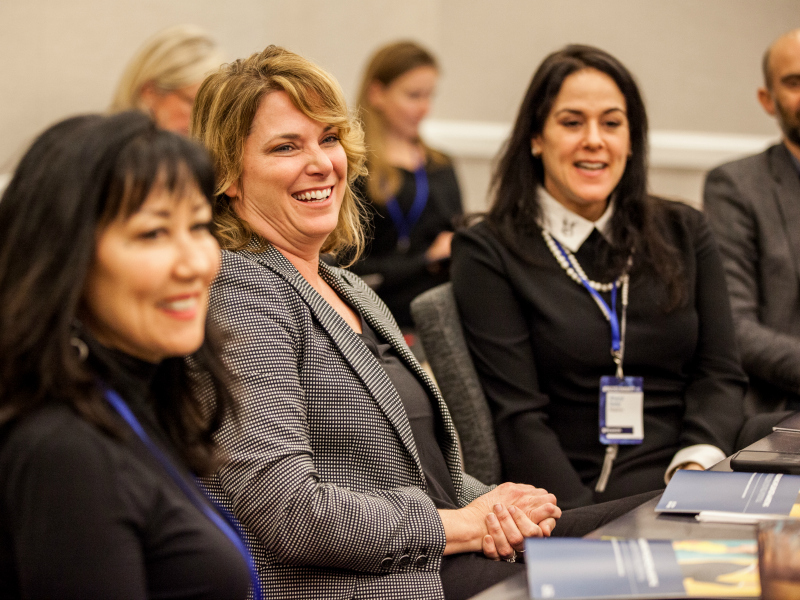 Influencer marketing has been described as “the Wild West” or “swimming in the ocean” — because, compared traditional media relations, the rules are ambiguous or  inconsistent.

“Historically, journalists were the channel for third-party validation to education and potentially inspire,” said Gabriel Stricker, VP of communications for Niantic, the AR gaming company behind Pokémon Go. “Then, it became the companies doing that directly. And now it’s clearly not journalists or companies — it’s people educating and inspiring people.”

The Holmes Report convened communications and marketing leaders in San Francisco last month as part of its first-ever salon series at the 6th IN2 Innovation Summit. During the Future of Influencer Marketing salon, sponsored by Allison + Partners, the conversation spanned identifying, measuring and engaging with influencers across the B2C and B2B sectors.

Driving the conversation was a recent report published by Allison + Partners that signals untapped potential in the way marketers and influencers engage.

“The thrust of this study is, we’re seeing a lot more dollars going into influencer marketing – and now, CMOs, CFOs, CEOs are noticing,” said Brent Diggins, partner and managing director at Allison & Partners. “They are saying — ‘I’m seeing a lot of money going into this, what are we getting back? What’s working?'”

According to the research, global spending on influencer campaigns could reach $10 billion by 2020, up from an estimated $6.3 billion in 2018. With increased spend comes increased scrutiny and there's more pushback against those who position their influence primarily in audience numbers.

“You can tell quickly who is legit,” said Randy Cairns, VP of analyst and influencer relations at Hewlett Packard Enterprise. “You can tell by the conferences they attend, the followers they have, who is re-tweeting them. There are influencers who position themselves as analysts because it gives them more cache. They are still important but there is a difference.”

Eric Glass, VP of communications at Workday, added that in the B2B sector it’s possible “to get really surgical” when selecting influencers based on more narrow influencer criteria.

Stricker added, influencers who simply guarantee far-reaching exposure present “a danger sign” and are “missing the point. Trying to use influencer marketing to reach some quantifiable number of people is the road to ruin. The opportunity is the qualitative route,” he said.

“A lot of marketers look at the other companies an influencer works with,” Cathy Planchard, president of Allison + Partner’s All Told division. “The problem is: people aren't doing the homework upfront. And as people are becoming more comfortable with influencer marketing, there's a decline in homework that’s being done.” For instance, if one brand is misaligned with an influencer, it creates a snowball effect if other brands simply follow that lead instead of embarking on their own research into that influencer.

Kleiner Perkins CMO Amanda Duckworth noted the rise of manufactured influencers, like Lil Miquela, a computer generated avatar with more one million Instagram followers. Would consumer brands — exhausted with shelling out big bucks for splashy endorsements — go the route of creating their own influencers?

“There’s a generation that doesn’t see a hardline between virtual and real,” said Kazumi Mechling, senior director of corporate communications at Essentia Water. “For them, a virtual identity doesn’t seem foreign. If it’s true to the brand and the story is engaging, it might be a cool way to appeal.”

Stricker pointed to the 1960s pop band the Monkees that were developed to bring a community of consumers together. “This is not new,” he said. “The problem is, when it lacks authenticity you can deliver the audience for a period of time” yet ultimately the ploy tends to wear thin with consumers looking for real connections.

“We buy from people we trust and identify with,” Planchard noted. “Over time, will it move the needle? No, because people will understand it is owned-content manufactured for the brand.”

When it comes figuring how to ultimately influence behavior, Allison + Partners’ study found that only some marketers conduct testing with influencers to see what type of content works best. Not only that, influencers are hesitant to deviate from the approved content and tend not to give marketers guidance on how content can be improved for their audiences.

“We found that once the content is approved, it gets slotted to run over a period of time,” Planchard noted. “Yet the things we do in other areas of the marketing mix, we don’t do with influencer marketing. We pick influencers without knowing them, we don’t apply the same insights and rigor. We don’t optimize [the content].”


The question emerged whether there’s a finite conclusion to influencer relationships. For instance, as a brand’s following grows, so does its influencer group. To maintain or even scale the program, it might be necessary to make decisions around which longtime influencers to move forward with.

“It’s disrupting the way we view producers and consumers,” Stricker said. “You are putting your most influential consumers somewhere in-between those two points, inviting them to be active participants. There’s no breaking up. [Marketers] have to acknowledge they are participants in shaping the movement and will continue to shape the movement.”

The full 'Unleashing Influence' report from Allison + Partners can be downloaded here.