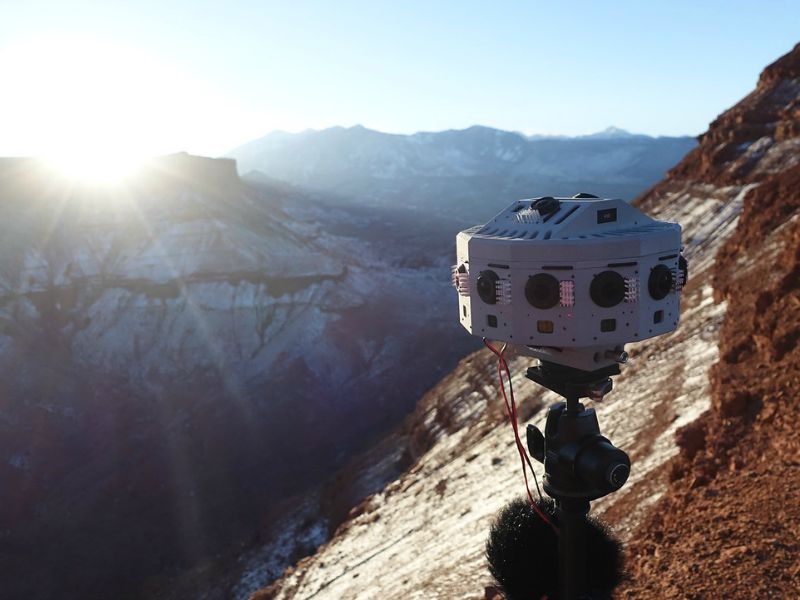 The Intersection of Virtual Reality & PR

Is there an opportunity for PR to expand its definition of ‘brand content’ to include virtual reality?

Virtual reality is now on the brink of mainstream adoption — and its potential as a experiential, storytelling platform has many brands already experimenting with the possibilities.

Most people recognize virtual reality as being electronically transported, for instance, inside a live action video game, to the front seat of a concert or climbing the heights of Mt. Shasta — all while never leaving the proverbial house. While alluring in concept, the technology has been saddled with complaints of nausea, eye strain and history of flops, among other issues. What has brands inching deeper during this iteration of VR is how accessible the technology has become and the number of heavyweights in the game now: Google, Facebook (via its acquisition of Oculus), Samsung, HTC to name a few.

Notably, in May Google announced a new version of Google Cardboard that makes its VR technology widely accessible via a Cardboard app for iOS that can be installed on any iPhone. Wired called the invention virtual reality’s “gateway drug.”

“I feel the way about virtual reality the way I feel about great content — it has to be explored,” said Alexander Jutkowitz, founder of content shop Group SJR, which was bought by H+K Strategies in 2013. He recently spoke on a panel with the CEO of virtual reality startup Jaunt, Jens Christensen. “I’m bullish on this, I think from a PR perspective, agencies aren’t aware of what’s going on here.”

The North Face is among the many brands that have started experimenting with VR. Eric Oliver, the North Face’s director of digital marketing worked with Jaunt to shoot footage of a climb in Yosemite National Park that was turned in a VR experience for shoppers at its retail outlets in New York and San Francisco.

“So much of what we want to do as a brand is get people outdoors and to explore things they haven’t before,” Oliver noted. “In the film, you’re riding shotgun while [the climbers] prepare for their day and climb one of America’s most iconic places.”

“It’s a great time to experiment — everyone gets some latitude now become of the novelty,” he noted. “It’s a great way to evolve storytelling and shows how much marketing has changed because of the proximity people have to very sophisticated technology in their smartphones.”

Beauty retailer Birchbox is working with another VR company River to provide subscribers with branded video clips of experiences like riding a wave or a helicopter tour over mountains. Meanwhile, coinciding with its plan to lure Millennials, the Marriott Hotels rolled out its #GetTeleported campaign that transported people to the beaches of Hawaii and downtown London.

The hotel chain partnered with the Academy Award-winning Framestore to create a virtual experience based on the Oculus Rift technology. The teleporter made its way across eight US cities last year, from New York to San Francisco. In a statement on the campaign, the hotel chain noted it “seized on virtual reality and teleportation.”

Given the brand storytelling potential of VR, it remains to be seen how deep PR leaders will venture into this area. For now, digital marketing seems to have cornered applying VR to brand campaigns and narratives.

In a column from earlier this year on VR, H+K’s Jutkowitz pointed out, “Smart brands are increasingly building consumer loyalty by openly imparting their hard-won insights and time-tested values through articles, videos and other visuals. Virtual reality – and other on-the-horizon tech platforms – could prove even more powerful for brands that know what they stand for and how to communicate it.”