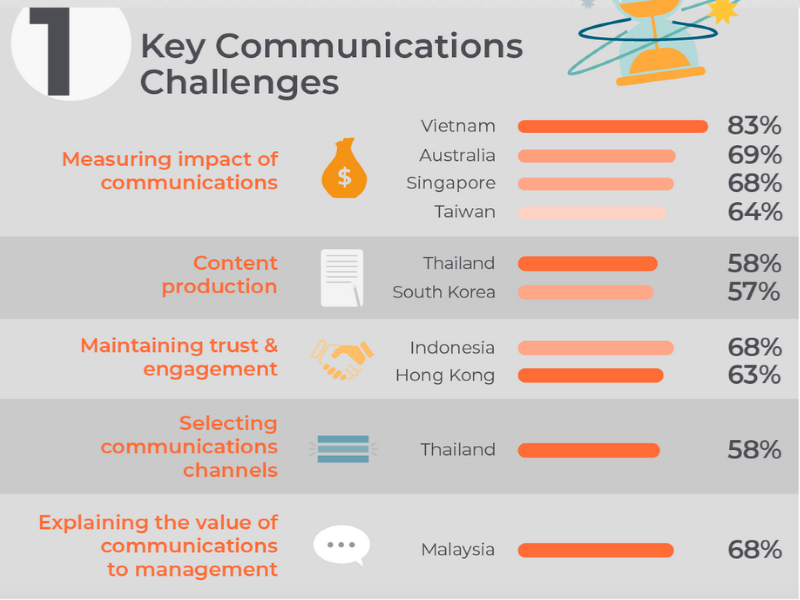 To optimize brand awareness, 70% of businesses consider news websites as the most important communications channel, above other platforms such as corporate websites (58%), print media (56%), and social media (60%), according to the survey of 948 communicators in 10 countries (Australia, mainland China, Hong Kong, Indonesia, Malaysia, Singapore, South Korea, Taiwan, Thailand and Vietnam).

Additionally, 37% of businesses plan to increase their earned media budget, with larger businesses (employing at least 1,000 people) showing a greater willingness to do so than their smaller counterparts.

The study also uncovered different levels of concern for communicators across the region. Maintaining trust and audience engagement showed the greatest variation, with 69% of businesses considering it a challenge versus 28% of companies in South Korea and 20% in mainland China.

On average, 60% of B2C businesses ranked maintaining trust and engagement as a challenge, notably higher than the 32% of B2B businesses that did so.

All of which, the study said, point to key takeaways including: authenticity, relevance and transparency are increasingly important; an official version of corporate news is valuable; corporate news should tie to big picture subjects to pique journalists interests; and search engine visibility should be a top communications priority.