Please refer to our Privacy Policy for important information on the use of cookies. By continuing to use this website, you agree to this.
Home Latest UN Secretary-General Condemns PR's Work For Big Oil 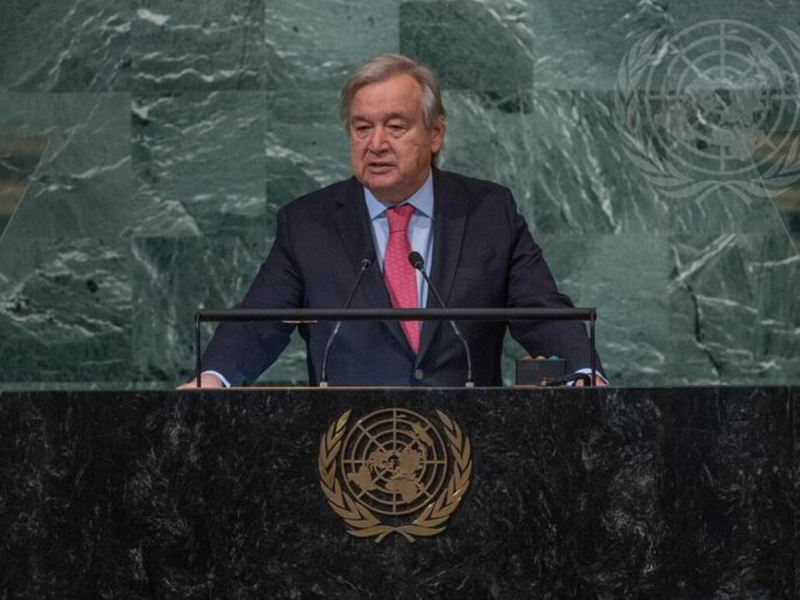 NEW YORK — UN Secretary-General António Guterres on Tuesday blasted PR agencies for “raking in billions” by downplaying fossil fuel clients’ detrimental effect on the climate — and said they should pay for doing so.

In his opening address to the General Assembly, meeting this week in New York, Guterres called the climate crisis “the defining issue of our time” and called on world leaders to end “our suicidal war against nature” by making Big Oil and affiliated businesses take responsibility for the environmental damage they cause.

“We need to hold fossil fuel companies and their enablers to account. That includes the banks, private equity, asset managers and other financial institutions that continue to invest and underwrite carbon pollution,” he said.

“And it includes the massive public relations machine raking in billions to shield the fossil fuel industry from scrutiny. Just as they did for the tobacco industry decades before, lobbyists and spin doctors have spewed harmful misinformation,” Guterres said. “Fossil fuel interests need to spend less time averting a PR disaster – and more time averting a planetary one.”

Guterres called on economically developed countries to tax the “windfall profits” of fossil fuel companies and affiliated businesses, including PR, to help countries hurt by the climate crisis and people struggling with rising food and energy prices.

“Polluters must pay,” Guterres said, in a far-reaching speech that called on world leaders to address a range of critical issues such as the global food crisis and divisiveness threatening the world as we know it.

Guterres’s address marked the second time in less than a week that national, and now international, leaders have rallied against PR’s work for fossil fuel companies.

Last Wednesday, federal legislators ramped up their probe into PR firms’ relationships with Big Oil companies with a congressional hearing that investigated the industry’s role in spreading deceptive information.

In the far-reaching, and often partisan, hearing held by the Oversight and Investigations Subcommittee, witnesses, including former Edelman executive Christine Arena, charged PR firms with running deceptive campaigns that position Big Oil clients as much more involved in fighting climate change than they really are. Congressional leaders have focused their efforts on five firms — DDC Public Affairs, FTI Consulting, Singer Associates, Story Partners, and Blue Advertising —none of which attended the hearing.

In January, more than 450 scientists called on PR and advertising firms to stop working with fossil fuel companies.

The effort was coordinated in partnership with the Union of Concerned Scientists and Clean Creatives, an ad and PR industry advocacy organization which, in November, launched a high-profile celebrity and influencer campaign calling on Edelman to drop fossil fuel clients, most notably ExxonMobil.

Two weeks earlier, Edelman unveiled a series of actions it pledged to take in response to those calls, which include walking away from companies that do not meet a series of criteria on climate action. At that time, Edelman identified 20 emissions-intensive clients for follow-up discussions after a 60-day review of its portfolio.