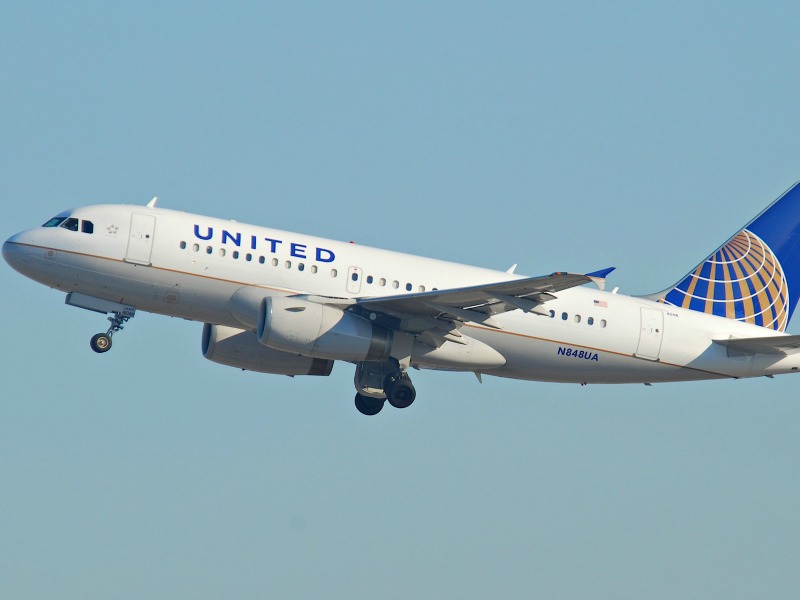 United Airlines has now experienced two crises in the space of less than a month. In both cases, the carrier defended its actions by citing company policy. In both cases, it seemed to believe that citing policy was both a defense and an explanation. In fact, it merely made it clear that bad decisions are baked in to the company’s modus operandi rather than unfortunate accidents.

For those who have not been paying attention, the first incident involved refusing to allow two young women to board a United flight because they were wearing leggings. The second involved physically assaulting a passenger who would not voluntarily leave a flight in order to make room for four United employees.

In both cases, United continued to defend the decision-making of its employees long after the social media backlash made it clear that the vast majority of Americans—and now a huge number of Chinese—found those decisions outrageous.

In the latter case, chief executive Oscar Munoz compounded the problem with the worst kind of non-apology, in which he too fell back on the “policy” defense that so many people find so unconvincing.

Given United’s history of troubled labor relations, and the state of employee morale when Munoz took over, his reluctance to publicly chastise employees is understandable and perhaps even commendable. Under the circumstances, explaining that company policy was followed in both cases was probably the right thing to do.

But. What Munoz needed to do in both cases was acknowledge that company policy on these issues is bad policy.

In the first instance, a policy that prohibits passengers from wearing ““form-fitting lycra/spandex tops, pants and dresses” sounds as though it was written in the 50s. In 2017, the idea that an airline has the power to policy how women can dress—even women who are traveling on the free passes provided to employees and their friends and families—is an anachronism, and an offensive one.

It would have been nice if the airline had been able to point to example of men who have been denied access to flights based on their attire—because without such evidence, the obvious inference is that the policy is nothing more than retro sexism.

At the very least, the airline should acknowledge that the policy in question is likely to be selectively applied, and that it should be reviewed and revised so that it prioritizes the rights of individual passengers over the sensibilities of the (I’m guessing) 70-year-old white men who came up with this rule 70 years ago.

But if the leggings response was bad, the reaction to this week’s incident was even more egregious. The statement Munoz issued to the media began by claiming that “this is an upsetting event to all of us here at United.” I suspect it was slightly more upsetting to the doctor who was dragged kicking and screaming from the plane, and it might have been wise to start by addressing his feelings—and those of the passengers who witnessed the assault—than your own.

“I apologize for having to re-accommodate these customers,” Munoz continued, in a manner so obtuse that it can only be deliberate. First of all “re-accommodate” is a horrible euphemism—anyone else detect the heavy hand of the legal department?—for telling passengers they can’t fly on the plane they have booked, even under normal circumstances. But more importantly, the “apology” fails to acknowledge the utterly disproportionate response to a problem entirely of the airline’s own making.

I’m scare-quoting apology because clearly it wasn’t one, in any meaningful sense of the term. According to Professor Aaron Lazare, author of On Apology, the difference between a genuine expression of remorse and this kind of mealy-mouthed acknowledgement of an issue comes down to acknowledging the offense clearly, explaining it effectively, restoring the offended parties’ dignity, assuring them they’re safe from a repeat offense, expressing shame and humility, which show understanding of their suffering, and making appropriate reparation. Munoz, in his first statement, did none of those things.

An internal memo released later on Tuesday doubled down on the lack of empathy. Munoz said that employees had “followed established procedures for dealing with situations like this. While I deeply regret this situation arose, I also emphatically stand behind all of you, and I want to commend you for continuing to go above and beyond to ensure we fly right.”

Once again, I don’t have a problem with expressing support for employees who followed United’s “established procedures.” But that might have been accompanied by an acknowledgement that established procedures in this case are entirely wrong-headed. Munoz, in his first statement, said his employees “were left with no choice but to call Chicago Aviation Security Officers to assist in removing the customer from the flight.”

I can think of at least two choices.

The first was to continue raising the amount of money offered to passengers until a volunteer could be found. “We do an amount that we feel is reasonable and fair,” a United spokesperson told Slate. “Once it gets beyond that, we have to take the next step.”

Here’s the thing: the amount offered was not “reasonable and fair.” How do I know that? Because not one of the dozens of people remaining on the flight accepted it. If it had been “reasonable and fair”—by mutual agreement, rather than by United’s self-serving and unilateral definition—at least one person would have been prepared to take it. (Given the amount wiped off United’s share price on Tuesday, the airline could have offered seven figures and it would still have been a bargain.)

The second thing United could have done is decide that the rights of its passengers were more important than flying four of its own employees to Louisville. According to Google, Chicago to Louisville is a four-and-a-half hour drive. That might not be fun, but it’s fair from an impossible journey, and almost certainly better than assaulting a passenger.

It was not until a day later that Munoz issued an actual apology, acknowledging in plain and simple language that “no one should ever be mistreated this way” and pledging to review the company’s policies. That was clearly a big improvement over the earlier pronouncements, but it misunderstands the real problem: it’s not that the policies are wrong; it’s that policy is wrong approach.

I alluded to this issue in an article posted just hours before the latest incident hit the headlines.

Patrick Smith, a pilot and author of the Ask the Pilot blog, explains it better than I did: “What lies at the root of this unfortunate episode was a lack of empowerment. There is no reason that an overbooked flight should result in the forced, physical removal of a passenger by law enforcement. There had to be a better solution. Yet nobody came up with one.”

After describing the process airline go through to encourage voluntary disembarkation, he says: “This time, that didn’t happen. That presented a problem…. What I sense is that the airline’s staff reached a point, after perhaps offering whatever dollar amounts their procedures called for, where they simply didn’t know what to do, and nobody was brave enough, or resourceful enough, to come up with something.”

In the airline industry, he says, “Everything is scripted, regimented, rote and procedural, and employees are often so afraid of being reprimanded for going against the letter of the law, or for making a bad decision—not to mention chronically being pressed for time—that they won’t make a decision at all, or will gladly hand the matter along to somebody else who can then take responsibility. Workers are deterred from thinking creatively exactly when they need to.”

What’s the alternative to policy-driven decision-making? I’d suggest that values-driven decision-making, which provides the kind of empowerment Smith is talking about, is a superior approach—and that PR people should be the ones driving it: communicating values within the organization and explaining how to use those values in their day-to-day work.

“We are committed to providing a level of service to our customers that makes us a leader in the airline industry,” says the company as part of its “customer commitment.” If that—rather than a policy manual—had been top of mind for the employees involved in these two incidents, the outcome would surely have been different.

To do this properly, I would suggest three questions that every company should ask its employees:

If the majority of employees can answer those questions affirmatively, your company can avoid most of the most damaging crises. If not, you should be very nervous.