Please refer to our Privacy Policy for important information on the use of cookies. By continuing to use this website, you agree to this.
Home Latest We Need Women's Stories Too, Samantha Morton Tells Cannes 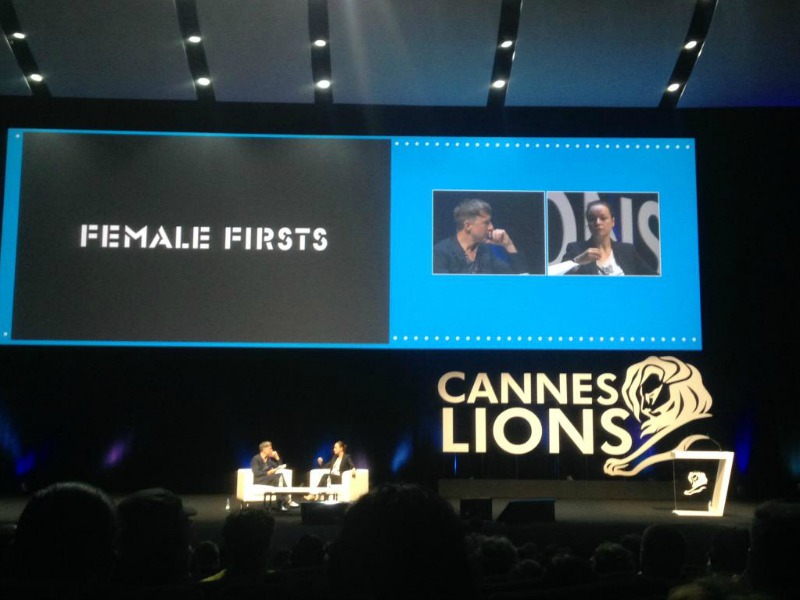 Young people need to be exposed to stories told by both men and women, rather than from a single—predominantly male—point of view.

CANNES—Young people need to be exposed to stories told by both men and women, rather than from a single—predominantly male—point of view, Dazed cofounder Jefferson Hack and actress Samantha Morton told an audience at Cannes this lunchtime.

The session spotlighted the startling fact that only 7 percent of top 250 films of last year were directed by women, and efforts by Dazed magazine to address that issue.

Said Vikki Chowney, director of content and publishing strategy at session sponsor Hill+Knowlton Strategies, “Without diversity we end up seeing the world from one point of view, and one point of view only.” (The problem is similar in the public relations industry, she pointed out. While women make up 70 percent of the workforce overall, they fill just 30 percent of senior executives roles.”

Similarly, 70 percent of Dazed readers are women, said cofounder Jefferson Hack. When the magazine talked to them, “many of the women we interviewed helped us realize the scope of the problem and to discover a new activism. When it came to film, our research showed two things: most women directors drop out at first and second feature, and that financing in particular is too big an obstacle for most of them.

“We wanted to help more women directors break through and enrich the diversity of content.”

The result was the launch of Female First, which will help to fund first and second films by female directors and which is now seeking brand partners—companies who want “to be part of a global cultural mission for female equality.”

The initiative is being championed by actress Samantha Morton, a two-time Oscar nominee, who appeared in Woody Allen’s Sweet and Lowdown and alongside Tom Cruise in Steven Spielberg’s “Minority Report,” and who recently directed her first film Unloved.

Morton expressed her preference for independent movies. “I’m a character actor really,” she said. “Hollywood is about a committee; independent firm is all about a director’s vision. It’s not that the committee’s wrong but when you have six or seven people telling you what to do as an actor, that doesn’t always work.”

Her movie, Unloved, was based on a newspaper article about girls living on the street, but clearly drew on her own experiences, having been homeless herself during her youth in Nottingham. (Morton had also played a young prostitute in the television series Band of Gold, one of her first roles.)

“There was a lack of trust initially from the ‘old boys.’ There was someone very powerful in the British film industry who refused to read my script, who refused to meet with me. He said, ‘Samantha Morton is not a film maker.’ Because I was an actress.”

Morton herself has had difficulty raising money for her second feature.

For those coming into the field, a deeper problem, she said, was the difficulty of accessing the kind of education needed to create more female directors. “The government is not giving out grants. So we are getting films from one group of people. We need our children to be exposed to all kinds of stories told by directors of both genders,” she said.