Please refer to our Privacy Policy for important information on the use of cookies. By continuing to use this website, you agree to this.
Home Latest Weber Shandwick Wins Platinum At 2016 EMEA SABRE Awards
Holmes Report 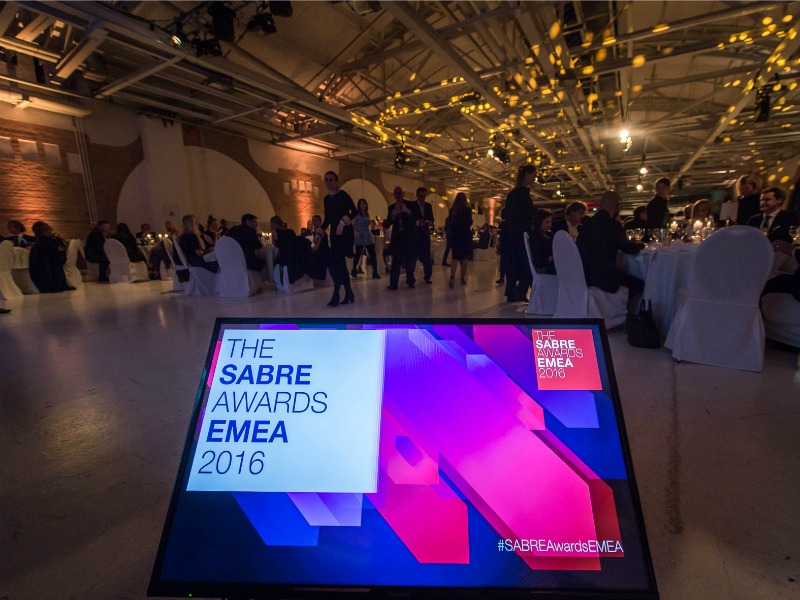 BERLIN—Global agency Weber Shandwick enjoyed a great night at the 2016 EMEA region SABRE Awards dinner in Berlin this evening, taking home five Gold and Platinum trophies for its campaign work on behalf of clients (including two for its Swedish unit Prime)—and winning the Platinum SABRE Award (Best in Show) for its Follow Felix campaign.

Follow Felix, a German campaign that provided cats with GPS harnesses, generating cat-created content as owners could follow their felines wherever they roamed, driving engagement and sales, beat out four other finalists for the Platinum Award:
·       Coca-Cola: Ramadan Dark Iftar, from Coca-Cola and Memac Ogilvy Public Relations, which tapped into Ramadan to draw attention to the problems of prejudice and prejudgment and helped Coca-Cola enhance its corporate reputation;
·       Missing Type, from NHS Blood and Transplant and MHP Communications, which persuaded businesses, hospitals, even sports clubs to take the letters of the blood groups A, O and B out of circulation to amplify the call for new donors—generating 30,000 of them;
·       Swiss Direct Democracy Meets Digital Campaigning, from the Swiss Society for Reproductive Medicine and Farner Consulting, which used cutting-edge digital and social tools to mobilize support for a more liberal approach to reproductive medicine, generating an overwhelming support and changing Swiss law; and
·       The 2 Euro T-Shirt from Fashion Revolution and Ketchum Pleon, which used a unique vehicle—a vending machine offering a 2-euro T-shirts—to raise awareness of working conditions in sweatshops.

“From GPS tracking data to educational vending machines to taking letters out of circulation for a day, PR agencies are using innovative communications vehicles to get their messages across in a compelling way,” says Paul Holmes, founder of The Holmes Report and chair of the SABRE jury. “They are employing new digital and social tools to impact public policy, and also developing great campaigns to make issues like prejudice come to life in new ways. This was a great crop of entries, and five great finalists.”

The full list of winners can be viewed here.