Please refer to our Privacy Policy for important information on the use of cookies. By continuing to use this website, you agree to this.
Home Latest Why I’m Against Cost-Of-Living Salary Adjustments For Remote Agency Employees 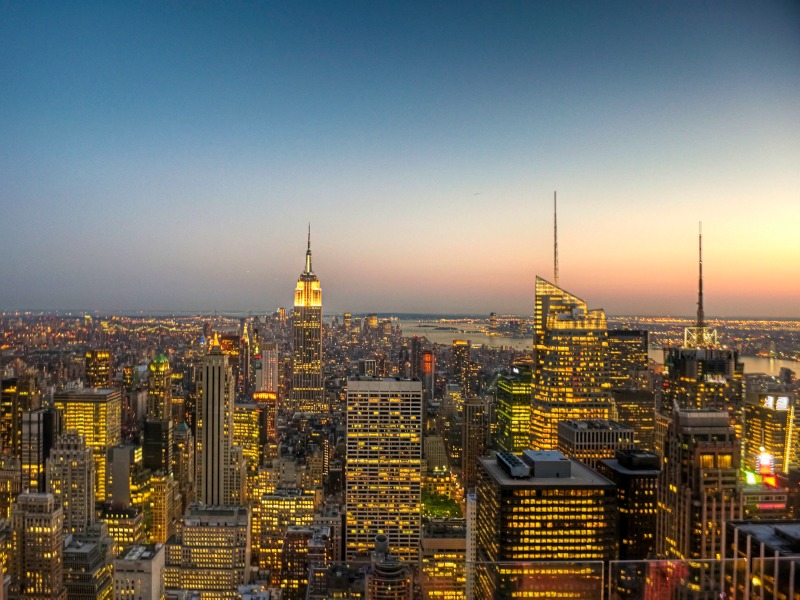 I don’t hear agencies saying they plan to bill remote employees out to clients at a lower rate. Clearly, the whole concept is about putting more of the end-of-year profits in the pockets of agency owners.

Over the course of my 30-year career in high-tech PR, I’ve only worked in three of our industry’s major markets: Boston, San Francisco and Los Angeles, with the vast majority — 20 of them — in San Francisco.

For decades, it’s been assumed that our world revolves around cities like New York, Chicago, Los Angeles and—for high-tech PR in particular—San Francisco/Silicon Valley and Greater Boston. With these regions hosting many of the world’s largest and fastest-growing tech companies, it’s only natural that tech PR agencies would set up shop close by to better compete for and service them.

However, recent news that Oracle will move its headquarters from Silicon Valley to Austin serves as one more piece of evidence that this centers-of-the-universe approach to both tech and PR may be coming to an end. While major players like Tesla are also signaling they may leave Silicon Valley, others have instead leaned into the work-from-home strategy that we all adopted as a result of Covid-19. Google has pushed back any return to the office until September 2021, while Twitter is allowing its employees to work from home forever (although forever is a very long time, so let’s just say for the foreseeable future).

The concept of “working from home” or “working from remote locations” didn’t just emerge out of nowhere in time for the Covid-19 “shelter in place” mandate in March 2020. For those of us who have spent time in larger PR organizations, remote workers and freelance team members have been a part of our daily routines for years.

The work-from-home lifestyle is often envied by younger staff who have only known the commute to an office by 8:30 every day and never being the first person to leave at 5:30. The reality is that PR agencies have varying degrees of success managing and retaining those employees who want to remain with the agency, but can no longer live in a city with a physical office presence. When I’ve spoken to previous remote employees, the feedback is consistent: they feel overlooked for the best assignments, last in their peer group to get promoted, excluded from the company culture, and the last person informed about key agency decisions.

Though I founded Bateman Agency in early 2020 before we knew what was to come with Covid-19, remote work was already inherent to our mission. With employees spread from San Francisco to as far away as Los Angeles, Palm Springs, Cleveland, Westchester County, the Berkshires of Western Massachusetts, Boston, New Hampshire, and even Riga, Latvia — we had to figure out how to work together remotely from day one. This meant that we were in the enviable position of not having to reinvent our processes and operations when the world went online last March.

For many more established agencies, Covid-19 forced significant adjustments in terms of organizing work and servicing clients. While the transition was challenging, our industry made the best of the situation, and many found that they could do the same or even better work without coming into an office every day. Understandably, this has led to some intriguing conversations: if I can do this job from anywhere, why should I stay in one of the country’s most expensive zip codes when I could instead save money and be closer to family?

The cost of living conundrum

Along with its serious public health implications, one absolute fact about the Covid-19 pandemic is that it accelerated relocation plans across all demographics. Single people, married couples, gay or straight, with or without children—anyone thinking about relocating 5–10 years down the road, all felt compelled to move and move now. It feels like our employees are fleeing major cities from coast to coast, leaving agency leaders with some new and complicated challenges. What becomes of office space in Lower Manhattan if the workforce is in Poughkeepsie or Montauk? And should we be paying an Account Manager the same salary if they’re based in Cleveland as we do in Los Angeles or San Francisco?

Again, it’s important to stress that remote work is not inherently easier or somehow more enjoyable than working in an office. As a Covid-19 vaccine is rolled out, our industry will go through a multi-stage process of returning to normal. For those who made the decision in 2020 to move out of the city, they will have to adjust to another new normal in which they’re one of only a few remote workers calling into a majority of in-person meetings.

At its core, we should be guided by the principle of equal pay for equal work. Talent is not limited to America’s three or four largest cities, and a good media relations sharpshooter or content writer shouldn’t be paid less just because their emails come from the flyover states. Covid-19 has shown that remote workers should no longer be viewed as temporary Band-Aids during staffing crunches or parental leaves, nor as a method to force a slower fade off accounts for that superstar director moving back to Baton Rouge to care for a sick parent. Now that we’ve all experienced remote working this year, agency executives should recognize remote workers can and do make huge contributions to new business, to client campaigns and to the bottom line. There is no excuse not to pay them equally for it.

I hear lots of PR agencies looking for validation that cost-of-living adjustments just make good business sense. What I don’t hear is any agency saying they plan to bill remote employees out to clients at a lower rate—just pay and bonus them less. Clearly, the whole concept is about putting more of the end-of-year profits in the pockets of agency owners. Cost-of-living adjustments do make sense for the largest companies with thousands of employees spread out all over the world. But for the typical tech PR agency with between 30 and 100 employees, it's about greed, not economies of scale.

In an industry that already struggles with salary transparency, let’s not add one more deception to the equation. Paying some workers less for equal work is about increasing profits at the expense of remote employees who are just as committed and hard-working as those based in a major city. Giving them less pay for equal work will only ensure that they leave faster for a local (or more generous remote) employer who will pay them fairly.