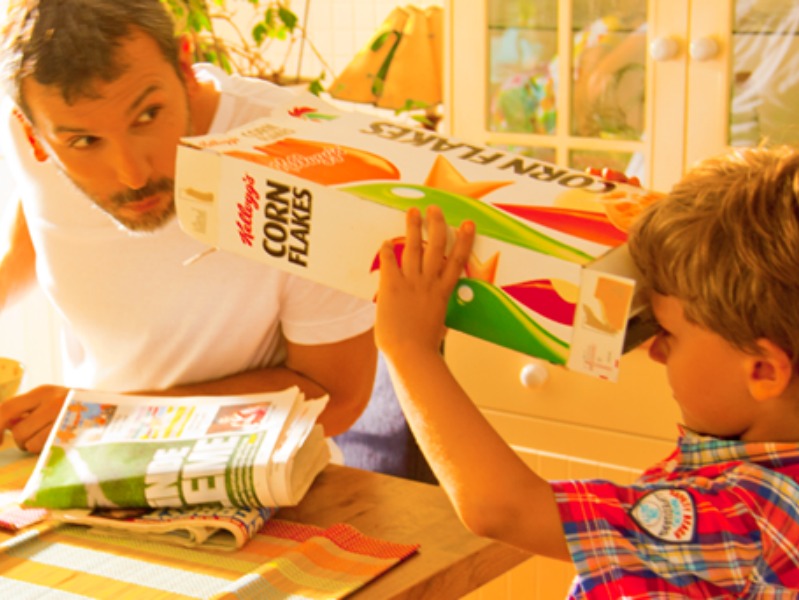 Baidu, Deutsche Bank, Kellogg and Wells Fargo round out our annual Crisis Review.

You can read Part 1 and Part 2 of our annual Crisis Review here.

In April of last year, Wei Zexi, a 21-year-old student from the central province of Shaanxi, died of a rare form of cancer. In a lengthy post that he published before his death, Wei detailed his search for treatment — which involved a hospital that he learned of from a promoted result on Chinese internet giant Baidu's search page.

"This case might have been the singular incident that triggered a public outcry, but its origins are rooted deeply in Baidu’s business model and apply to many other sectors," notes H+K Strategies China CEO QC Liang. "Indeed, there is a danger that a lack of compliance and supervision over the search engine sector could destroy pubic faith in official media sources, and seriously undermine the credibility of public information."

For this reason, adds Liang, "the case was a key focus for advertising regulators at the State Administration of Industry and Commerce, as well as top government propaganda officials in Beijing. Following an investigation, regulators ordered Baidu to reduce the advertising it carries beside its search results, a commercial model that has helped the company become the country's biggest media company.

Baidu will have learned plenty about handling a public scandal, but Liang believes that the key lesson runs deeper than that. "Firstly this should serve as a wake-up call for the company to rethink and diversify its business model," he explains, pointing to the Baidu's efforts to invest in emerging technologies and recruit scientists from Silicon Valley. Just last week, meanwhile, CEO Robin Li handed day-to-day leadership duties to COO Qi Lu, an artificial intelligence expert hired from Microsoft.

"To maintain its leadership position, Baidu will have to move further away from being a media-focused company and embrace a much wider range of technologies," says Liang. "This is doubly true now that Chinese users are increasingly obtaining information from WeChat, Weibo Toutiao, Zhihu, and other non-search sources. For Baidu, this was an important warning that shouldn’t be ignored." — AS

Continental Europe’s most high-profile crisis of 2016 involved venerable German financial services giant Deutsche Bank, which saw its stock price decline to €10 (from €30 a year ago and €100 before the financial crisis) after being hit by billions of dollars in fines from the US Justice Department, triggering fears that the bank could collapse.

Christian Pickel, director of the Frankfurt office of MHP Communications, outlined some of the issues facing Deutsche Bank and its supporters in the German government: “Instead of landing the blame on the shoulders of Deutsche’s management, many Germans and some media seem to be circling the nationalist wagons. The idea that Deutsche Bank is in large part a victim feeds into an increasingly popular story that Germany’s traditions, standards and institutions are under threat from outside.”

Pickel pointed out that John Cryan, the British-born chief executive of the bank, sent a memo to 100,000 employees blaming “forces in the market” for destabilising the bank and driving its share price lower. “That line received short shrift from Germany’s minister for economic affairs, Sigmar Gabriel, who said it was a bit rich for a bank that made speculation a business model to claim it was a victim of speculators,” Pickel noted.

“The largest German bank is in crisis mode and is faced with a struggle for survival,” says Carsten Boehme, managing partner of Instinctif Partners Germany, who praised Cryan’s decision to appoint Jörg Eigendorf, a former investigative journalist, as head of communications. “Part of Eigendorf’s job is to be honest about Deutsche Bank’s role in the financial crisis and to clearly communicate the beginning of a new era marked by transparency.

“Deutsche Bank’s public perception still is characterized by market manipulations, money laundering allegations and mortgage fraud—a perception that needs to be changed,” Boehme adds. “What will be equally and increasingly important for Deutsche Bank will be to outline and communicate a successful and promising future of the bank to all internal and external stakeholders.”

Michael Schroeder, global president of the IPREX network of independent PR firms and CEO of Berlin-based ORCA Affairs, draws a broader lesson: “Major European crises like the ones of Deutsche Bank or Volkswagen have once more shown that many challenging situations companies are facing can at least partly have their roots in the corporation itself. Thus, effective crisis prevention also has a strong relationship to implementing strict guiding principles and ethical values among employees by means of internal communications.

“As a result, change communications going along with cultural change has become an integral part of crisis prevention strategy.” — PH

In what felt like the first corporate crisis of the Trump era, Kellogg’s—one of America’s most wholesome brand names—elected to pull its advertising from the alt-right website Breitbart News, incurring the wrath of racists, misogynists and other supporters of the incoming President and facing loud calls for a boycott.

While it appeared to many observers that Kellogg’s was merely acting in accordance with its values—one of which is to “show respect for and value all individuals for their diverse backgrounds, experiences, styles, approaches and ideas”—others found the company’s decision “incredibly, mind-numbingly stupid.”

Critics even invented an entirely new rule of crisis PR—“don’t get political” (without ever explaining how not advertising on a particular site is more political than advertising there).

Despite the bluster, Kellogg’s stuck to its guns, demonstrating—in the words of Washington, DC, crisis communications expert Richard Levick, “the importance for companies to show steely resolve when they make a strategic decision that somehow turns into a crisis.”

Says Levick, “Regardless of how much power a media company possesses—real or imagined—the onus is on communicators and brand managers to make sure the company leadership sticks with its decision once made—however unpopular it may be within some communities. If the brand easily capitulates to outside pressure it risks alienating those stakeholders who may have supported the company’s decision in the first place, adding insult to injury.”

His advice to other making a similar decision: “Before a company makes a delicate decision public, strategic communicators must dig deep and conduct a cost-benefit analysis about the possible repercussions from the decision and then provide counsel accordingly.” — PH

Another year, another seemingly obligatory banking crisis, as Wells Fargo was found to have created at least two million accounts over the course of five years without the authorization of customers. The crisis started with a record fine from the Consumer Financial Protection Bureau, was exacerbated by the company’s claim to have fired 5,000 junior employees while absolving its own senior management of any wrongdoing, and culminated a month later with the resignation of CEO John Stumpf.

The political verdict was clear. “It’s gutless leadership… you should be criminally investigated,” Democratic Senator (and scourge of financial services malpractice) Elizabeth Warren told Stumpf after his testimony before Congress. Republicans were almost as harsh: “This is fraud,” said Senator Pat Toomey.

“It is no secret that the financial services industry has a reputation problem,” says Carreen Winters, executive vice president and global chair, corporate reputation and risk management, at MWWPR in New Jersey. “For years, Wells Fargo worked hard to differentiate itself from the industry, touting its culture of integrity and customer service.  How ironic that it was questions about their culture and their integrity that became their biggest reputation challenge.”

It’s a cliché that the response to a crisis can have a greater reputational impact than the crisis itself, and that was clearly the case here. “Wells Fargo was aware of the problem for several years, yet did not disclose it, or take actions to remedy it. When called to testify before Congress, the CEO issued a weak apology, but essentially blamed 5,000 employees for the problem and attempted to minimize it by classifying the creators of fraudulent accounts as the only 1% of the workforce.

Moreover, “the playbook for these situations is clear,” says Winters. “Own the problem and be accountable from the very top of the organization; bring in credible, outside parties to investigate and identify the root cause of the problem; make change. The public is pretty forgiving, and when a sincere apology is accompanied by these steps, companies typically rebound.”

Adds Richard Levick: “Three ultimate lessons can be learned from studying from Wells Fargo’s tone-deaf response to the fraudulent accounts scandal. First, canary-in-the-coalmine warnings are ignored at a company’s own peril. Second, once the magnitude of the company’s culpability was uncovered, Wells Fargo should have immediately expressed remorse, vowed to fix it, and volunteered to make a substantial institutional sacrifice before local, state, and federal regulators demanded one. Finally, by waiting too long to acknowledge its responsibility, Wells Fargo fell behind in addressing the scandal, the cardinal sin of crisis communications. Playing from behind made its recovery far more expensive and problematic." — PH