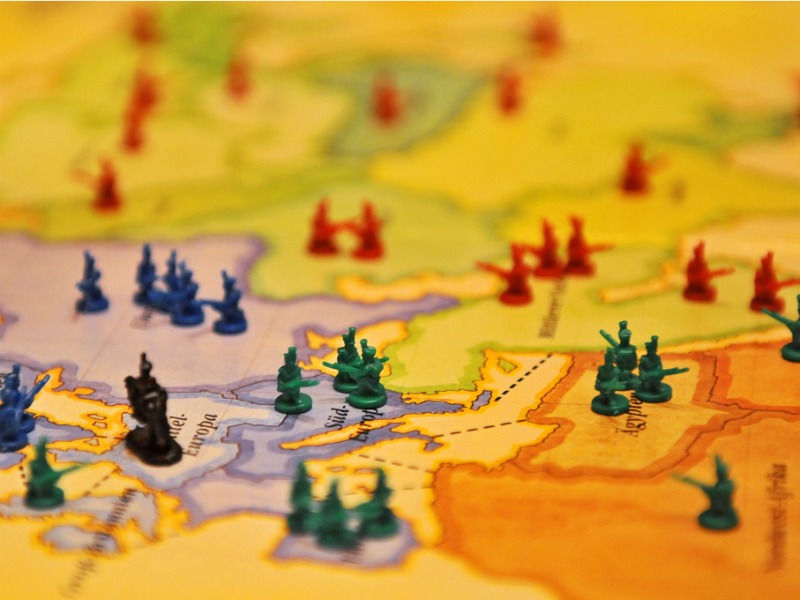 From security to climate change to the biggest election of all, the public affairs world is expecting a year characterised by volatility in 2016.

The Holmes Report’s annual Trend Forecast series looks at sector trends that will impact PR. You can find them all here.

So let's briefly recap 2015: terrorist attacks, the Greek crisis, the rise of Isis, a massive refugee migration, EU turbulence, US electioneering and continued military and humanitarian drama at various global hotspots. And that's before we mention some of the specific threats — stock market volatility, slowing growth in China and cybersecurity risks — that bedevilled business during a tumultuous 12 months.

All of which means that 2016 is being viewed warily by business, particularly the public affairs managers that are charged with navigating such a volatile landscape, punctuated this year by two major elections. As Cicero executive chairman Iain Anderson points out "global and domestic brands are going to be more attuned than ever to the political environment around them."

With that in mind, here are five trends that are likely to impact the government relations and public affairs world this year:

Measures like these, notes Tindemans, "often lead to temporary or definitive restrictions of rights that took many years to be granted in the first place, such as the freedom of movement and the privacy of communications. The tension between upholding fundamental rights of citizens and the measures required to ensure the security of people will no doubt fuel policy debates further in 2016 both at national and international level."

For political leaders, that calls for the kind of sophisticated, sensitive communication that we don't always associate with the executive branch. Businesses must take heed too, particularly specific industries. "Private companies in many sectors, such as air and rail transport and tourism or telecommunications and social media, will need to address security concerns of their customers to an even greater extent than they do today," says Tindemans.

In today's digital world, furthermore, security does not just apply to individuals, but to their data. Expect even more concern about cyberscurity and privacy, with governments and politicians responding with a more activist regulatory agenda.

The Paris agreement on climate change was rightly hailed as a breakthrough in the battle to reduce CO2 emissions, but much will now depend on countries deliver the action plan between now and 2020. Fossil fuel guzzling energy companies, notes Tindemans, will clearly "face challenges to overhaul their production habits", but many more industrial sectors — such as transportation, construction, chemicals, automotive, data...— will need to rethink their emissions policies or face real regulatory costs.

In Asia, meanwhile, this imperative will also be driven by rising environmental activism amid record-setting pollution levels, says Ian McCabe, Burson-Marsteller's Asia-Pacific vice chair of public affairs and government communications, which will force governments to step up legislation and enforcement.

"Ramped up enforcement will mean operational crackdowns for a number of manufacturers, which could lead to slowdowns at plants and an increase in operating costs for companies in markets throughout the region," says McCabe. "Companies need to prepare for the enforcement of existing rules and the promulgation of new rules and they must be prepared to be able to communicate the actions they are taking to meet their environmental regulatory obligations."

Ultimately, says Tindemans, no company can afford to stand on the sidelines any longer. "This ambitious climate plan of the United Nations will generate plenty of public affairs activity, from companies communicating efforts made and results achieved to mitigating the possible unintended consequences of specific approaches envisaged by governments."

New economy companies such as Uber and Airbnb have been largely unregulated to date, but that is changing fast, particularly as they expand in earnest across the globe. Rapid growth has not only drawn the attention of their older rivals, but of regulators who are not always impressed with the cavalier attitude that these disruptive companies can sometimes display when entering a new market.

"The “old” sectors and some public authorities are hitting back by enforcing existing regulation upon the disruptors or by inventing new rules to protect consumers and ensure competition based on a regulatory level playing ground," says Tindemans.

That will only become more important as technology continues to disrupt established industries. " Ensuring a proper regulatory environment for newcomers to develop and for consumer and other rights to be upheld is a key public affairs challenge for 2016," explains Tindemans.

Technology will not only impact companies but also the ways in which they conduct their public affairs. Micro-targeting techniques are already popular in the policial world, and are now being increasingly adopted by businesses that are keen to make drive genuine behavioural change at both a grassroots and executive level. "The 2016 US Presidential campaign will speed up this momentum even further with new techniques already emerging and it is already a key factor in UK EU Referendum strategic planning," says Cicero's Anderson. "I expect deeper micro targeting to be embraced by public affairs professionals to stay ahead of the political game."

And look for tech-fuelled fundraising platforms like GoFundMe and Kickstarter to make even more of a splash in 2016, says Mike Grillo, VP at RFI Studios. "According to NPR, during the Q3 campaign fundraising report, presidential hopeful Bernie Sanders raised $26m from 1.3m donations from 650k donors, primarily through online platforms like Twitter, Facebook, Reddit, etc," says Grillo. "This shattered President Obama’s records set in 2008 and 2012 respectively. With platforms rolling out more commerce related products, such as the Facebook Messenger’s money exchange feature, and Twitter’s “Contribute” button, expect this trend to grow in 2016."

Looming over all of these considerations are the events that public affairs pros love best — the big elections. And none will be bigger in 2016 than the US election campaign, in which a surging Donald Trump could yet rewrite conventional political wisdom, with corresponding effects on lobbying and business advocacy in Washington, DC. Typically, says, Ogilvy PR's global MD of public affairs Jamie Moeller, election years are challenging for public affairs strategists, with very little substantive legislative or policy work conducted amid the uncertainty.

"We will have a new President and there's a better than even chance the senate will change hands," says Moeller. "But the volatility we have seen in the run up to the first primaries means all bets are off about the future of our politics."

Despite that, though, Moeller believes companies must resist the temptation to hold on public affairs activity until 2017. "Regardless of who wins the Presidency and which party controls Congress, brands need to see 2016 as the year to build their reputation in Washington so they are well-positioned to advocate effectively when the new government takes power in January 2017. Every special interest and industry will be vying for attention, but the brands that succeed in being heard and earning a 'seat at the table' as the new Adminstration's agenda is set will be those that have built their reputation and developed strong relationships with policy influencers.

Beyond the US, there are more than 30 national polls or plebsicites scheduled for 2016, but the one that will likely draw plenty of interest relates to the EU's increasing existenialism. "The British referendum on EU membership will dominate many policy discussions and colour political communications," says Tindemans. "And it fuels anti-EU sentiments in some continental EU Member States, where extreme left and extreme right parties, united in anti-trade, anti-free movement, nationalistic and protectionist rhetoric, channel the anti-establishment feelings of many voters."