Please refer to our Privacy Policy for important information on the use of cookies. By continuing to use this website, you agree to this.
Home Latest Agencies of the year prove that disruption need no

Agencies of the year prove that disruption need no

One week after noting that "disruption" is an annoyingly overused term, I am back at it again. I can only hope any annoyance you feel is short-lived, because there is a wider point that needs to be made about firms that are prospering amid today's fast-shifting public relations landscape. This was brought home to me when I sat down for a podcast with my Holmes Report colleagues Paul Holmes  and Aarti Shah, to discuss our Americas Agency of the Year selections. (The show will be available next week on our Echo Chamber podcast page.) One thing that became indelibly clear was the number of AOY winners that stood out for having undergone some sort of transformation, and ending up the stronger for it. [caption id="" align="alignnone" width="500" caption="GolinHarris CEO Fred Cook"] 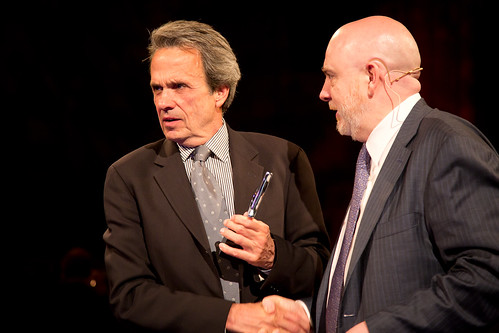 [/caption] The most obvious of these, of course, is GolinHarris, which took home overall AOY honours two years after ushering in a fairly radical revamp of its agency model. But many of our other winners fit this bill too. Gibbs & Soell, for example, grew by 34 percent after restructuring its offering to focus on specific sectors and services. Shift Communications, meanwhile, has benefited from the uncommon decision to give its employees a real stake in its progress, attracting some unconventional talent in the process. And W2O Group has adopted a holding group model that aims to position the firm for continued growth and digital innovation. Neither is every disruptive event by design. OutCast, for example, has survived and thrived following a wholesale change in its leadership, suggesting that change can sometimes help, rather than hinder, momentum. Let's be clear about this. Disruption does not always end well for PR agencies. The examples above are exceptions to this rule, in contrast to the depressing scenarios that often accompany a change in leadership, merger or acquisition. Change is hard for any corporate culture, big or small. And the idea of changing for change's sake...well, you can imagine that this is not exactly a strategy with a high chance of success. To my mind, though, it seems that without the courage (and sometimes the money) to take the right kind of risk, agencies take an even bigger risk - remaining static and potentially embracing obsolescence. A progressive mindset not only helps the agency capitalise on new developments, it also means they are better prepared for any curveballs that are thrown their way. Last week we looked at whether the BlueFocus investment in Huntsworth might disrupt the entire PR industry. Even if it doesn't, it seems clear that both companies, for differing reasons no doubt, are restless with their status quo. That is an attitude that many firms are adopting, with varying degrees of comfort. It is one that is likely to serve them well.
Article tags
BlueFocus Event Gibbs & Soell GolinHarris Holmes Report Huntsworth OutCast SABRE Awards Shift Communications W2O Group