Please refer to our Privacy Policy for important information on the use of cookies. By continuing to use this website, you agree to this.
Home Latest Aston Martin Corporate Affairs Head & Agency Under Fire For Anti-EV Report 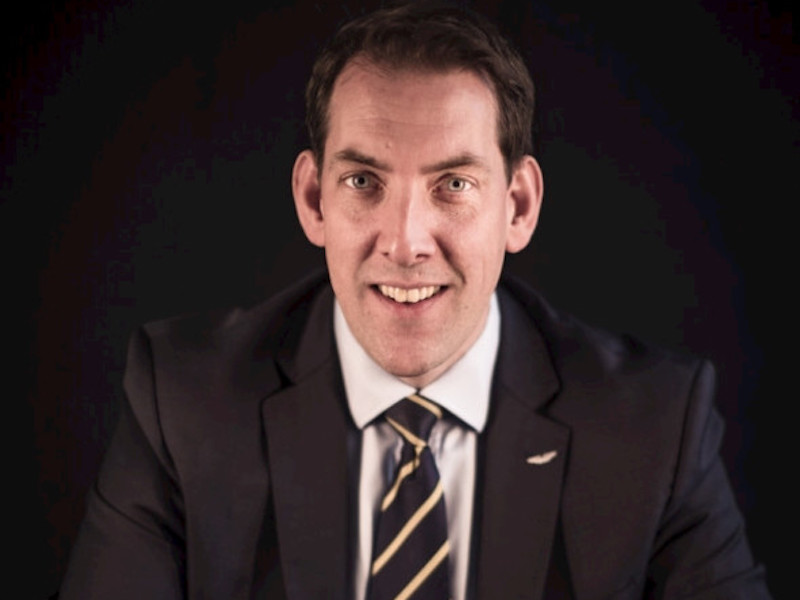 James Stephens is implicated in claims that the firm pushed inaccurate research via a "sock puppet" PR agency, Clarendon Communications.

LONDON — Aston Martin is carrying out an internal review after its global government and corporate affairs director, James Stephens, was implicated in the dissemination of a report that used incomplete data to discredit electric vehicles.

The British luxury carmaker was named, along with Bosch and Honda, as one of the firms to have commissioned a report that cast doubt on the green credentials of electric vehicles.

The findings – that it takes 50,000 miles before an EV's emissions beat those of a petrol car – were widely reported in publications including the Times, Daily Mail and Telegraph and were later discredited, as the correct figure is around 16,000 miles.

The report was published and disseminated by a new PR agency, Clarendon Communications. While looking at the report’s origins, Michael Liebreich, the founder of Bloomberg’s clean energy research arm BNEF, found that the only listed director of the "sock puppet" firm is Stephens' wife, Rebecca Stephens, an NHS nurse.

According to Companies House, Clarendon Communications was set up in February this year, and registered to the address of a property jointly owned by the married couple.

The company’s website was taken down over the weekend.

Aston Martin’s new chief executive, Tobias Moers, told the Guardian that Aston Martin’s involvement in the report began before he joined the company in August, and that he was not aware of its contents before it was published.

The newspaper reports Moers as saying he was “deeply concerned” and would be conducting a review into the circumstances surrounding the commissioning and publication of the report.

The Chartered Institute of Public Relations (CIPR) confirmed that Stephens is not a member, and said “the practice of hiding the sponsors of a message to support a cause” breached its code of conduct.

CIPR president Jenni Field said: “These alleged practices featured in this report are wholly unethical and do not represent the valuable and important work of our profession, both in respect of the information – or misinformation – presented as well as the validity of the source it came from. In this age of information, it is unacceptable for companies to be peddling mistruths dressed up as research and it should be condemned widely and forcefully.”

Clarendon Communications is not a member of the PRCA. Director general Francis Ingham told PRovoke Media: “It is entirely unethical for PR professionals to use false or misleading statistics as part of any research or campaigns. We have a duty to fight misinformation, not purvey it.

"PR agencies should also be fully transparent about who they represent. Failure to disclose client relationships damages trust in our industry and lends credence to misleading perceptions of PR as a sinister practice.”

Neither Aston Martin nor Clarendon Communications had responded to a request for comment as this story went live.