Please refer to our Privacy Policy for important information on the use of cookies. By continuing to use this website, you agree to this.
Home Latest "Be More Human": How Companies Can Tackle The Mental Health Crisis 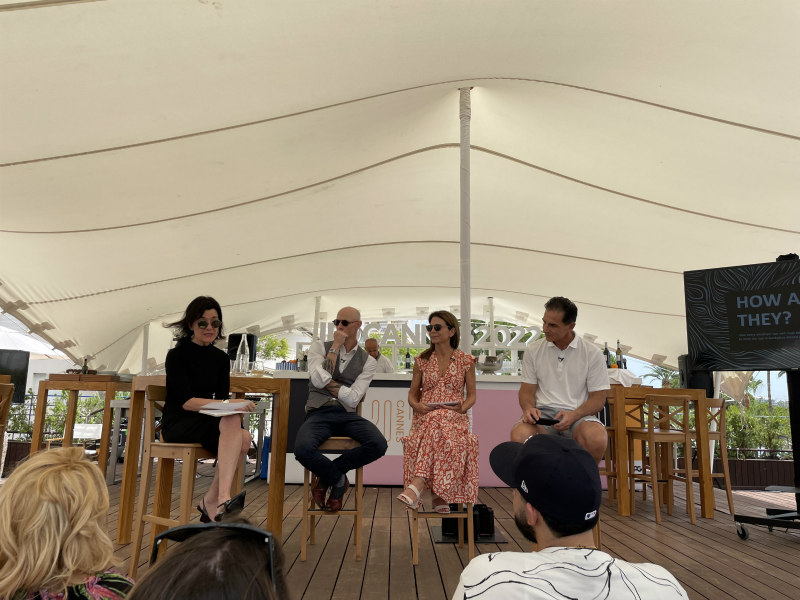 "Be More Human": How Companies Can Tackle The Mental Health Crisis

A Weber Shandwick session in Cannes examines how companies can better support their employees' mental health.

CANNES — There are no more excuses when it comes to the corporate world taking the mental health of their employees seriously, heard attendees at a Weber Shandwick session in Cannes yesterday.

The discussion, chaired by Weber Shandwick CEO Gail Heimann, found that companies can effect significant change in the area. The world's largest companies employ 20m people, with around 9m accounted for by the companies attending the Cannes Lions Festival.

Meanwhile, said Heimann, around 615m people report suffering from depression, a three-fold increasing during the pandemic. "If we can effect change at our companies, we can effect significant change," she said. "There are no more excuses."

Thomas Duncan Bell, the 'bipolar businessman' and mental health expert, noted that any workplace solutions have to start with an attitude shift. "For me, it's the aspect of being more human as individuals in our day-to-day lives ourselves," he said."What's more valuable is we all just start to have a bit more respect for one another, and start to judge people a little less."

"It's so easy but we don't do it," continued Duncan Bell. "We're just focused on this piecemeal existence where we just walk past people. You've got to find a CEO or C-suite leader who's going to be honest, coming forward. You also have to show the tangible, 30% increase of productivity [from tackling mental health issues]."

"Simple solutions," added Duncan Bell, should not be difficult for companies. "It doesn't cost anything to email everyone in the company," he said, adding that a "challenge mindset is so easy to implement in companies."

Ad Council research has found that 76% of employees want their companies to provide mental health support. The organization's chief campaign development officer Heidi Arthur likens the issue to a "communications problem — people need to know what to say, what to do, they need to hear from other people."

The Ad Council has developed a Health Action Plan that aims to provide guidance and normalize conversations, explained Arthur. Any mental health plan, as Heimann also noted, must contend with the stigma that often accompanies the topic.

"Look at the small things, that make a world of difference," said Arthur, pointing to regular check-ins with staff. "You can't rush to do it, if you don't understand the barriers."

Technology can also help. IBM Weather Company and alliances SVP Bob Lord detailed how the company is using platforms to improve mental health support for its 345k employees, including an AI chatbot. "It gave people a lifeline of where to go," he said. "There are more people accessing these tools than I think we ever thought would be."

However, Lord warned against a compliance culture that views mental health support as another tickbox. After the George Floyd murder, for example, he was surprised to find that many managers were not checking in with Black staff.

"To my surprise, we had to go back and re-educate our managers about why it was so important, which really touched on 'are you ok'?"