Please refer to our Privacy Policy for important information on the use of cookies. By continuing to use this website, you agree to this.
Home Latest Cannes: 'Integration Can Sometimes Be A Tax On Creativity' 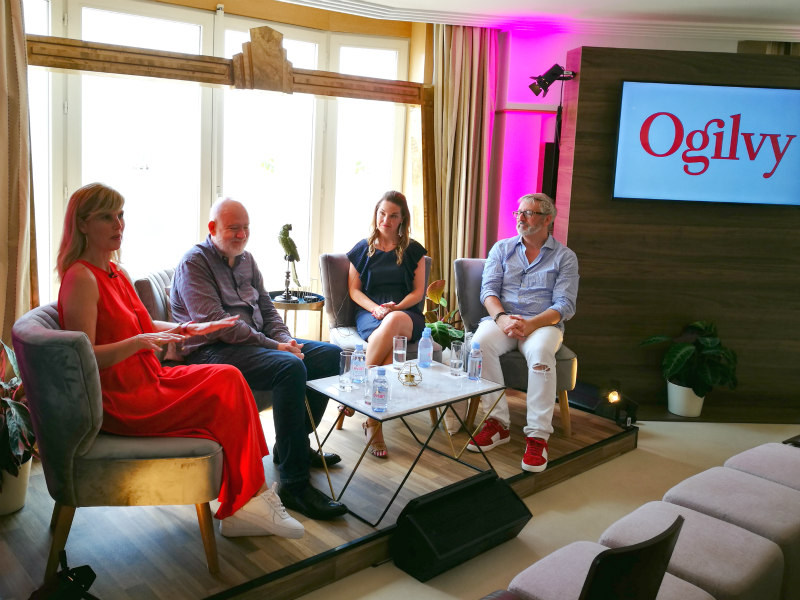 Cannes: 'Integration Can Sometimes Be A Tax On Creativity'

In a panel discussion Thursday, agency and brand comms leaders explored the risks and rewards PR faces as demand rises for an integrated approach to marketing communications.

CANNES — While integrating marcomms operations has its benefits, it can put communications at risk of losing its edge, both in terms of stature and ingenuity, if the function doesn’t make its value known versus marketing.

“Everyone knows our dollars have to work harder, and consumers are surrounded by information,” said Dustee Jenkins, Spotify’s head of global communications and public relations, adding that reaching them through the right mix of content types and channels is a tough charge. “CMOs today know they have to get that right,” she said.

Key, however, is ensuring that the particular strengths of each component of that content mix  — be it PR, marketing or advertising — not get diluted in the process, she said. “I don’t think you could unrest the power of expertise within companies. It’s really important to put the emphasis on there being expertise within communications,” Jenkins said.

Jenkins’s comments were part of a panel discussion about the growing demand for integrating services, and the risks and the rewards that come with it, Thursday at the Cannes Lions International Festival of Creativity. Stuart Smith, Ogilvy’s global head of PR & Influence, and Bacardi global head of Brand PR Lisa Jedan, also were on the panel, which was sponsored by Ogilvy and moderated by Holmes Report’s Paul Holmes.

For Smith, the issue is not about semantics and definitions, but rather seeing PR thrive in an environment where it works in conjunction with other specialties to further goals. “The true power of what we do as a craft is no longer defined by its P&L. It’s described as the impact you have on the process,” he said. “It’s about the relationships you have with people.”

But because PR doesn’t necessarily have the same tangible effect on companies that marketing does — making more money — it is incumbent on communicators to leverage their indispensable capabilities, he said. “The value of PR is going to be in the idea,” Smith said. Without that, “there is nothing to integrate around,” he said.

“There is a big difference between being PR-centric and idea-centric,” he said.

Jedan, however, said the ingenuity that is an intrinsic component of successful public relations could be at-risk under an integrated model that doesn’t harness what the different specialists bring to the practice.

“My watch-out is that integration can sometimes be a tax on creativity. We have to be careful of how we do that so ideas don’t get watered down,” she said. “The integrated agency is a procurement dream. Not a creative dream.”

While the model works in some cases, it certainly is not an end-all, she said, particularly for PR, which has capabilities beyond creating communications campaigns to working to remedy identifying business issues, and engaging the gamut of stakeholders.

At the same time, PR stands to lose out to less esoteric specialties, particularly when company heads don’t fully grasp the role communications plays in organizations’ success, she said. “(Working with) people who don’t understand PR or comms means (you) have to fight your way in,” Jedan said. And while leaders don’t need to be experts in the practice, they need to know that they need to brings us to the party,” she said.

Yet the public relations industry is not without culpability in the creation of the problems it faces, including a waning sense of place and purpose, she said. “I have no idea where comms is today,” Jedan said, adding that the industry “either got lost along the way” or lost pull with leaders as quantitative measurement became more important.

“I don’t know how we ended up where we are when we manage multiple stakeholders,” she said. “PR needs to do better PR.”

Jenkins said boosting perceptions of PR within an organization often takes a crisis. “Nothing makes you understand the value of an issue like an issue,” said Jenkins, referring to the management of a data breach that occurred during her seven years as Target’s CCO. “I want the marketing team to respect us when we are building great stories … and when we are fighting fires and putting out flames.”

Jenkins nonetheless said that she is “excited” seeing agencies and brands breaking down creative silos as a means of furthering consumer engagement, and there is great potential that comes with blending ideas and creativity.  “An idea can come from anywhere,” she said, adding that integrating teams can “help our budgets and our stories stretch and live longer.”

Still, she added, “You can’t just spend your way to success. There is a way to reach consumers through earned media that is real and valuable and meaningful.”