Please refer to our Privacy Policy for important information on the use of cookies. By continuing to use this website, you agree to this.
Home Latest Cannes: Aflac Opens Up About Risks From Successful Purpose Shift 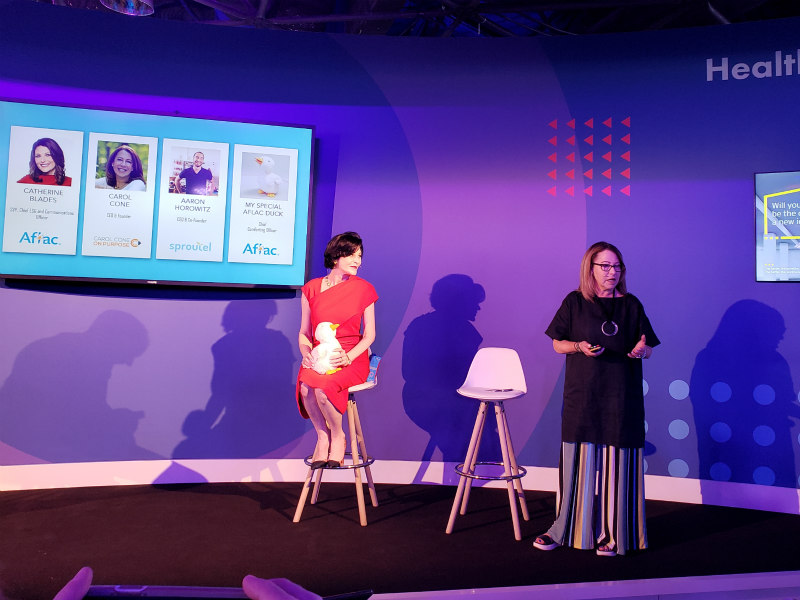 Cannes: Aflac Opens Up About Risks From Successful Purpose Shift

The insurance company's duck robot may seem like an obvious success story, but required an appetite for risk and long-term commitment.

CANNES — At a time when the concept of brand purpose appears increasingly vogueish, Aflac provided a salutary reminder that brands can drive positive change during a Cannes Lions session that explored the insurance company's interactive duck robot.

The smart toy robot (My Special Aflac Duck) has so far helped more than 4,300 children battle through cancer, by providing emotional support and helping kids open up and communicate through such a troubling period. It is the centerpiece of the Aflac campaign that won Best in Show at the 2018 North American SABRE Awards.

As the company's chief ESG and communications officer Catherine Blades noted today, the approach was not without risk, given the historic use of the duck in its marketing activities. "In large part, it was about doing the right thing," she said. "But when you take the 20bn asset and pivot the voice and change the purpose to align less as an advertising and pop culture icon and more as a philanthropic and caring initiative to make a difference in the world — there’s a lot of risk involved."

Carol Cone, the purpose pioneer who led the session and helped devise the duck, noted that Aflac had also succeeded by staying true to its long-term values, which include a considerable commitment to paediatric cancer.

"Stick with it," said Cone. "There’s so much social purpose for all of us. It’s the deep roots that make it authentic."

And while Aflac did not conceive the interactive effort in order to improve business results, Blades admitted that there will always be questions about the return on investment.

"We didn’t do this for the business results, we did this to help children," she said. "But eventually an investor or analyst will ask the question. What do you get out of this $3m a year investment?"

The campaign, which included zero advertising and was powered purely by PR, resulted in 15% of Americans becoming aware of the duck. Of those 15%, added Blades, "100% are more likely to buy an Aflac product because of the Aflac duck."

"When people see this, they think it’s a toy," said Blades. "Once people realise it’s not a toy, and we have research from physicians, no one can argue with results either. It didn’t take long for the media or the actuaries to buy in, once they saw the results."