Please refer to our Privacy Policy for important information on the use of cookies. By continuing to use this website, you agree to this.
Home Latest Cannes: Brands Can Avoid Being Fake By Shifting To Niche Influencers 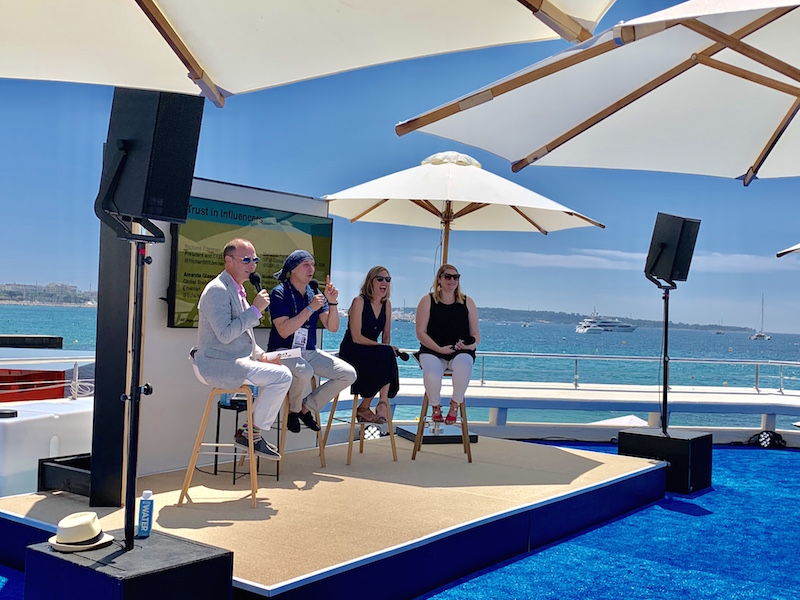 Cannes: Brands Can Avoid Being Fake By Shifting To Niche Influencers

Edelman’s latest research shows relatability is nearly twice as important as popularity in terms of what attracts people to influencers.

CANNES — New research revealed at the Cannes Lions Festival of Creativity showed the need for brands and agencies to shift away from celebrity influencers to micro- and nano-influencers, as relatability is nearly twice as important as popularity for consumers.

In a session led by Edelman at the Cannes Lions Festival of Creativity – one of the few PR agencies this year to have stage time in the main Palais programme as well as on the fringe – Richard Edelman revealed the agency’s latest findings on influencer marketing as part of its Trust Barometer special report into consumers’ trust in brands, saying “People want to hear from real people, not celebrities.”

The report also found that 63% of consumers trust what influencers say about brands over what brands say about themselves. In addition, 58% of consumers said they have bought a product in the past six months because of an influencer, 40% trusted the brand as a result, and 33% talked about the brand, leading Edelman to conclude that “influencers earn sales, trust and advocacy.”

Glasgow said that influencers were now a huge part of the marketing mix for clients, but that influencer reach was becoming less of a priority: “We’re seeing more clients lean into credibility and authenticity, and that’s what the research found: it’s two times more important that influencers are seen as being authentic, that they share your values and are someone you can learn from, rather than being famous or having a big following.

“It’s about us as the agency reorienting ourselves not around finding the biggest, baddest celebrity to tell a brand story, but finding groups and communities to build something more relatable.”

“That group of people is open and ripe for partnership. It might not be Kim Kardashian tweeting, but the appeal for brands is that it feels local, relatable and believable. The Fyre Festival was the last straw in breaking into a new era of influencer marketing that is solely based on authenticity and credibility. Brands don’t want to be fake.”

Herman said GSK was still approaching influencer marketing with caution, and that more rigour needed to be applied to the process: “As brand marketers most of our job is relatability. The scary part of that is how dynamically influencer marketing is changing, and how we police that, have safety and control, and keep the credibility we’re used to having as a brand.

“Getting comfortable with allowing influencers to take content on your behalf is something we’re working on. We set up what’s critical for us from the beginning, and really trying to make sure that there is synergy between the values of the brand, and the values of our influencers and why they are passionate about the topic.”

Herman added that it was critical for GSK to avoid issues around influencers falling foul of advertising standards around the world: “We are becoming more rigorous with the planning process and monitoring after influencer campaigns, not just for sentiment but to check nothing is off about what they are saying. Influencers who aren’t well trained may say something positive, but the FDA might say that they didn’t meet regulations. That’s exactly what we’re scared about and trying to avoid.”