Please refer to our Privacy Policy for important information on the use of cookies. By continuing to use this website, you agree to this.
Home Latest Challenger Bank Bunq Hires Clarity For European Comms 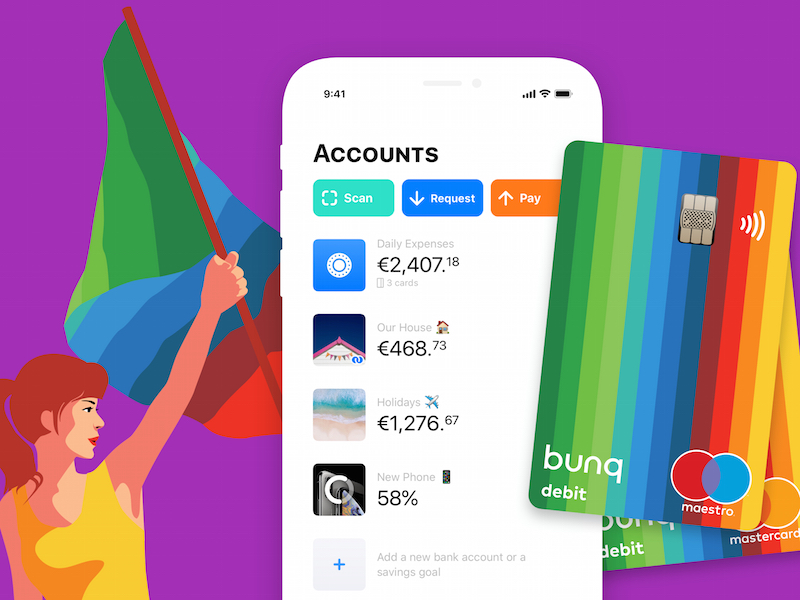 The agency has been briefed to take the Dutch-headquartered fintech into the consumer and lifestyle media.

LONDON — European challenger bank Bunq has appointed Clarity PR to handle its European communications and take the fintech into the mainstream lifestyle media.

Bunq, which is independent and headquartered in the Netherlands, has a market presence in more than 30 European countries and is operated via an app with innovative features such as enabling groups to contribute towards charity and tree planting goals.

The bank was founded in 2012 with sole investment of €44.9m by Ali Niknam, who has been an entrepreneur since his teens and was awarded the first European banking permit in over 35 years.

Clarity’s remit is to develop and execute a PR strategy that will take Bunq beyond the trade press into the mainstream lifestyle and consumer media via creative campaigns and press office activity, as well as corporate outreach.

The agency is partnering with local firms Akima Media in Germany and Fabriq Public Relations in France.

Niknam said: “We want to radically change the traditional banking industry – so we need to go beyond the traditional media outlets where you see banks appear and talk to our customers in a way that others have refused to do. Bunq is the only bank in the world that lets users decide what we do with their money. Of all the agencies we met, fundamentally we believed Clarity was the agency that would help us get shit done.”

Clarity’s London MD Rachel Gilley added: “We have always said it is a privilege for us to tell stories of transformation that create positive and lasting impact; never has this been more true than the vision Bunq delivers. Their socially conscious approach is now and will continue to make a difference in the world. We're over the moon to have won this European brief and the team couldn't be more excited about showcasing how Bunq is leading a new culture of banking."