Please refer to our Privacy Policy for important information on the use of cookies. By continuing to use this website, you agree to this.
Home Latest Challenges Await As Innocent Brings Sustainability Case To Asia With Japan Launch 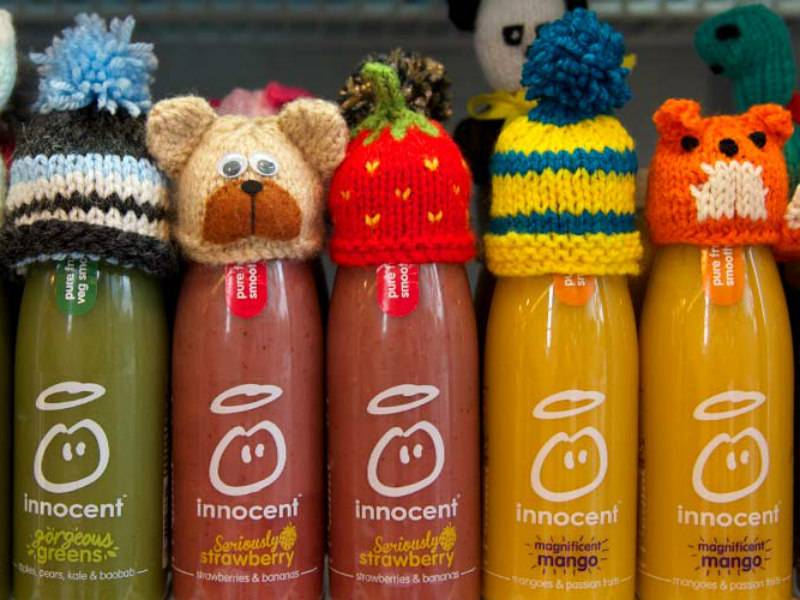 The UK smoothie brand's CEO and marketing lead explain how it hopes to translate its purpose-focused story in Japan, the first market it will enter in Asia-Pacific.

Innocent, the UK-founded smoothie brand, has had quite a journey since its debut in 1998 at a London festival stall. After controversially selling to Coca-Cola in 2013, it now has revenues approaching £400 million. But until a matter of weeks ago, it hadn’t ventured as far as Asia-Pacific.

The company now hopes to build a presence in the region via Japan, a notoriously difficult market for international newcomers — but one that is also slowly waking up to the global shift away from sugary drinks and snacks to apparently natural, healthier alternatives. From there, it aims to enter China by the end of the year, according to chief executive Douglas Lamont.

Lamont says Japan was chosen as the entry point for its appreciation of quality and “kodawari” (a term that is difficult to define but essentially means obsessive attention to detail), as well as a well-defined sense of sustainability. The latter point is questionable considering problems such as (by the standards of many other advanced nations) excessive use of plastic in packaging, but the fact that it has been raised as an issue at all by the government and in the media suggests environmental issues are featuring more strongly on the radar.

Leading Innocent’s positioning in this changing market is Aiko Kato, who goes by the title of ‘marketing projuicer’ (a witticism which unfortunately doesn’t come through in Japanese). Innocent, with a quirky culture that has ostensibly survived Coca-Cola, is something of a departure for Kato, whose past experience includes stints at Bayer, Unilever, P&G and Shiseido. She says the company’s playful style attracted her but that it was its seeming sophistication as a business, and the business opportunity in the market, that ultimately led her to join.

Kato says Innocent aims to appeal to a growing consumer segment of “life embracers”—people who hold a generally positive outlook on the world, want to get the most out of life and are engaged in society (as opposed to being naively optimistic). She says the company defines them by attitude and lifestyle, not by age or gender, and notes that a layer within this group pay special attention to “good things” performed by a company.

Innocent is keen to talk up its sustainability credentials. On its website, it talks of vetting suppliers carefully to ensure they conform to “international sustainability standards”, and various efforts to minimise the impact of production on the planet. The company plans to open a “zero carbon” factory in the Netherlands in the near future.

The positioning is more convincing for a small independent brand than for one that’s part of a global corporation that has been accused of depleting and polluting India’s water supply, among such other issues such as use of plastic. Indeed, Innocent’s packaging (partially composed of recycled plastic and plant material) bears no mention of its relationship with Coke.

Whether the association matters or not to the way the brand will be perceived in Japan is unclear. One communications industry observer notes that even though people are starting to pay more attention to sustainability and responsibility issues, they typically don’t regard multinationals with the same level of cynicism as is evident in western markets.

Kato explains Innocent is “connected but not integrated” with the fizzy drinks giant. “Coke respected how Innocent got big and made a commitment to leave it that way,” she says. “That’s why the brand operations and recruiting supply chain is very different.”

On a visit to Tokyo, Douglas Lamont, who has served as Innocent’s chief executive since 1999, says he “drank the Kool Aid” when the company was still independent but has stayed on because Coke has been supportive without interfering. He suggests the “federal structure” is something others might like to try to emulate. There are clear advantages:

“Day to day I never see anything of Coke but when it comes to the Olympics I have the luxury of leveraging on Coke to get a sponsorship,” Kato says. She declines to comment further on Innocent’s involvement with Tokyo 2020, but the event would obviously provide a useful springboard to gaining national awareness.

Innocent has a deal with 7-Eleven and selected restaurants in Tokyo, putting it in around 200 outlets around the city, but Kato says the brand is targeting national distribution next year. One of Innocent’s most successful PR initiatives in Britain is ‘the big knit’, an improbable campaign that invites people to knit miniature hats for the bottles to ‘wear’, generating funds for the needy elderly via the charity Age UK.

It’s easy to imagine the cuteness of the idea finding favour in Japan from a purely aesthetic point of view. But Kato says whatever approach the brand employs in the market, “what’s important is to answer a social issue. In the UK, it’s about old people not being well taken care of in winter; maybe in Japan it will be something different”.

Taking into account the novelty-driven nature of Japan’s drink and snacks market, Innocent may yet be forced to localise to an extent that it has not seen elsewhere. For now, Kato and Lamont hope that the product’s quality combined with messaging that is in tune with changing social dynamics will be enough to carry it. One positioning it won’t adopt is that of functionality.

“People have always been after functional products,” Kato says. “They are getting over that now and reaching for something that is just satisfying. They are less afraid to say, ‘I’m not mainstream’ and ‘This is how I define happiness’. I think for us as a non-functional brand with lots of stories to tell behind the product, [we are well positioned] to capture their attention.”

From an employer relations perspective, Kato also hopes to convey the merits of Innocent’s “relaxed performance culture”—an easygoing environment that offers lots of autonomy while demanding strong results—at a time when Japan sees a need to rethink its culture of notoriously long working hours.

While Japan is never an easy place for a new brand—let alone a new international one—to succeed, the present odds seem about as favourable as Innocent might hope.