Please refer to our Privacy Policy for important information on the use of cookies. By continuing to use this website, you agree to this.
Home Latest Citigate Dewe Rogerson France Triumphs In ICCO Global Creative Challenge 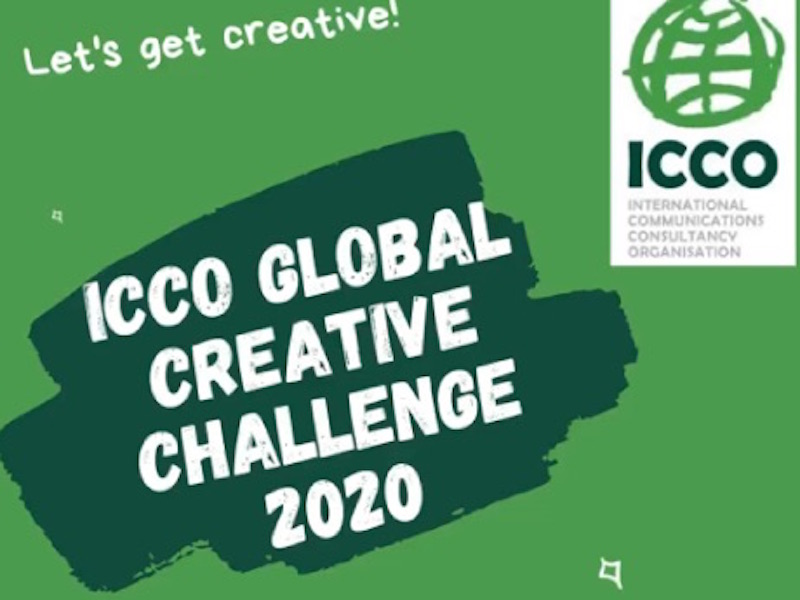 A team from The Romans in the UK were the runners up in the next-generation creativity contest.

LONDON — A young team from Citigate Dewe Rogerson in Paris have triumphed in the first ICCO Global Creative Challenge contest, judged by an international jury this week.

Agathe Boggio and Quentin Dussart were judged to have created the best campaign from seven global entrants – all winners in their national or regional trade association heats – for UK children’s charity NSPCC.

The UK team – Gabriella Speed and Kandace Williams from The Romans – were awarded the runner-up prize for their idea.

Regional creative challenge winners from France, Italy, India, UAE, Mexico, Indonesia and the UK competed in the global final. Each team consisted of two creatives under the age of 30, who were given just 24 hours to fulfil a challenging campaign brief set by the charity.

The objectives included raising awareness of child abuse, incidences of which have gone up during lockdown, and encouraging adults to be confident in reporting abuse. Each team was given five minutes to present their ideas to the panel of 11 judges from around the world.

The winning idea involved a brand partnership with Domino’s Pizza to deliver the message that seven out of eight cases of child abuse are missed, while the runners up focused on using messaging on milk cartons to highlight the subtle signs of child abuse.

Daniel Mazliah, head of media and campaigns at the NSPCC said: “Children are the hidden victims of lockdown. Now more than ever, we all have a role to play in keeping young people safe. That mission was at the heart of the challenging brief we set. All seven of the finalists from around the world stepped up and the excellent pitches contained creative ideas that we hadn’t considered before.

“I was really impressed by how thorough they all were, and how well they all understood that raising awareness of child abuse requires a nuanced, engaging and human approach. Deciding the top two campaigns was incredibly difficult, as all the teams were worthy of consideration.”

Jury chair Alex Malouf, corporate communications director at Schneider Electric MEA, added: "We saw passion, belief and bucket loads of creativity from all of these young people. They'd had a day to read the brief, do the research and come back with an idea that'd work. And every single team achieved this on a project that'd have challenged even the most experienced professional. Well done to everyone who took part. Going by what we saw in the judging for the winners, the industry is in safe hands.”

The winning team will be presented with the trophy at the ICCO Global Awards in December, and will also get the chance to present their idea at forthcoming ICCO and PRovoke events.

The other finalists were Claudia Tranti and Ludovica Marchese from Omnicom Italy; Daniel Huerta and Kenia Mendiola from Lithium PR in Mexico; Fuad Arrasyid and Mira Febri Mellya from Maverick Indonesia; Michael Hylton and Reem Al Ajeel, from Instinctif UAE, and Paromita Sinha and Somya Jain from RuderFinn Asia in India.