Please refer to our Privacy Policy for important information on the use of cookies. By continuing to use this website, you agree to this.
Home Latest Crisis Lessons From KFC: “Ultimately We Needed To Be Brave” 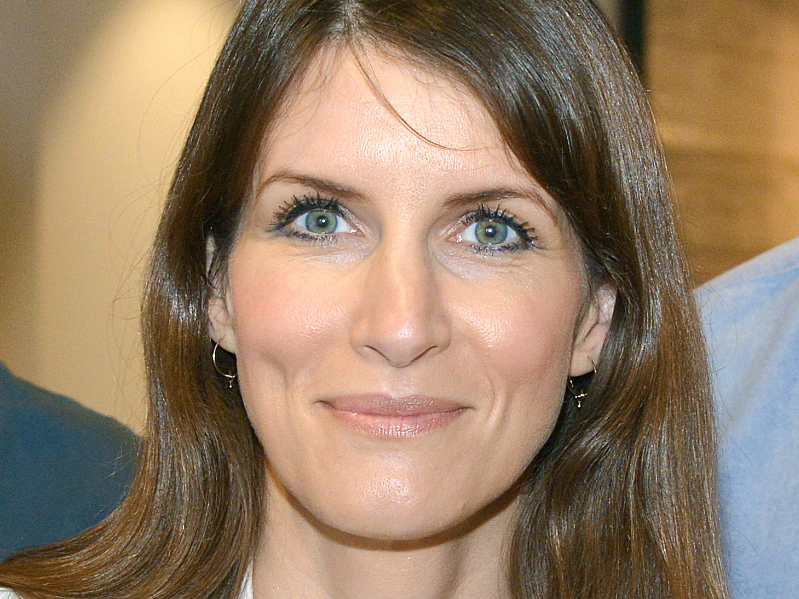 Crisis Lessons From KFC: “Ultimately We Needed To Be Brave”

It might not count as a natural disaster, but when a fried chicken shop runs out of chicken, it’s certainly business and reputation-critical. KFC’s head of brand engagement Jenny Packwood — who has been with the company for 10 years — talked to the Holmes Report at Cision’s CommsCon event about how her in-house and agency teams at Freuds and Mother managed an intense few weeks this spring, after a supplier change led to most of its 900 UK restaurants being closed.

Tell us about your role at KFC, and how it has evolved.

I’m head of brand engagement, which means building brand love and trust. It encompasses PR and running a busy press office with our agency partner Freuds. My team is also responsible for managing content on all social media channels, which we do mostly in-house with some agency support from a combination of agencies including Freuds and Mother. It took us a while to work out what we wanted to do with social media but over time it became clear that PR and social needed to be brought onto the same team. What I bring to the role is the earned lens, because my background into marketing was via PR: I always say to the team, if you have to put a shedload of media behind a post, it’s not a good enough idea. It needs to be able to wash its own face: the best ideas don’t need media spend, they just fly. We also run bigger brand campaigns including around trust in the brand, and more challenging issues like welfare and how we do the right thing. The customer team also now sits with me in marketing as we see so many issues originate from customers.

What’s your general approach to crisis management at KFC?

There’s not much that can shock me anymore; if you have 900 restaurants you’re going to have some issues. But whatever it is, I really believe in being transparent, in owning an issue and not trying to pass the buck or fudge it. The most important thing when we’re facing a crisis is to know who we are as a brand, know our tone of voice and stick to it. When you’re under pressure the easiest thing is to default to a corporate statement that comes from lawyers and sounds insincere, but if people don’t buy it, it does more harm than good. There is nuance, and you have to deal with every single crisis on its own merits. It wouldn’t be appropriate to use our lighthearted, irreverent tone if someone has got hurt, but you have to find a way to be true to your brand and find a balance, treading that fine line between being credible and sincere, and corporate and formal – unless, of course, that’s your brand voice.

So how important is tone of voice in a crisis?

You cannot underestimate the importance of tone. People obsess about process, whether they have got their crisis plans on the shelf and what would and wouldn’t they say if this or that happened, but how you say it is just as important. It has the potential to make or break whether you come out of it well or sound tone deaf. Social media has changed how consumers and the public feel about brands and businesses, we have become a much more informal society and people expect that one-to-one tone. Under pressure, that’s when you need to double down on your brand voice.

When did you realise the chicken shortage was becoming a crisis management situation?

It started on Valentine’s Day. We’d moved to a new distribution partner and within about a day we knew there were some issues and we started to get news coming in from our operations team that some restaurants hadn’t had deliveries. It took another 24 hours before we thought this could be quite big, and over that weekend that the scale of it was recognised [at the peak of the crisis, 646 KFC restaurants across the UK were closed]. Then we moved very quickly — within two or three days we knew it was huge and getting worse — it was unprecedented. We all talk about being prepared, but with truly huge issues you can’t be. To give a sense of what it felt like, we took 321 media enquiries in seven days, which is half of our annual average in one week. Our press team at Freuds were exceptional in their handling, but it was relentless. There were more than 1,000 pieces of coverage, it became a global print, broadcast and online story and there wasn’t really a major news outlet that didn’t cover it.

Why do you think it became such a huge story?

There was a combination of factors. Being a high-profile iconic brand on every high street is like injecting rocket fuel into a crisis. If we had been smaller, no-one would have cared. Also, it was down to the nature of the story: even though it was a delivery issue, there were lots of sub-stories that created a constant stream of news with angles coming out hourly, from staff pay to food wastage to unions, to MPs getting involved — it was the media gift that kept on giving, with no end in sight. And we couldn’t tell anyone — from media to our franchises — when we would be able to reopen the restaurants for a couple of weeks, because we just didn’t know.

So how did you come through it?

The FCK ad was the most famous activation, but that was at the end of nine days of managing the crisis. There were certain principles established pretty quickly: we stuck to our brand voice, and we tackled the issue head on. We didn’t try to shift blame or responsibility elsewhere, and put our hands up and said it was a massive cock-up. We had a huge amount of goodwill from the media because we weren’t hiding. We decided to go with social media as our proactive communications tool and that worked really well: under that degree of scrutiny, it allowed us to engage customers looking for answers but also feed into the media.

My team wrote this brilliantly disarming Q&A which basically just said “KFC, you have one job, how did you get it so spectacularly wrong?” We prepared spokespeople but in the end the tone we were using on social was doing the job of humanising the brand so there was no value to be added. The whole business was focused on this. The management team was under unbelievable pressure, but our new GM Paula MacKenzie trusted us to crack on. Even when restaurants started to reopen they didn’t have full menus, so it was difficult for the business for a long time, and the financial impact for the year is still not clear.

Tell us about the creation of that award-winning ad.

Mother, our lead creative agency, were awesome. Their creatives came up with the ad in the first week and within about 36 hours it was in print. Our press office team at Freuds felt that most of the angles had come out by the end of that first full week, and we wouldn’t get another curve ball, so it felt safe to take the risk. We felt really passionately as a team that it was absolutely the right thing to do – it allowed us to take back control of the narrative. There were differing views in the room but ultimately we needed to be brave, and creatively it’s such a joy, you can’t see it and not smile. The ad enabled us to say sorry with a big platform, in a way that felt human and bold. It didn’t stop the crisis but it totally shifted the media focus onto our response and handling, rather than the crisis itself. It was really powerful and we saw an immediate spike in positive sentiment.

What have you learned from this episode?

That it’s vital to know what your brand stands for, and its tone of voice. We’ve invested a lot in fine-tuning what the brand needs in the UK and even three years ago, we might not have handled it the same way. That it’s vital to have joined up internal and external comms. And one of the reasons it worked so well was because the team was so strong — I’m so lucky to have a brilliant integrated in-house and agency team. I would take a well-functioning team that trust each other over a well-written crisis plan any day of the week: when push comes to shove, that’s what gets you through.