Please refer to our Privacy Policy for important information on the use of cookies. By continuing to use this website, you agree to this.
Home Latest Davos: A Communicator's Take On The Rise Of Robots 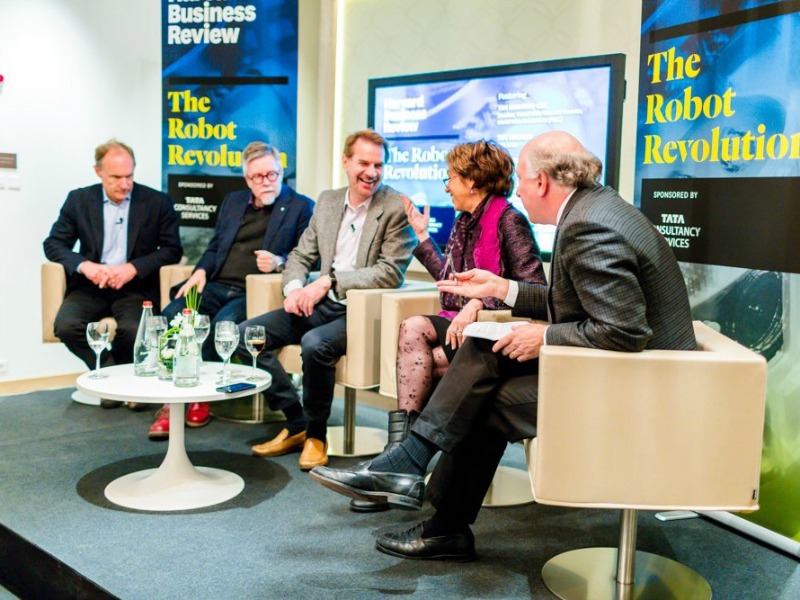 Davos: A Communicator's Take On The Rise Of Robots

Beyond the confines of the World Economic Forum's Congress Centre, the 'Davos Fringe' continues to grow in influence, as illustrated by the dizzying number of private events that feature heavy hitters from the worlds of business, politics and academia.

Korean robot Hubo had already attracted plenty of attention at Davos, in keeping with an agenda that was squarely focused on technology. Unsurprisingly, the panel discussion looked beyond automation to consider the societal implications of robots joining the workforce.

While the panel was, in general, optimistic about their utility, concerns lingered over the risks that robots could pose to society. As Tyson cautioned, "the foremost challenge is that the economic bounty that will be created by the robot revolution may not be distributed in a socially acceptable manner."

After the panel I asked Abhinav Kumar, chief communications and marketing officer for Europe at TCS, on how he sees the rise of robots affecting the communications profession.

What did you take away from this session?

Kumar:  The digital revolution or the fourth industrial revolution – which is the theme of this year’s Davos, is undoubtedly changing and will redefine every industry on our planet and the media sector is no exception.

As always reality will lie somewhere between what the extreme optimists and extreme doomsayers are saying – the golden middle path. Robots will increasingly become another tool for us to improve the state of business, society and our world but at the same time there will be new frontiers for humans to invest their time on, and many existing fronts that will just have to be done by humans.

Sir Tim Berners-Lee said on the panel that he would hate to watch an athletic event between robots and one thing that Erik Brynjolfsson said struck me – "Some things just cannot be automated, a halftime pep talk by a coach to a losing team, can in no way be done by a Robot." Hence sports, teaching, care professions and all other professions that need a high human touch will always require it in the foreseeable future.

What about the communications profession?

Kumar: Let’s look at journalism first. One of the panelists said that we have a perception bias of the term 'robot' — imagining something metallic with arms and legs. However many algorithm-based fully digital robots already exist.

The panel gave the example of how breaking news, like an earthquake, is now being tracked by these bots and a fully automated basic story can be published by them in seconds, faster than any journalist can do, with all the basic facts and figures.

Some of these applications may grow, but my view is that there is a limit to this. For example if you had to draft an 'op-ed that will change the world' using sarcasm, high emotion and humour to state how a certain candidate was unfit to be president in a major upcoming election – it would need an extremely skilled and seasoned editor to make that work.

On the in-house communications front, it would be a similar mixed experience. Many of my peers, other comms chiefs I speak to, keep complaining about how difficult it has become to manage growing content, data and the need to deploy it ‘live” in a myriad of social media channels. Automation there is already starting to help and will create more value when it gets smarter through machine learning.

But if you need to advise a CEO of what tie he should wear to the CNN interview or prep him as a spokesperson, a human touch will be incredibly hard to replace. Robots as spokespeople may end up being more accurate on facts, but who would want to watch a robot on TV giving an opinion on the company’s next quarter or even the weather.

Finally PR agencies are already feeling the brunt of automation and social media, since it has become harder to add value between the client and media publications with more direct content deployment and engagement possibilities available, including owned media. Their value will lie in forging relationships and in helping raise the inspirational quotient as well as relevance of the content from their clients.

Ultimately I remain a technology optimist. Wherever there is disruption, there will always be new brighter opportunities ahead for human ingenuity.