Please refer to our Privacy Policy for important information on the use of cookies. By continuing to use this website, you agree to this.
Home Latest Davos: Advertising Has An Obligation To Tackle Bias Says P&G President 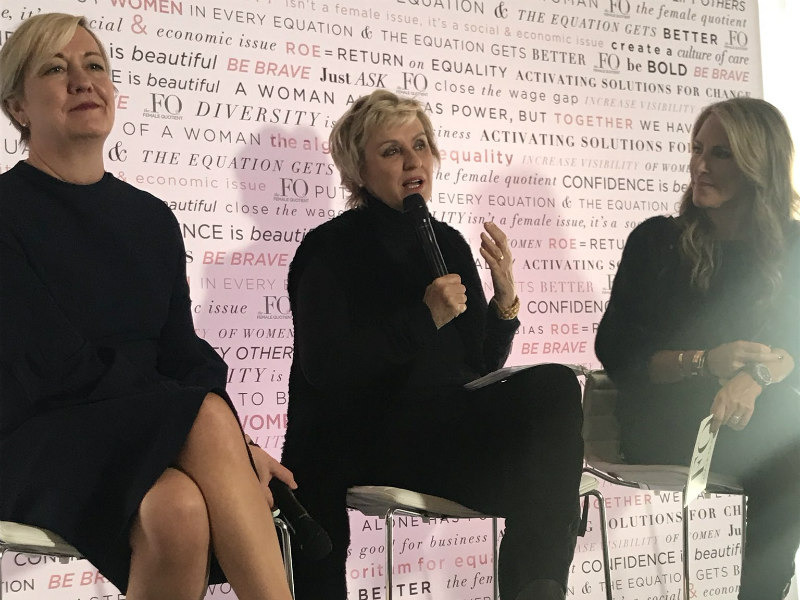 P&G North America president Carolyn Tastad thinks advertisers should be addressing issues, in the same way that her company has taken on gender inequality.

Tastad, speaking at the Equality Lounge, pointed out that this approach had resulted in P&G tackling gender inequality via its #LikeAGirl and #ShareTheLoad campaigns.

"There is an obligation within advertising to think about what stories you want to tell," said Tastad. "We have to think about our stories in terms of how we cast characters, the roles those characters play, or the issues they take on."

Tastad was speaking in a discussion entitled Flipping The Script with The Female Quotient CEO Shelley Zalis and journalist Tina Brown, the latter of whom pointed out that popular culture such as advertising spots or TV shows like Big Little Lies "are the things that change mindsets, far more than any homilies or declarations on top of the mountain, dare I say."

Tastad noted that the challenge lay in finding the insight that would turn a campaign into popular culture. "When you relate to storytelling it has such tremendous impact and can really spark a movement."

As the world's largest advertiser, P&G can bring enormous influence to bear on issues such as gender, racial, sexual, disability and socio-economic inequality, added Tastad. "From a P&G standpoint, we are very committed to leveraging our voice in media and advertising to really tackle bias. It is not only our opportunity but our obligation to have our voice stand for something."

At an earlier Equality Lounge discussion, meanwhile, Unilever CMO/CCO Keith Weed also outlined how the group’s advertising was changing after it researched across the industry and found only 3% of all ads showed women in leadership positions, 2% showed women with obvious intelligence and 1% showed women with a sense of humour.