Please refer to our Privacy Policy for important information on the use of cookies. By continuing to use this website, you agree to this.
Home Latest Davos: Business Urged To Look Beyond Profits And Address Rising Inequality 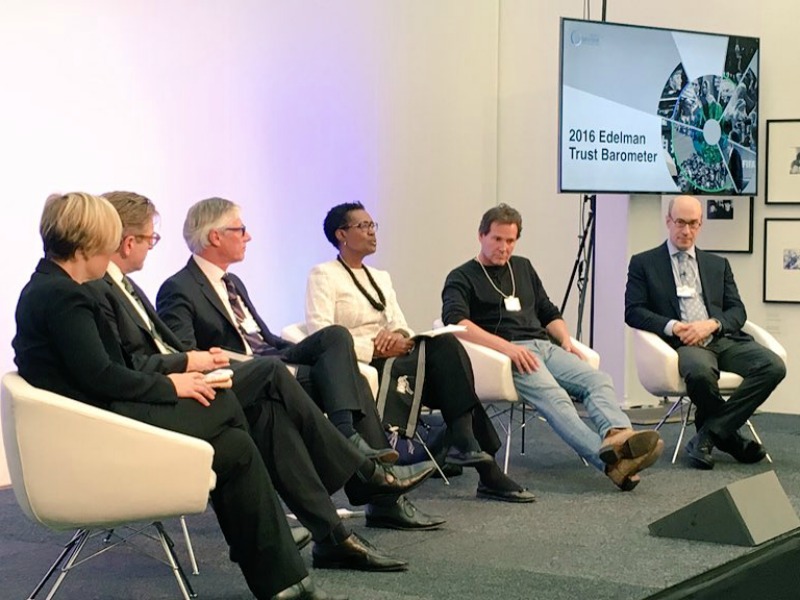 DAVOS—Businesses are still not doing enough to address such issues as income inequality, heard delegates today at the World Economic Forum in Davos, with few CEOs genuinely engaging in the effort to marry profit and purpose.

Oxfam executive director Winnie Byanyima made the comments at Edelman's Trust Barometer event, which brought together business leaders to discuss the trust gap that now exists between the global elite and the public.

Byanyima believes rising income inequality is the primary driver of this divide, referencing an Oxfam report which revealed that 62 people (up from 388 in 2010) own as much wealth as half the world's population. Business, she thinks, should shoulder much of the blame for a double-digit trust gap between high-income and low-income people in 18 of the 28 countries surveyed.

"Companies like pharmaceuticals and others have used their wealth and power to skew the rules," she said. "They put so much money into lobbying governments, to slip away regulations, in order to capture growth at the disadvantage of the majority."

Byanyima made the comments in response to Sanofi CEO Olivier Brandicourt, who had noted that pharma companies face a significant level of mistrust, particularly around transparency of data and pharmaceutical pricing.

"In our sector people think we are in innovation for greed and there is no societal benefit," said Brandicourt. "We need to do something for trusted innovation. You have to make sure the value you are creating and the societal impact are properly communicated."

While trust in business has rebounded, the vast majority of people (80%) expect companies to marry profit and purpose, improving economic and social conditions in the communities in which they operate. PayPal CEO Dan Schulman, for example, believes that business has a "moral obligation" to be a "force for good."

Yet Unilever's chief marketing and communication officer Keith Weed argued that issue must be framed in economic terms. "When we start talking about it being a moral issue, that’s where we get lost."

"We have to accept that if you can find ways to build a more sustainable business, your business will grow," added Weed. "It’s an economic issue, not a moral issue. Unless we sort this out, companies like ours won’t be around in 100 years."

These expectations of business, said Edelman CEO Richard Edelman, call for a more visible CEO; in more than half the countries surveyed, the general public cannot name a single CEO. "You have to come out of the bunker — say, here’s who I am, here are my values, here’s why it matters."

But Byanyima is sceptical of this shift occurring anytime soon, noting that only a few CEOs understand that business will thrive when it addresses societal issues. "That’s not the norm — that’s [Unilever CEO] Paul Polman and a few others. Most business people carry on business as before."

And communication alone, said Byanyima, is not enough — with concrete behavioural change required of corporates. "That has to do with taking the lead where governments are not regulating well," she said. "It’s not simply enough to tweet and be out there. People want to see more transparency from business on paying taxes and complying with social and environmental standards."