Please refer to our Privacy Policy for important information on the use of cookies. By continuing to use this website, you agree to this.
Home Latest Davos 2018: Trust Challenges Call For CEOs To Step Up And Speak Out 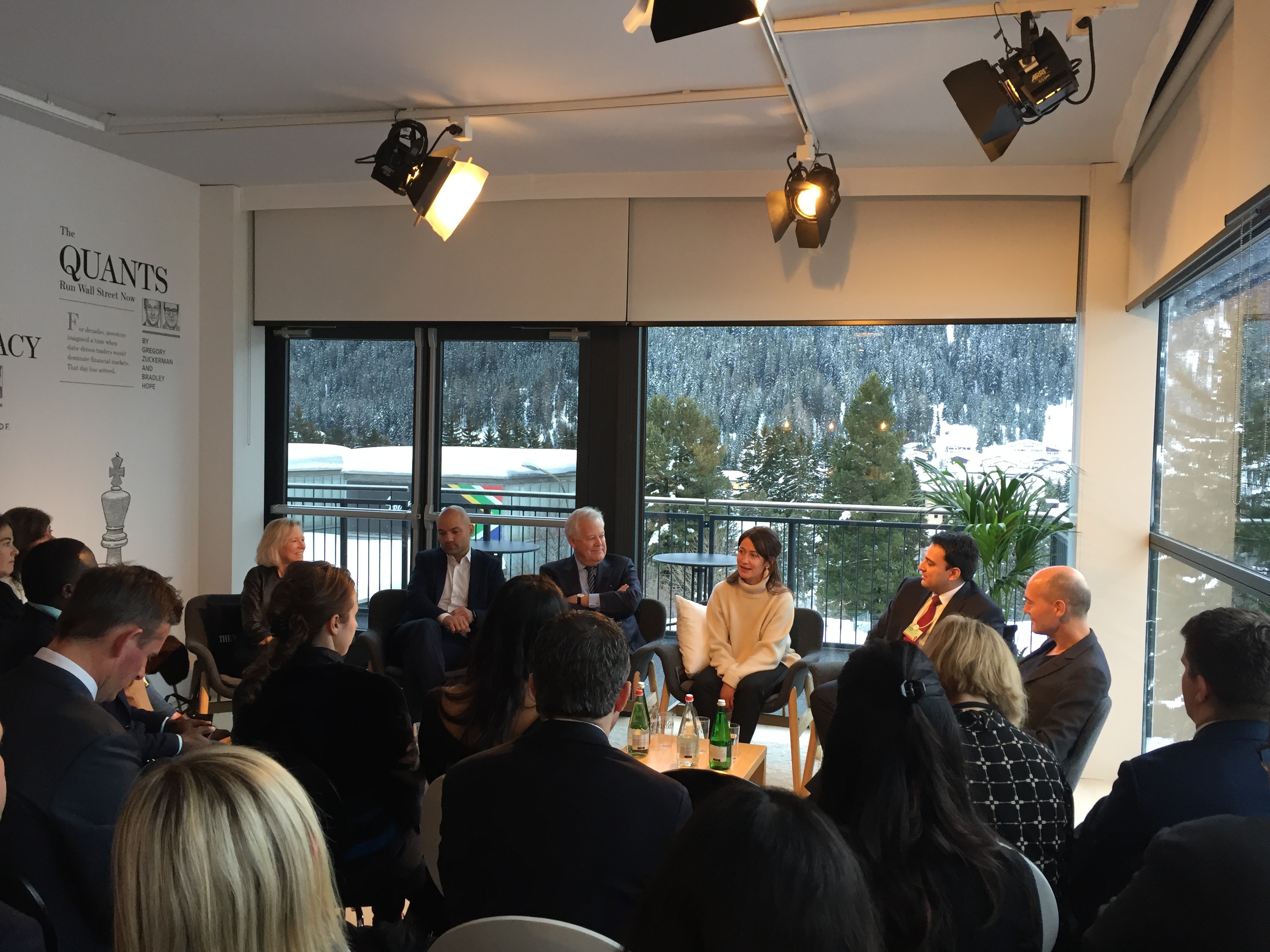 Davos 2018: Trust Challenges Call For CEOs To Step Up And Speak Out

The Holmes Report presented an event at the World Economic Forum with Weber Shandwick and Dow Jones, exploring how business navigates populism, volatility and fake news.

DAVOS — CEOs should step up and speak out on topics from climate change to diversity, according to a panel of PR, business, media and NGO leaders at the World Economic Forum in Davos last week.

At the UN Foundation, Calvin said the role of business in the world was changing and CEOs speaking up went well beyond corporate social responsibility: “We’re coming out of the CSR phase. It’s now about how a company behaves in its core operations with regard to the community, the planet and other UN sustainability goals. It’s a real opportunity for CEOs to step up, because we don’t trust politicians, and an exciting time to rewrite some old rules.”

Added Weber Shandwick’s Leslie: “In the past year, we saw CEOs come to the fore. More often than not, it’s employee-driven, not just because the CEOs want to talk about it. Immigration and travel bans, for instance, might be related to your own business interests, but a lot of it is driven internally.”

Calvin agreed employees were often a critical driver in deciding how to tackle issues: “Employees can be our harshest critics. We’re all being challenged to take an ethical stance and people want to know your values. You need to practise that internally first and test out the way you define your purpose and position.”

At Deliveroo, Rogers said if CEOs had something relevant to say, they should say it: “We’re engaging in the gig economy debate because we want to take a position and engage with the Government on this. It’s the right thing for us to have a position on. When I was working for the Treasury we were desperate for business people to speak out: CEOs underestimate how much policymakers want to hear from business.”

But she warned that today’s rapid news cycle meant that speaking up required an element of bravery: “In the past companies might have decided to wait and see, not put themselves out there and say what they really think. That’s not an option anymore. Organisations also have to react fast, and make judgement calls about what they are going to say with imperfect information.”

Leslie added another caveat to the challenge of being a vocal CEO: “My guidance would be, it this is not relevant to your organisation or if your organisation is behind you, tread carefully. Don’t get out there for the sake of it and feel compelled to make a statement. It should be grounded in the values of the company.”

This was backed up by Dow Jones’ Roussel: “Trump arrived and a number of companies have become quite political. But it’s one thing to have great corporate social responsibility, and it’s another to go off on a tangent.”

Leslie said there was growing evidence that consumers wanted to know what a company stands for: “In some ways we’re looking at the decline of brands and the rise of companies. Having values isn’t new, but what is new is that there is a real uptick in consumer desire for products and services that are purpose-driven, and those brands are showing higher growth.”

At Tata, Kumar agreed that corporates should take a stance on issues that were relevant to their business: “For instance, we’re focused on challenges our industry is facing, such as the global skills shortage in science, technology and maths, and we’re working with educational institutions across the world.”

Leslie said measuring corporate reputation was still “the holy grail” for the PR industry, although what companies wanted to know was changing: “It was traditionally about measuring a static snapshot in time, but what clients are really looking for now is not one score to show to the board, but insight and analytics that tell them day to day, stakeholder to stakeholder, what’s happening in a dynamic marketplace.”

Kumar added: “The problem with reputations is that you know when you’ve lost it but it’s really hard to measure and substantiate otherwise. Social tools give you a lot more information and data but companies are still struggling to find the right answer. The trend for chief reputation officers is over – there is now recognition that reputation needs to be managed throughout the company from the CEO down to the social media manager.”

This is especially true in a crisis situation, although Leslie described crisis comms as “advanced common sense”. He said: “Companies are organisms – when they are really shook they tend to shut down. Most people will understand a mistake, but if you wait for a day, or don’t want to put your most senior people up because it’s too ugly, or come across as not authentic, you’ll run into problems.”

On authenticity, Rogers said business could learn from the hard lessons of politics: “The public has got wise to brilliantly-choreographed events that feel stage managed, in business and politics. It’s about being authentic, and using the right media in the right way – you cannot Instagram a press release.”

The panel agreed that the media environment in which companies and CEOs are operating is hugely complicated by fake news, fake social media accounts, and the millions of social and billions of dark social posts going out every hour around the world. As Farjami said: “CEOs and corporations can put out a message, but 90% of what people see, hear and say about you is now not under your control.”

This makes it a bad time to be a control freak, according to Leslie: “Whether consciously or not, most businesses have given up a bit of control. The substitute is to engage: if you can figure out a strategy to make sure you’re engaged with your audiences even when it’s not going OK, and you’re doing it authentically, you will probably be OK.”

And the panel said the jury was out on whether regulation was the best way to tackle the fake news epidemic: “Unless the media sign up to a set of standards and watchdogs make sure they adhere to those standards, we’re going to continue to have trouble,” said Leslie. “Media with strong brand equity will prosper. Others will not. And there’s a clear sightline to heavier regulations of the big platforms and tech companies.”

You can watch the full session here.