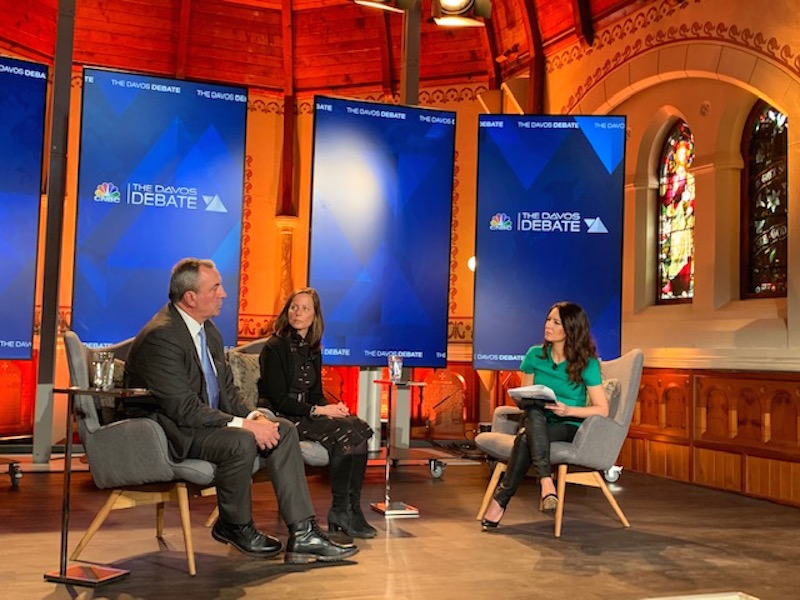 Speaking at the World Economic Forum, Nasdaq and EY said engaging younger consumers and employees was key to a stakeholder-led business model.

DAVOS — The powerful momentum of the global sustainability movement, driven by a younger generation, can carry a new era of stakeholder-focused capitalism forward, according to business and financial leaders speaking at the World Economic Forum this week.

At a CNBC panel on “Conscious Capitalism," anchor Karen Tso talked to two members of the Business Roundtable, Nasdaq CEO Adena Friedman and EY chief executive Carmine Di Sibio, who were among the 181 signatories to the organisation’s statement in August, committing to the purpose of a corporation being to serve all stakeholders: customers, employees, communities and suppliers, as well as shareholders.

Di Sibio said the younger generation of employees (and customers) was a huge driver of this shift in emphasis for businesses. He said: “This is about talent, and it’s coming from the bottom up. People want to know you have a plan around sustainability when they join your company. We hire from college campuses all over the world and it’s the number one thing they want to talk about, and they are going to create more and more pressure.”

She added: “Every investor and company I’ve talked to said this is a different generation, and they expect companies to continue to move forward even through a downturn. This is a generational shift that will cross an economic paradigm.”

The panel also discussed how businesses could move forward from talking at Davos about a new model of capitalism based on value for all stakeholders, to action – “from the mountain to the C-Suite to the workplace” – with Di Sibio saying that businesses were now talking about the next step, to introduce metrics around areas such as sustainability. He accepted there was always a risk that companies would seek to engage in “greenwashing” but said “we have to start somewhere.”

Di Sibio said the focus on climate change and sustainability was now more of a business issue than in the past: “In general people now agree this is a real issue for humankind, and not a political issue any more. Europe has been on this for years but I’ve had difference conversations with CEOs in the US, even in the past six months. Investors and big funds are focused on this, and they are going to have to stay focused.”

Friedman also observed that the Nordic regions had been another huge influence on putting tackling climate change on the global agenda: “We own all the Nordic stock markets and they are leading the world on climate change – they care deeply about these issues and have great leadership. But our sustainability-focused initiatives there can’t just be for Nasdaq in the Nordics – they are saying it has to work in the US and globally, too.”