Please refer to our Privacy Policy for important information on the use of cookies. By continuing to use this website, you agree to this.
Home Latest Dove's 'Crown Act' Work Wins Best In Show At 2020 Global SABRE Awards 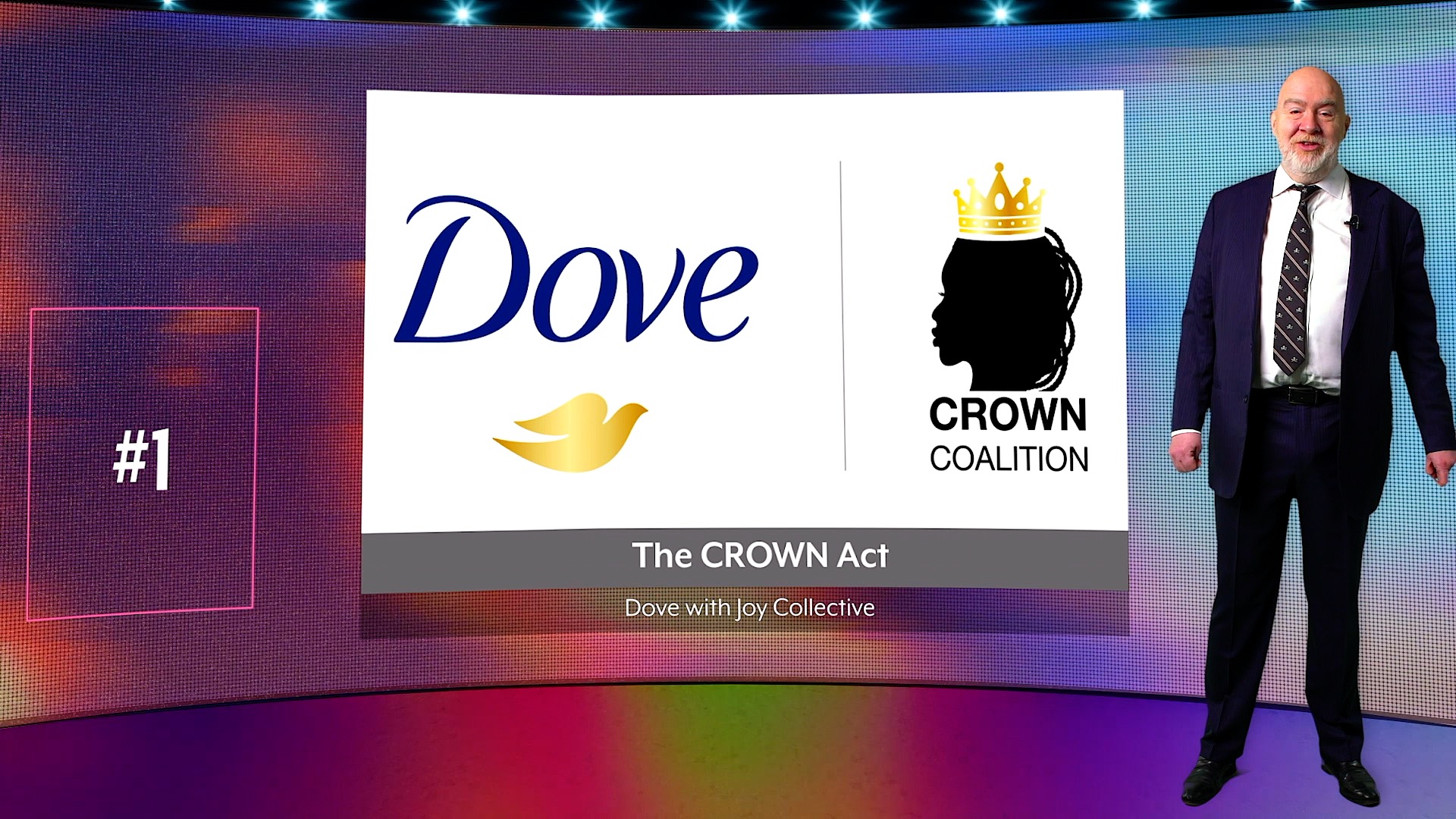 Unilever and its agency Joy Collective were awarded the Platinum SABRE for the best public relations campaign of the year at the virtual Global SABRE Awards ceremony.

Unilever and its agency Joy Collective were awarded the Platinum SABRE for the best public relations campaign of the year at the virtual Global SABRE Awards ceremony today, beating out more than 5,000 other entries from around the world for the night’s top honor.

The Crown Act beat out 39 other Global SABRE Award winners for the Platinum award. The 40 winners were presented in countdown order, from number 40 to number one. The five top campaigns of the year also included:

2. The EVA Initiative, a campaign from automotive giant Volvo and its Swedish agency Forsman & Bodenfors that built on Volvo’s heritage in safety and took that reputation to new heights, with the company offering its vast library of safety data to all parties, free of charge, in an attempt to crowd-source new safety ideas—with a topical focus on the safety of women drivers, long overlooked by the industry.

3. Michelin Impossible, a campaign from KFC and OPR/Ogilvy, a bid for a Michelin star that helped to successfully reframe perceptions of the KFC brand in Australia, using creativity and insight to spur impressive sales returns.

4. 'We Believe', Gillette’s integrated initiative, supported by Ketchum, which featured positive masculinity while drawing attention to issues of toxic masculinity.

5. #UnblocktheLove, a campaign developed by JeffreyGroup for Pepsico’s Doritos brand, as part of the brand’s “Rainbow” initiative, supporting the LGBT+ community in Mexico.

“With more than 5,000 campaigns submitted to our African, Asia-Pacific, EMEA, Latin America, North America and South Asia awards competitions, the top 40 campaigns are quite literally the best of the best,” said SABRE jury chair Paul Holmes. “All of the 40 campaigns featured in the Global SABRE event exemplify both the quality and the values of great public relations: bold creative ideas that really move the needle.

“The Unilever ‘Crown Act’ campaign in particular was an example of where public relations is headed. It’s a campaign that saw Unilever go beyond advocacy to action, taking bold steps to help its consumers and other stakeholders achieve meaningful change.”