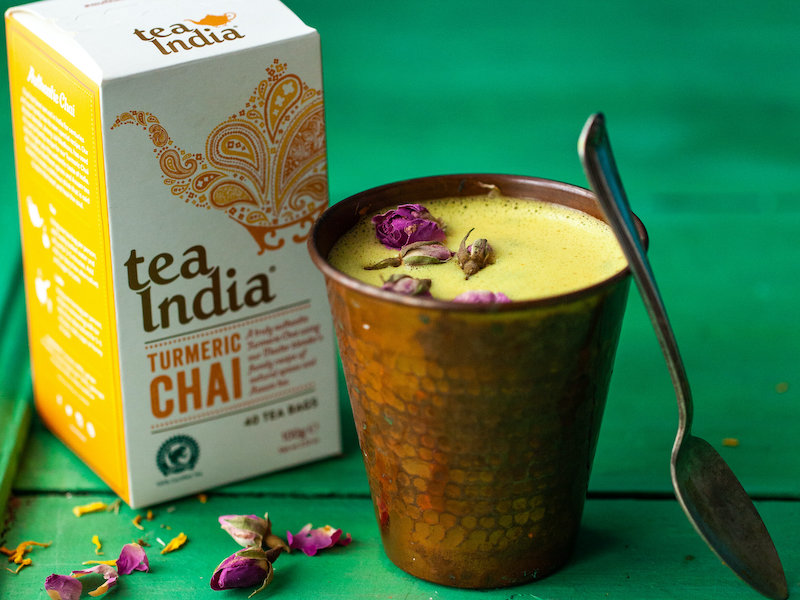 LONDON — Lansons has formally closed its acquisition of Intermarket Communications in New York. The firm, which has been operating as Lansons Intermarket since it was bought in 2019, is being rebranded as Lansons. “The rebrand signifies closer ties between our teams in London and New York,” said Lansons CEO Tony Langham. “In addition to collaborating on shared global client accounts, our teams on both sides of the Atlantic have worked hand in hand this year to integrate our businesses. Today we go to market as one company, with a unified brand, culture and set of capabilities.” Josh Passman was appointed CEO of the New York office in April.

LONDON — Sunny Side Up has been appointed by speciality tea supplier Spicers to drive a 2022 consumer campaign for its Tea India brand (pictured). Spicers has been blending tea for more than 80 years and is one of the UK’s leading suppliers of private label teas; the brief is for both the main chai brand and its single estate variants. The campaign includes media and influencer relations and experiential activity.

LONDON — Fashion and consumer PR agency Instinct has been appointed by Beefeater Gin to drive consumer media coverage and handle influencer relations for the brand as part of its ‘The Spirit of London’ creative campaign for 2022. Instinct already works with other Pernod Ricard UK brands including Plymouth Gin.

LONDON — Metro Bank has hired Cow and Launch PR for a series of community projects, after a competitive pitch. Cow has already produced Metro Bank’s ‘Back to the Future’ report as its first project. Launch’s first integrated activation will showcase Metro Bank colleagues in UK communities and local branches, including content and experiential campaigns.

LONDON — Venture capital firm Digital Horizon has appointed Boldspace to lead its PR and communications on a retained basis in the UK and Europe, after a competitive pitch. Boldspace will drive PR for the firm, building its profile to drive awareness and enhance its reputation with technology investors. The agency will also support firms emerging from the Digital Horizon Venture Builder. The firm, which has offices in London, Moscow and Tel Aviv, recently announced the launch of its second $200 million venture fund. Its first fund invested in businesses including Klarna, Monday.com and Cuvva.

LEEDS, UK — PR, social and activation agency Hatch has been appointed by luxury jeweller Berry’s and soft drinks brand Rio. Berry’s appointed Hatch as its retained agency ahead of its 125th anniversary. Increasing footfall in-store, driving online sales and showcasing its family values will be the agency’s focus over the next 12 months. Rio soft drinks selected Hatch to manage its trade PR and social media on a retained basis until summer 2022. Experiential activity will be underpinned by a social media strategy including influencer activity and paid advertising.