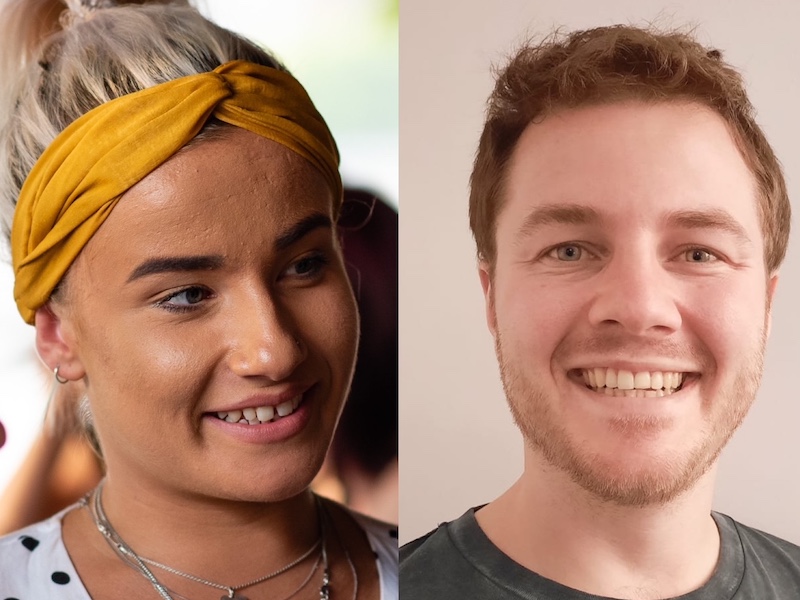 LONDON — Ketchum UK has appointed Claire Slight as a director in its consumer brands practice. Slight, who was previously a client director at Ogilvy's content and social team, will report to Ketchum’s managing director of consumer brands, Sophie Raine.

LONDON — Future Farm, the Brazilian independent meatless meat company, has chosen Manifest as its agency partner as its launches into the UK. The agency will run an integrated campaign including social, PR and influencer activity. Future Farm, also known as Fazenda Futuro, joins clients such as sustainable marketplace Dayrize and carbon reduction and offsetting organisation, Ecologi.

LONDON — Entertainment and media PR specialists Holly Miller and Xander Ross (pictured) have set up a new trade and consumer PR agency for the TV, film, creative and entertainment industries, Percy & Warren. The new venture is backed by Franklin Rae CEO Tessa Laws, and was created in response to the squeeze the pandemic has put on creative businesses and production companies. Beyond PR, the agency – which works with international distributors, trade bodies, producers, streaming platforms, animation studios, broadcasters, gaming companies and major production houses – also supports clients with co-production deals, sales to distributors, introductions to broadcasters and charity partners.

LONDON — Finn Partners has been selected as agency of record by Auth0, an identity and access management platform that enables global enterprises to provide secure access to any application for customers, business partners, employees, and machines. The agency’s technology practice will deliver a multi-country programme across the UK, France, DACH and Benelux.

LONDON — Frankie Oliver has set up a new agency after leaving Grayling, where she had been UK and Ireland head of consumer brands since 2019. She is joined at her latest venture, New Society, by Kate Hinton, an independent consultant who held senior roles at the Energy Saving Trust and the Environment Agency, and Vanessa Gibbin, former head of brand at the Carbon Trust. The agency aims to help brands tackle the climate crisis and effect social change.

LONDON — Drinks specialist agency Shift6 has been appointed to lead PR and support on advocacy initiatives for the launch of new Irish whiskey brand Sailor’s Home in the UK. The agency’s team will be launching Sailor’s Home’s first range of three Irish whiskeys to trade and consumer press and supporting in establishing it in the UK on and off trade.

LONDON — DeafKidz International, the global leader for the protection of deaf children and young people from abuse and exploitation, has appointed Boldspace to drive its PR and campaigns. Boldspace will work with the charity to build its reputation as an organisation that safeguards deaf children internationally and ensures they are included in mainstream conversations about the protection of children. The account will be led by Boldspace co-founder and MD Mike Robb.

LONDON — Motorway, a new online marketplace for used cars, has appointed Lloyd Page as its first chief marketing officer. Page joins from MoneySuperMarket, where he was marketing director, and has held senior roles at Vodafone, John Lewis and Virgin Media.

LONDON — Strategic and creative advisory firm Blurred is planning to close on 21 and 22 June this year – when the UK Government has announced all Covid 19 legal and lockdown restrictions could be lifted – so its team can reunite with friends and family. Founding partner Katy Stolliday said: “As a values-led business, the health and wellbeing of our team has always come first. I know I will be chomping at the bit to see my family – and to get into the pub with groups of friends - so it just makes sense to remove any worry of work from people and make it possible for them to enjoy that special time.”

LONDON — The PHA Group has been appointed by digital workplace culture platform Totem to manage UK communications strategy. The agency will increase awareness of the platform among HR and business leaders, as well as consumers, showcasing its capabilities as an AI-driven approach to staff wellbeing, engagement and workplace culture.

LONDON — Purpose-driven brand specialist agency Given has appointed Nicolas Roope, the co-founder of low-energy lighting brand Plumen, to its board as an advisor and non-exec creative leader. Roope has been hired to help foster the agency’s creative talent, ensure its creative offer is a driver for continued growth, and build its international reputation. His appointment follows the agency achieving double digit growth and a 20% increase in headcount last year.

LONDON — PLMR has hired education campaigner Mark Lehain as a senior adviser to strengthen its education offer. Lehain was founder and principal of one of the UK’s first free schools before leading Parents and Teachers for Excellence and the New Schools Network. He is also director of the Campaign for Common Sense.

LONDON — Splendid Communications has appointed former Frank chief financial officer Damon Kelly as its CFO. He will take over the role from finance director Jane Latham, as she moves to the newly-created role of head of wellbeing.

LONDON — M&C Saatchi Group has made two senior governance appointments: its first global chief people officer, Mark Dickinson-Keen, who joins from the same role at TalkTalk; and Victoria Clarke, who is promoted from head of legal at the agency to general counsel and company secretary.

LONDON — Snowball PR has won retained briefs from two brands new to the UK market: Lovevery, a US-founded play products designer, for which the agency will run an influencer and social engagement programme; and children’s crafting brand ToucanBox, which has tasked the agency with media outreach, brand partnerships and creative campaigns after a competitive pitch. The accounts are led by agency founder Zoe Sobol.