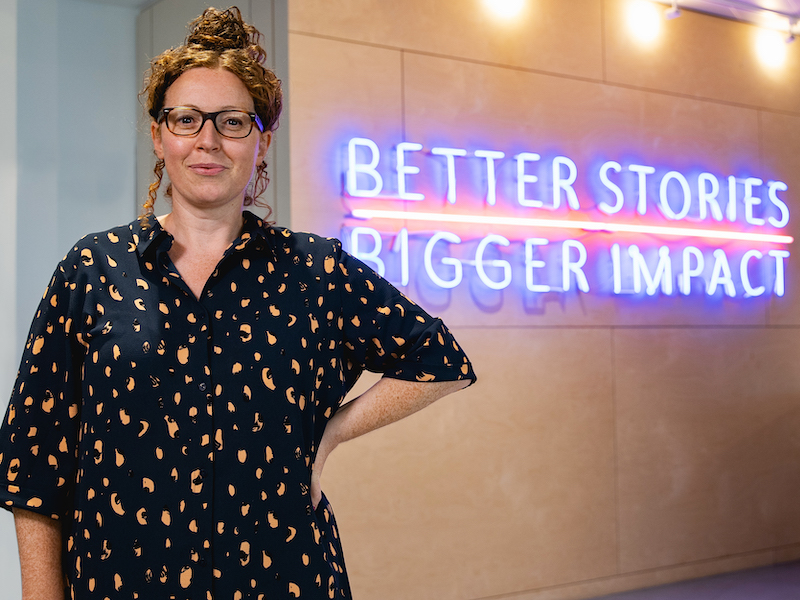 LONDON — Brands2Life has hired Hope&Glory board director Laura Sibley (pictured) as managing director of its 15-strong consumer practice. Before her seven years at Hope&Glory, Sibley worked in-house as PR manager at Sony Electronics and had also worked agency-side at Kazoo and with Mark Borkowski. She has worked with clients including Sony, Pokémon, BT, Freesat, Norwegian Cruise Line and Sega. Hope&Glory will not be directly replacing Sibley, who joins the Brands2Life board.

LONDON — Portland managing director Sam Ingleby and his former colleague Nick Hargrave, who left Portland in January to become global public affairs director at Deliveroo, are launching an agency together in January 2022, specialising in corporate reputation, policy and regulatory communications, and research and insight. Ingleby has been at Portland for 12 years; both will leave their respective roles at the end of this year.

LONDON — The Romans has named Janelle Feliciano as its creative director. Feliciano has been at Weber Shandwick for the past four years as associate creative director, and has also worked as a creative at TBWA, M&C Saatchi and Engine, working with brands including Samsung, Tinder, Warner Bros, UNICEF, Nespresso, Amazon and Unilever. She is a co-founder of #AllMenCan, an initiative to raise awareness of how men can help end violence against women, and is a Blueprint Advisory Board member and a People Like Us mentor.

BERLIN — Brunswick Group has named Dr Joachim Peter, a partner who has been with the firm since 2013, as head of its Berlin office. He will lead public affairs, corporate positioning and crisis management. Former office head Ulrich Deupmann, who had been in the position since 2015, will now focus on his role as Brunswick’s head of European public affairs, which he took on in May this year.

LONDON — Strategic communications firm Apella Advisors has appointed Janelle Romano as director. Romano joins after six years at Firstlight Group, where she was an associate director, and has also worked at Weber Shandwick. She will initiatilly support Apella’s Nationwide Building Society account.

LONDON — Bladonmore has hired Cathal Smyth as strategy director to strengthen its leadership team. Smyth spent three years at brand consultancy Siegel & Gale as senior strategist, and was also MD of corporate digital agency The Group. Most recently, he was executive director at WPP-owned SuperUnion and has worked with clients including Aviva, Centrica, Diageo, IHG, Kantar, Kingfisher, Legal & General and Tesco.