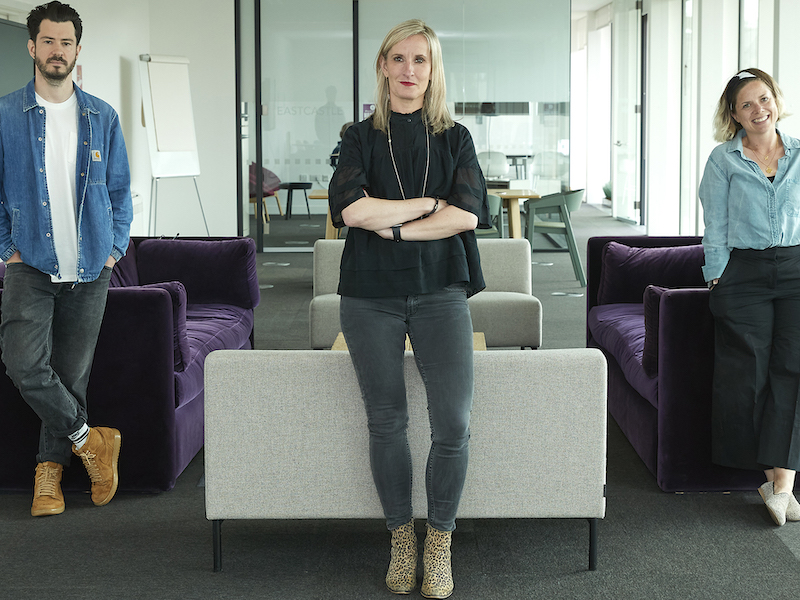 Kate Gomes and Luke Walker join from H+K and Weber Shandwick to drive growth of the new MHP + Mischief Studio.

LONDON —Engine MHP has formed a 20-person digital, design and production Studio team within the MHP + Mischief business and made two senior hires – both newly-created roles – to drive the offer forwards.

Kate Gomes (pictured, right) joins as head of strategy from H+K Strategies, where she had worked for more than six years, latterly as corporate strategy director. Gomes was previously global crisis communications and offshore Europe communications manager for energy company Hess Corporation, and had also been a Cabinet Office policy manager. She will work with deputy CEO Nick Barron to drive the company’s Networked Age behavioural science research and consultancy programme.

Luke Walker (pictured, left) is Engine MHP’s new head of creative. He joins after nearly six years at Weber Shandwick, where he served as creative director, working on award-winning campaigns such as Brutal Cut for Action Aid and Deep Fraud for HSBC.

As well as overseeing all strategy and creative work for Engine MHP, Gomes and Walker will help to accelerate the growth of MHP + Mischief’s new creative content team, Studio. The offer is led by Gemma Irvine (pictured, centre) and supports the work of the combined agency, marking another step in the integration of the MHP and Mischief brands.

Studio’s client work has already included a series of documentaries for AstraZeneca about the making of their Covid-19 vaccine, developing the visual identity and launch assets for Global Youth Mobilisation, and developing Wine Drinkers UK’s social media strategy for its campaign on tax.

Gomes said: “Engine MHP is an agency that’s got its finger on the pulse on issues that really count, from polarisation to vaccination. I’m thrilled to be joining to help deliver continued timely, impactful strategic work.”

Walker added: “The chance to lead the creative output of this agency is a huge opportunity, as the talent, ambition and momentum are all there. I firmly believe we can do something special. The aim is to create industry-defining work – work that persuades, changes behaviour and makes people act.”