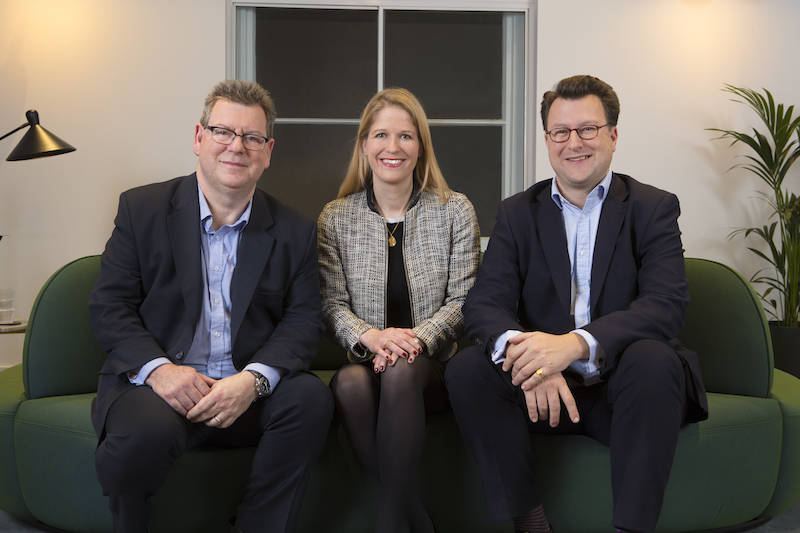 LONDON — Three former senior staffers at Engage by Bell Pottinger have launched their own agency, Pembroke and Rye.

Kevin Read, who is CEO of the new agency, was chair of the consumer and brand practice at Engage. Victoria Naylor-Leyland, Pembroke and Rye’s chief development officer, was head of creative and content at Engage after spending more than a decade in TV production. And chief client officer Charlie Hampton was a partner at Engage.

The three founding directors decided last September to set up shop together, soon after the collapse of Bell Pottinger.

Pembroke and Rye already has 15 clients across sectors including technology, finance, aerospace, travel and events. Long-standing Bell Pottinger clients such as Reed Exhibitions, tour operator Canadian Affair and Panasonic have come with the founders to the new firm.

New business makes up around 40% of the current client base, and the split is 70% B2B and 30% consumer, with 75% retainer clients.

Hampton said: “We have a good number of new clients, and it’s fantastic that a fair number came with us. There was a lot of positivity from them. For us, it was about wanting to continue relationships with people that we’d worked with for a long time.”

Based in London, Pembroke and Rye already has three employees and two senior advisers, and is “currently looking to hire two or three more people, so there will be 10 of us by the summer,” said Read.

On their motivation for setting up a new agency, Read said: “I thought we could do something fresh, a bit more open, contemporary and integrated – balancing a heritage of solid thinking with a bit more fun.” Naylor-Leyland said she had always wanted to run her own business, and Hampton said: “It was an incredible opportunity to create something new with colleagues who share a similar vision and complementary skill sets. We work really well as a trio.”

Read said their vision for the business was ambitious: “In three to five years we want to be a very well-known agency, respected for the quality of our work and our thinking. We could easily see ourselves being a 30-40 people agency over the next three years. If we were to get there, we’d be looking at £5m revenue.”

In the short term, the team’s focus for this year is “great relationships, steady growth, finding great people and for our name to become a little bit famous,” he added.

Naylor-Leyland said establishing the company culture was another priority: “We’ve invested heavily in a positive working culture, including flexible working arrangements, because it’s incredibly important to us, and we’ll introduce new initiatives as the team grows.”

Pembroke and Rye launches as the PR industry is under pressure to demonstrate value. Read said: “The bigger networks are coming under increasing pressure to look at costs. There’s a bit of a resurgence of the mid-tier players, and smaller specialists seem to do well. I think there will be continued examination of what the best model is.

"On the client side, marketing and comms directors are also under more pressure than ever to show every pound spent is good value and are asking harder, data-driven questions about how the PR industry operates. We’ve got to not just be good at measurement but show real value.”

In a neatly circular move, Pembroke and Rye has joined the PRCA, whose expulsion of Bell Pottinger catalysed its demise.