Please refer to our Privacy Policy for important information on the use of cookies. By continuing to use this website, you agree to this.
Home Latest First Partners Leads All Agencies With 39 South Asia SABRE Finalists 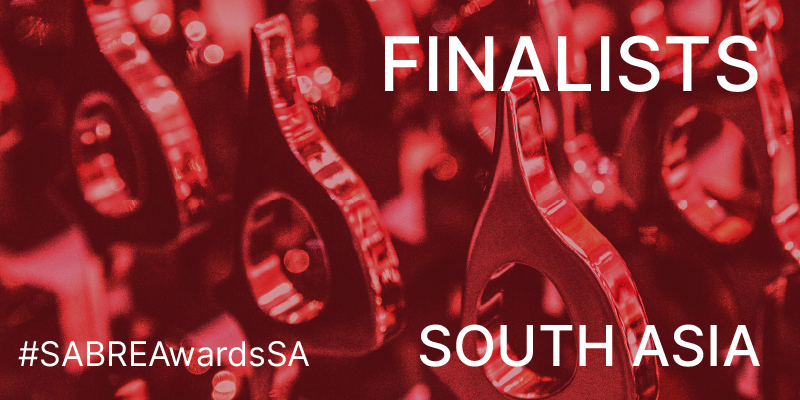 Indian agency First Partners and its clients have received 39 nominations for campaigns submitted to the South Asia SABRE Awards—almost double the number of the closest competitor.

NEW DELHI—Indian agency First Partners and its clients have received 39 nominations for campaigns submitted to the South Asia SABRE Awards—almost double the number of the closest competitor, AvianWE, which along with its clients received 20 nominations.

The winners will be announced at the The 2022 SABRE Awards South Asia ceremony on July 28 in Aero City, Delhi, an event that will mark the 10th anniversary of the partnership between PRovoke Media and Public Relations Consultants Association of India (PRCAI)m to celebrate the best public relations work in the South Asia region.

In addition to First and AvianWE, a number of other firms received multiple nominations for their client work, including Adfactors, with 16; Weber Shandwick (nine); Ruder Finn (eight); Edelman (seven); Six Drgrees BCW (six); MSL, PR Pundit and Value 360 Communications (five each); and Genesis BCW and SPAG Asia (four each). The two BCW brands in India received 10 nominations in total.

“This year saw a spectacularly broad cross-section of work, spanning social media and influencer marketing, employee and investor relations, crisis and corporate reputation management,” says Paul Holmes, who chaired several of the SABRE jury meetings. “The increased interest in purpose-driven branding was one notable trend, but so was the increasing sophistication of metrics and evaluation, demonstrating real business impact like never before.”

On the client side, there were multiple nominations for several large Indian corporates led by Vendanta (16), ahead of ITC Limited (12), and Tata (six).