Please refer to our Privacy Policy for important information on the use of cookies. By continuing to use this website, you agree to this.
Home Latest Ford: How To Engage With Saudi Women Drivers? 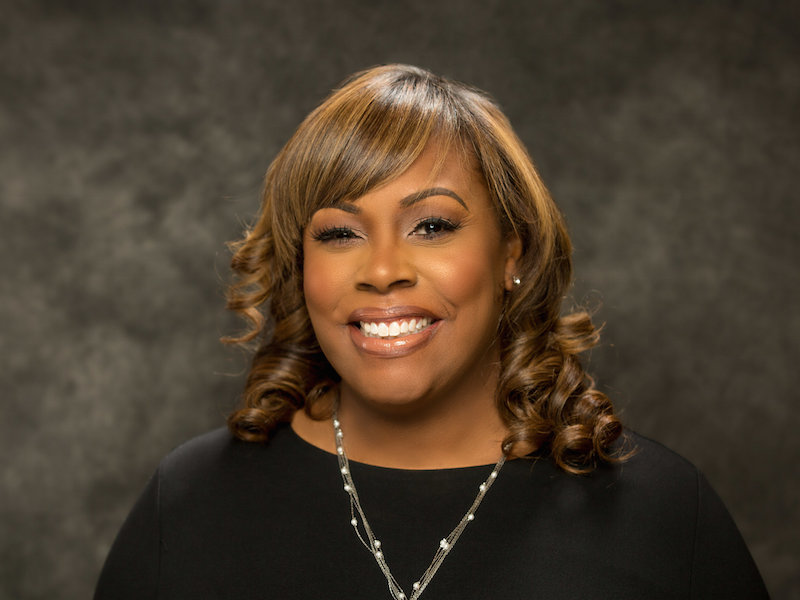 Ford: How To Engage With Saudi Women Drivers?

Ford Middle East & Africa marketing director Crystal Worthem on how the car manufacturer is getting to know a brand new demographic.

On 24 June this year, women in Saudi Arabia were legally allowed to drive on the roads of the Kingdom for the first time. The Holmes Report spoke to Ford Middle East & Africa marketing director Crystal Worthem about Ford’s marketing and PR campaign to celebrate the move, #WithYouInFront, and her 20-year career at the car manufacturer.

How do Ford’s values as a company tie in with this momentous time for women in the region?

Henry Ford built this company on the idea that freedom of movement drives human progress, and there’s no better example of how freedom of movement, in terms of transportation, is going to change lives, than how it will change the lives of Saudi women. This decree [issued in September 2017] may seem simple for women in areas of the world where they have been driving forever, but driving opens up job opportunities, travel and ways to engage with friends and families. We can trace that back to the essence of who we are and what we do when we are building cars around the world. It’s a real breakthrough.

But there were mixed emotions when the news was announced – for some it was a sudden change, and it’s taken time to get beyond how things have traditionally been done and think about Vision 2030 [Saudi Arabia’s strategic societal and economic plan for its future] and how things will be in the future in Saudi, and accept the idea. But so many women around the world were thrilled, not only in Saudi, but women in other countries in solidarity with them.

Women represent a new audience for Ford in Saudi Arabia — who are they in terms of demographics, their lives and aspirations, and how do you engage them?

What’s interesting about the total population in Saudi is that it’s a young population. A lot of the women are young and — in contrast to some western cultures — a lot of them are married and many already have children, so they have different needs than most 20-year-old women in the UK, for example.

But when you look at the types of ways to engage her, it’s very similar in some ways. Social media is where she lives, she’s all over Instagram and Snapchat, and very engaged — Saudi consumers are among the top consumers of video content in the world. In other ways, it’s like starting over, as all the data from Saudi as far as it relates to automotive is 99.9% male: we know a lot about him, and not a lot about her.

Two weeks after the decree we had some research scheduled, mainly men in focus groups. We completely scrapped the plan and changed the way we did the research so could start talking to her immediately and change the scope of the topic to include how she felt about the decree, what it meant for her future and the future of the country and how she communicates. It’s critical for Ford to understand her.

Were there any surprise insights from this research?

There were tons of surprises. One of our early thoughts was how it would be critically important, because of how women and men are divided in Saudi, to have all-female showrooms where women could talk to women. But actually, that was the opposite of what they wanted: the decree was about being inclusive, not exclusive. Another insight we were blown away by was that they didn’t necessarily want to engage with other women in showrooms, because Saudi women don’t know about cars as they haven’t been driving. Maybe Egyptian women, because they are already drivers, but really they want to engage with men and women and get different perspectives. Being driven is different from driving a car: you’re not interested in what it’s like in the back, you’re interested in things like power, quality, reliability, how easy it is to park and how you can be hands-free when you’re driving.

Before the focus groups there was a lot of talk about female-only entrances to showrooms, but we really changed our approach of how we are marketing and selling to women. For instance, we realised what we needed was a more family-focused showroom: somewhere she can go with small children that has a play area, where she can have a great customer service experience.

How did the #WithYouInFront campaign come about? What was the thinking, how has it been received, and what’s still to come?

One of the things we realised quickly was that assumptions from working with other women around the world are the last thing you can bring to Saudi. We brought in global partners to leverage the best female Arab and Saudi creative talent to come on this journey with us: we didn’t want to make a move without someone who could represent her. The ideas they came up with were so cool and so different: all the creative down to the copy in the ad spot was developed by women in Saudi. Others were taking the approach that girls want pink cars, and were using shots of nail polish on hands on the wheel, but we knew her life experience was richer than that. We didn’t want to talk at her, we wanted to show that we understood her journey, that we were with her, in the front.

It was thrilling in terms of opportunities but there was also some apprehension as it’s a sensitive topic and you can get it wrong really fast. We had gone out and got incredible talent and shot the first #WithYouInFront spot, and we were proud of the work, but there were a few things that made us think a bit.

So we took our time and waited another two weeks to talk to more Saudi women working at dealerships and get their input, and changed the campaign. As a result, we’ve had a very positive response in terms of awareness and brand building. We were fortunate to be in the market before the decree came out, but we were still very deliberate about getting it right.

We’ve done a variety of things since launch. We want to make sure Saudi women are aware of Ford as a brand and then, as it gets to the point where she’s going to buy a car, there are customer-first comms and marketing touchpoints all along the way. From a media perspective we’ve produced a press toolkit include authentic storytelling, such as the 60-year-old Saudi woman whose dream car was a convertible Mustang: we made her dreams come true and created a news story around the handover of the vehicle.

Can you tell us about your career path?

I was introduced to the automotive industry in grad school through an internship with Ford. It definitely wasn’t something I’d grown up thinking about — I was the girl who burned out her transition as I didn’t get the oil changed in my first car — but I fell in love with it. I went back when I graduated and started as a buyer in purchasing, then within a year or so I went to marketing and never looked back.

I’ve experienced every aspect of marketing, sales and communications at Ford, from working with dealerships across the US to media buying, multi-cultural marketing and brand management, from digital and social to experiential, product features and benefits. In January 2019 I will have been here 20 years and covered 13 jobs.

Being in the Middle East since the beginning of 2016 has been amazing. One of the things I really value is getting to know our customers and I was fortunate to know a variety in the US, from the premium customer to the country music lover. But from Dubai we manage 67 countries, and there’s the opportunity to go into people’s homes from Riyadh to Morocco to South Africa and engage with completely different customers.

What are the challenges and opportunities for women in leadership, particularly in the communications and marketing industry, in the Middle East and Africa region today?

In the Middle East and Africa there are so many incredible opportunities for women now and the environment is better than it’s ever been. The UAE has already taken on things like pay equality, and even markets like Saudi are looking to increase the proportion of women in the workplace from 15% to 30% in the coming years.

It’s a great time to explore a variety of careers in the region, but it’s still very male dominated — even internally, the automotive business is very male-driven, most of my peers are mostly men and mostly older than I am. It’s a challenge because you don’t always see things through the same lens, but then I get to challenge things that have been the norm for quite some time as I bring a different voice to the table. I’m also seeing a lot more women in the marketing and comms space, even in this industry. It’s an exciting time; long may it continue and accelerate!