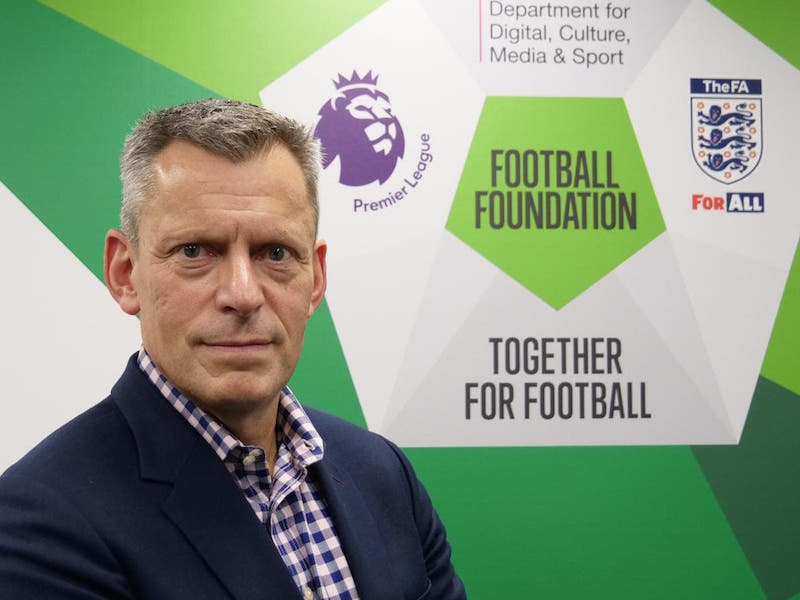 Martin Glenn, who previously led marketing at Walkers, joins the new reputation and comms advisory firm as a non-executive director.

LONDON — Reputation and communications advisory firm Nepean, which was set up last year by former Bell Pottinger MD and Sky corporate communications director Gavin Davis, has appointed Martin Glenn to its board as a non-executive director.

Glenn was most recently chief executive of the Football Association, which he joined in 2016, and is still chair of sporting charity the Football Foundation. He was previously CEO of United Biscuits and food business Birdseye Iglo, and spent 14 years at PepsiCo as UK & Ireland CEO.

A former marketer, Glenn also spent 14 years as marketing director of Walkers Snack Foods – where he persuaded former footballer Gary Lineker to front the crisp brand’s advertising campaigns at the start of what is now a 26-year relationship – and was marketing manager of Mars Petcare in the UK and Germany.

Glenn will work closely with managing partner Davis as the business grows. He said: “I have known and worked with Gavin for many years so know what Nepean is capable of. I am delighted to help this thoughtful, deliberate and determined firm as it looks to do things differently.”

Nepean now has a core team of five, plus a bench of senior advisors. At the same time as Glenn’s appointment, the agency has hired Harry Roxburgh as a consultant, bringing research experience from his previous roles at philanthropic advisory firm Scott Prenn and Lynton Crosby’s CT Group.

After seven years as a managing director and partner at Bell Pottinger, Davis left  in 2016 to join Sky as director of corporate communications and campaigns, where he was responsible for communicating the £30 billion sale to Comcast. He had previously been director of financial specialist Pelham PR, which was bought by Bell Pottinger in 2009 and became Pelham Bell Pottinger. He set up the new agency – named after the Point Nepean peninsula in Australia – in July 2019.

Davis said: “It’s great to have Martin and Harry part of the team and the respective skills they bring. The support Martin will provide to Nepean as we continue to grow will be invaluable – especially as we think about culture and our intention to be the best place to work in our industry. Bringing Harry on board fits our approach of curious, ambitious and intelligent people who can instantly add value to our business and clients.”