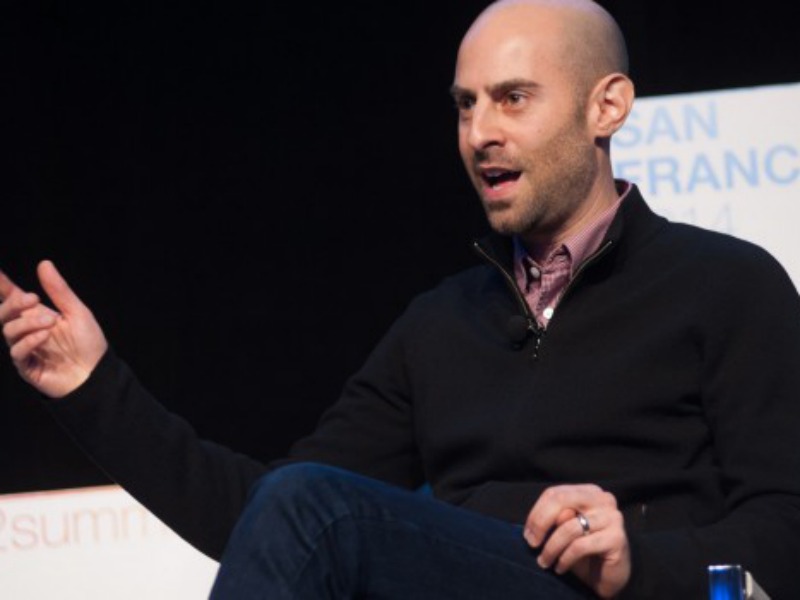 The company's official statement points to more changes in the role of communications under Dorsey — and likely his successor's — leadership. During the interim, the communications team will report into Twitter's general counsel Vitaya Gadde.

"It continues to be essential that we show the world the value of Twitter," a company spokesperson said in a statement. "Communications is a key component of that, and to help build toward a stronger future, we are looking now to shift our communications strategy and direction. We will be bringing in new leadership, and we thank Gabriel for his contributions."

Dorsey also thanked Stricker for his service via Twitter. 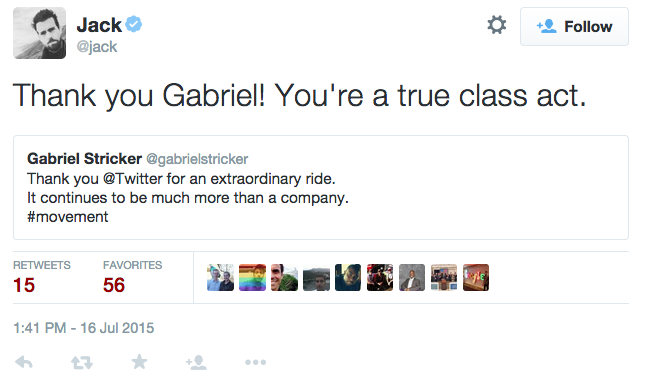 Sticker joined Twitter in April 2012, replacing Sean Garrett who held the position from October 2009 to November 2011. Stricker's role underwent a series of changes during his three-year tenure. He joined as VP of communications in 2013, then later that year Costolo charged him with the marketing remit of amassing one billion users (the current estimate of Twitter users is just north of 300 million). Then last year — amid other company reshuffling — Stricker was made CCO with marketing, media partnerships and communications reporting into him. In May, marketing and media partnerships were removed from Stricker's remit and public policy was added.

Prior to joining Twitter in 2012, Stricker worked at Google, as well as holding senior posts at Weber Shandwick and FTI Consulting. He oversaw communications around Twitter's IPOin 2013.