Please refer to our Privacy Policy for important information on the use of cookies. By continuing to use this website, you agree to this.
Home Latest Goldman Sachs: “Stop Fighting The Algorithm & Take Control Of Your Digital Reputation” 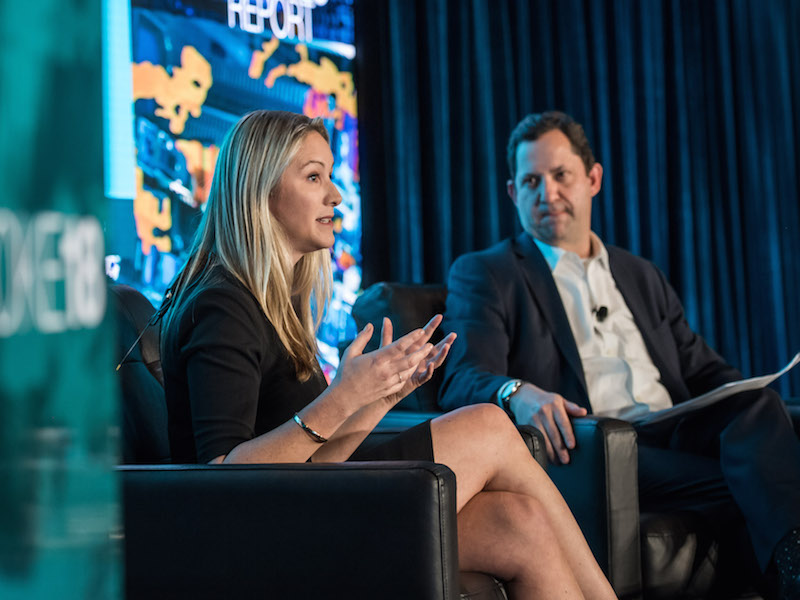 Digital VP Kaydee Bridges tells PRovoke18 Global Summit: “Tell your story yourself, or others will do so.”

Talking to Howard Opinsky, president of digital reputation management company Five Blocks, Bridges said: “When the financial crisis happened we weren’t doing much at all in terms of having a content strategy. We learned the hard way that you have to tell stories yourselves or other people will do so.”

Bridges said digital content – from infographics to a speaker series, on channels including Snapchat, Instagram and Facebook – had been a key element of Goldman Sachs rebuilding its reputation: “Years ago, regulated companies just didn’t get social, but our management have totally bought in. We now have a studio, and we’re producing really interesting and engaging content across all our channels. We’re trying to make things visually engaging to an intellectually-curious audience, and they do come away being more favourable towards our brand.”

Opinsky said it was often hard for stakeholders to “get their arms round” a company’s online reputation: “The only way for stakeholders to make sense of who are you and what are you all about is to go through the lens of search. Google has become a place where people go to ask questions, to find information, to make judgements and come up with a point of view about you or your business.

“So many folks get frustrated because they don’t understand how the algorithm works and why certain information comes up about their company, but the truth is, much of it is influence-able. There’s an element of SEO but when you’re talking about managing your reputation digitally you need to be proactive: don’t want until there’s a problem or disinformation or stories you don’t like – work to build a better reputation for yourself.”

Bridges agreed: “I think the key to digital reputation management is not the algorithm, it’s attention. If you create interesting, engaging, valuable content, that’s where you’re going to win and hack the algorithm, because people know your content is worth their time. We have a sceptical audience. If people share our content and say ‘This is from Goldman Sachs…but it’s still pretty cool.’ that’s a win for us.”