Please refer to our Privacy Policy for important information on the use of cookies. By continuing to use this website, you agree to this.
Home Latest Headland Appoints Downing Street Comms Director Jack Doyle 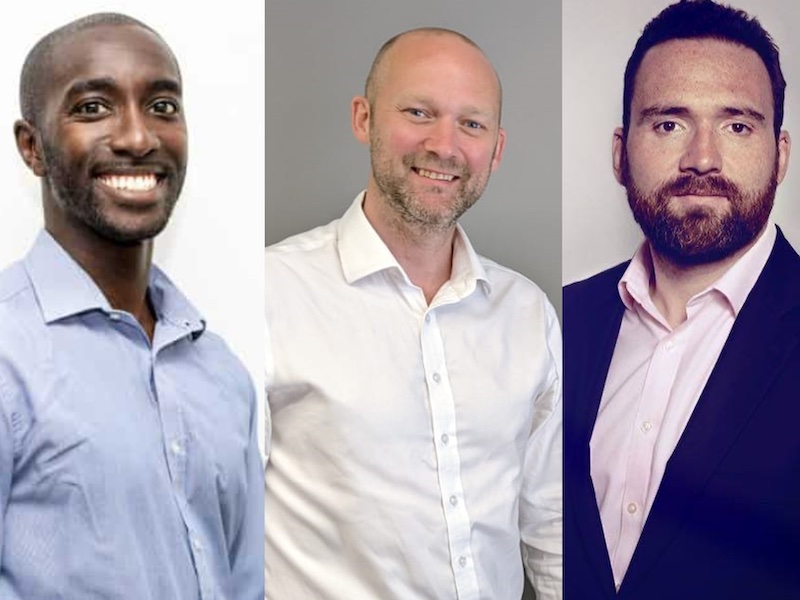 The consultancy has strengthened its senior team, also adding Consulum’s Gregor Poynton as a partner and hiring Bernard Yeboah as chief financial officer.

LONDON — Headland has added to its senior ranks with the recruitment of former Downing Street director of communications Jack Doyle as a partner.

Doyle (pictured, centre) joins after two years in 10 Downing Street, where he was a senior adviser to the Prime Minister, political spokesperson and responsible for cross government campaigns, communications strategy and day-to-day media engagement.

Before his roles in government, Doyle was a political journalist and worked for 10 years at the Daily Mail, including five years in the lobby, where as associate politics editor he wrote commentary and editorials as well as reporting from Westminster.

Doyle said: “Headland has a unique culture and a brilliant team and I am delighted to be joining at what is a very exciting time for the agency and its growing roster of clients.”

The agency has also appointed Gregor Poynton (pictured, right) as a partner, joining from Consulum – the agency responsible for the controversial ‘Relaunch Hong Kong’ campaign and best known for its work with the Saudi Arabian government  – where he led the global digital and creative teams. He previously held senior roles at Portland, Blue State and with the Scottish Labour Party, for which he was director of external engagement.

At the same time, the agency has a new chief financial officer, Bernard Yeboah (pictured, left), who joins from private-equity-backed international higher education college company BIMM Group, where he was CFO and member of the board. Prior to that he spent two years at Huntsworth Health, a division of Huntsworth plc where he managed the finance function for the suite of EU businesses.

Headland CEO Chris Salt said: “The arrival of Jack, Gregor and Bernard to Headland is indicative of the calibre of people we’re attracting to the company as we continue our strong growth trajectory and build out both the scope of our capabilities and the expertise to deliver that growth at scale.”