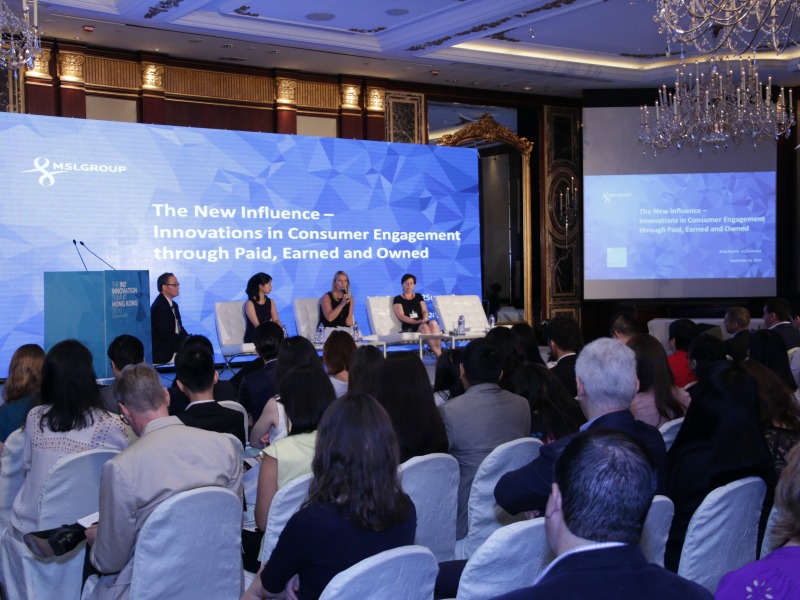 Technology and social media in China are enabling PR professionals to link their efforts to commercial results, calling for a collaborative approach from agencies.

HONG KONG—Public relations professionals can now connect content and conversations on social media to commercial results in a compelling way, attendees at The Holmes Report’s In2 Summit in Hong Kong heard today from a panel sponsored by MSLGroup and featuring a case history from Procter & Gamble.

There was a widespread agreement that consumers in Asia—and China in particular—face an ever-increasing array of product choices, while marketers have a proliferation of channels through which to engage those consumers.

According to P&G communications director Nancy Liu, who leads PR efforts for the company’s Crest and Oral B brands, “The Chinese consumer is more and more fragmented. Some of them still go to the hypermarket and buy the traditional way. But more and more young consumers—including Generation Y, which is now grown up and in the workplace—grew up on the Internet and spend most of their time on mobile.

“We want to be sure we say ‘hi’ to our consumer every day and make sure they think of us when they are standing in the supermarket aisle. One-to-one consumer engagement has become a reality, and younger consumers in particular welcome commercial content and the ability to make a purchase instantly.”

Claire Tsubono, managing director of media firm Starcom in Guangzhou, agrees. “People have so many choices in terms of media and products that you have to do something special to catch their attention.”
She points to the fact that there are more than 250 live broadcast sites in China that will help marketers communicate with consumers. “They give brands the opportunity to have a longer conversation with their customers.”

But there is a challenge in using these sites, Liu says, because social media sites and commerce sites are still separate—which means PR professionals need to find creative ways to make the connection between content and commerce.

“Key opinion leaders, especially in We Chat, can break the barrier between social media and commerce,” says Liu. “Particularly for women consumers. I make purchases from key opinion leader sites almost every day.”

But in the summer, P&G piloted a new way to link PR and sales, working with MSL and Starcom on the Publicis Group’s new Conversation2Commerce approach, which harnesses the power of earned influence to drive commerce—at a return on investment that is much higher than paid media.

“The challenge of earned media has always been to scale it and sustain it,” says Tsubono. “One of the key challenges in marketing is to help marketers make the connection between impressions and business impact. We want to be measured against business KPIs.”

The C2C process has four phases:
1.       Identifying the best, most relevant influencers.
2.       Craft the right, most relevant story or campaign
3.       Being able to amplify that coverage.
4.       Measuring the impact—in terms of consideration, purchase intent, and conversion rates.

The key is a technology that can turn earned media into what the firm calls “earned content ad unit,” which Starcom can serve people who have consumed that content with a brand ad reinforcing the message. Consumers who have already read the content are much more likely to click through and make a purchase.

“Breaking down the walls between content and commerce is a huge opportunity,” says Erin Lanuti, chief influence strategist at MSLGroup. “But earned is still under-utilized.” This new approach could change that, she believes.

“This raises the PR bar very high,” says Liu, who used the approach in a campaign to launch the new Oral B iBrush Plus, a technology enabled toothbrush. “We have always been able to achieve great results in terms of impressions. We can now prove that the millions of impressions we achieve translate into business impact.”