Please refer to our Privacy Policy for important information on the use of cookies. By continuing to use this website, you agree to this.
Home Latest In2Summit MENA: 'Truth Is Under Threat And This Industry Has To Defend It.' 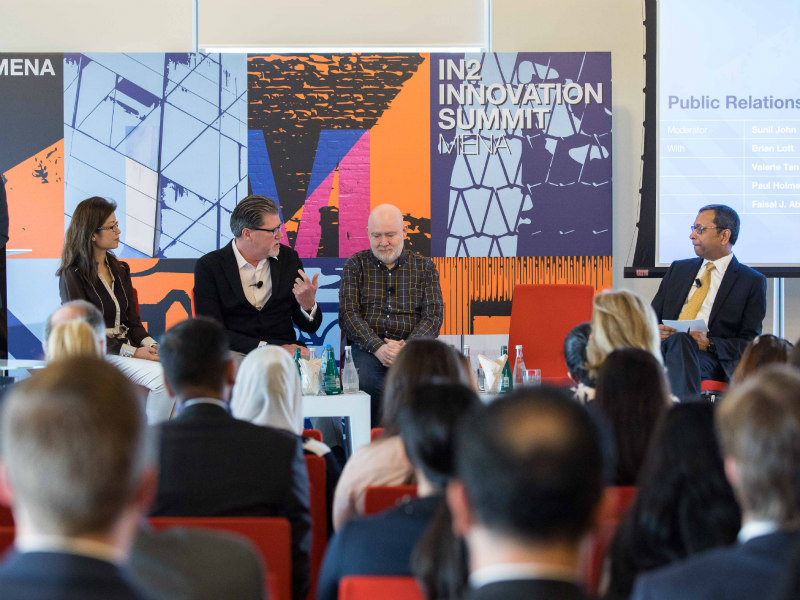 In2Summit MENA: 'Truth Is Under Threat And This Industry Has To Defend It.'

The Middle East public relations industry still has some way to go to persuade people that it is not populated by 'spin doctors', according to speakers at the Holmes Report's inaugural Dubai Innovation Summit.

DUBAI — The Middle East public relations industry must convince people that it is not populated by 'spin doctors', heard delegates at the Holmes Report's inaugural regional Innovation Summit in Dubai this morning.

In a panel moderated by Asda'a B-M CEO Sunil John, several industry leaders engaged in a spirited debate about the role of public relations in a world where organisations and media face declining levels of trust.

Emirates VP of PR, social media and internal communications Valerie Tan noted that the industry continues to struggle with its reputation. "PR has some way to go to convince people that we are not spin doctors," she said. "People know that PR comes with an agenda, but that agenda should not be a negative one."

Arab News editor-in-chief Faisal Abbas went one step further, stating that "the PR industry is spin doctors — they do represent clients because these clients hire you."

"We need to agree that perhaps the majority of the world looks at the PR industry as lobbyists," added Abbas. "You are hired on behalf of the client, not on behalf of the people. You have certain practitioners who will do anything the client tells them to do."

Unsurprisingly, Abbas' stance met with resistance from some members of the panel, including Holmes Report founder Paul Holmes. "Spin is the exact opposite of public relations," said Holmes. "Spin destroys relationships. Once someone finds out that you are spinning them, they will never trust you again."

Mubadala Investments chief communications officer Brian Lott agreed — "Part of what we all do is we look to have a conversation that is quite the opposite of this supposed dark arts and manipulation of the public," he said. "Are we trying to have a point of view and accentuate the positive? Of course we are, but it doesn’t mean we are lying and manipulating."

These conversations have gained added currency because of the pernicious influence of fake news. "We live in the age of the algorithm — it can be driven any which way," said John. "I think there’s a responsibility of PR professionals and media to ensure that we have a free and honest debate."

Tan called for greater media literacy. "If you don't have transparency from the media, then it's very hard to educate consumers."

"At the very least we ought to know who is saying what they are saying and why they are saying it," added Holmes. "On the media side, it requires full disclosure. On the PR side, it means no more of this phony grassroots, coalition building."

Ultimately, concluded Lott — "Truth is under threat and this industry has to defend it"