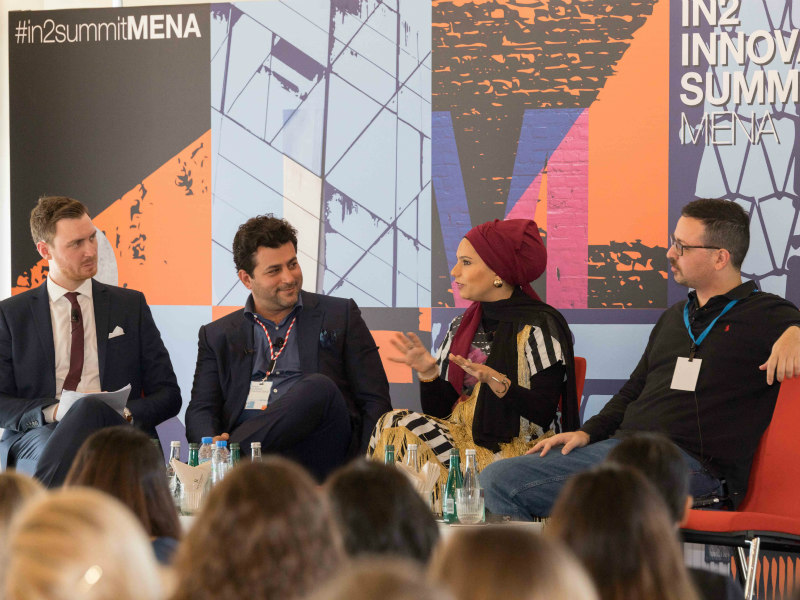 The new generation of social activists won’t tolerate content creators who are not authentic, according to leading travel blogger Haifa Besseisso.

DUBAI — The new young generation of social activists won’t tolerate content creators who are not authentic, according to leading travel blogger Haifa Besseisso.

At the Holmes Report In2 Innovation Summit in Dubai this week, Besseisso, whose Fly With Haifa YouTube channel has more than 400,000 subscribers, said: “Don’t try to fool the audience. They are so smart now, they can tell.”

She was speaking at a panel session, “New Media & Shaping Social Change for a Disrupted Generation”, which explored the evolving relationship between brands and young content developers and influencers who want to shape social change, as well as the role and responsibility of social media platforms that host their content.

Referencing the recent case of YouTuber Logan Paul coming under fire for his post from Japan’s notorious “suicide forest”, Besseisso said: “Whether as a content creator you choose to be bold, to provoke and push buttons, or be more subtle, the most important thing is to take care of your reputation, because a lot of hard work can go down in one second.”

Al Ziyoud said young people now had more power than platforms and broadcasters: “It’s not this generation that has been disrupted, it’s this industry. They can block you, smash you, do counter-campaigns. You need to respect this audience: they have the control, we only hold the content. They decide what content to consume, when to consume and how to consume it.

Lipscombe added that this new social power of young people was a call to action for brands: “The younger generation is very in tune with what’s happening socially and using platforms to drive change – there’s a weight of social conversation behind movements such as #MeToo. It’s about having an opinion and standing for something. This puts brands in a position where they no longer have a choice on taking a stance on social issues: they can either take the risk of alienating some of their audience and damaging their brand, or be risk-averse and drifting into insignificance.”

Al Ziyoud agreed that while brands had traditionally not interfered in topics such as politics, “they have to embrace social change and be part of the evolution of their target audience.”

But he warned: “As a brand, you have to be authentic in the application of your message. The more you act, the higher engagement you have, so people have to believe in you. Brands have a tougher task now, but there are also more opportunities to engage with content creators, to use storytelling to make content more compelling, and to get through to your audience.”

At Vice, Abi Ali’s caveat was that there needed to be a clear distinction between content creators and brands paying for their content: “Content creators are not a brand, they are a person. It’s dishonest to try and integrate with a brand model. Content creators need to be honest and say: ‘this is an ad, thanks to X company for endorsing my show and giving me enough money to create content for my audiences’, not let brands mess with their content.”

From a content creator’s point of view, Besseisso said until recently bloggers in the region had had to play down commercial partnerships: “We invest a lot in our work but when I first started we had to hide the way we make our living. Now it appears the audience is ready to hear that I’m collaborating with a brand to create killer pieces of content. There’s a balance between being honest and being too commercial.”

She said there was another balance to be struck around whether the increasing dominance of the giant platform groups such as Facebook and Google would water down the human element of content creation: “Once you start a channel, you are their partner. They fly us to conferences and encourage us to collaborate. In this part of the world we are hungry for creators and we want to shine globally, not letting others telling our story but telling our own story. We invest in each other, because if content creators stop creating then YouTube won’t be the same.”
Article tags
Memac Ogilvy Ogilvy Haife Besseisso Charisma Group Vice Purpose Influencer Marketing In2SummitMENA Events In2 Innovation Summit