Please refer to our Privacy Policy for important information on the use of cookies. By continuing to use this website, you agree to this.
Home Latest In2Summit MENA: Education Key To Tackling Middle East Talent Crisis 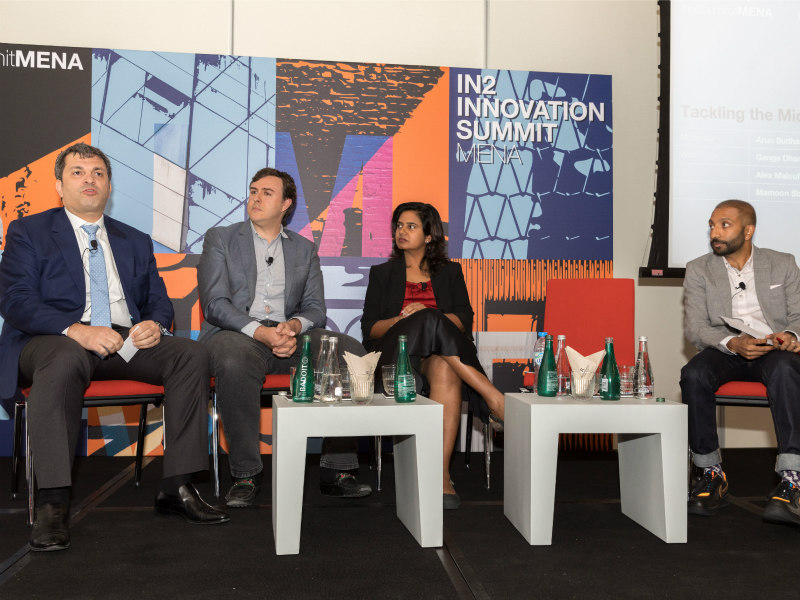 DUBAI — The PR talent crisis in the Middle East will only be resolved through working more closely with universities and schools and improving understanding of the PR industry, according to speakers at the In2 Innovation Summit in Dubai this week.

The panel agreed there were three key factors in the difficulty many agencies experienced in finding talent: lack of understanding about what public relations practitioners do plus the industry having a poor reputation; patchy collaboration with universities offering relevant courses; and wildly varying levels of diversity across the region among new joiners.

On the first point, Malouf said: “Ask anyone what PR means and they don’t understand what we do.” Sbeih added that even when people did understand PR, it wasn’t always seen as an attractive career choice: “The industry is complex and not well understood in the region, and those who do know PR know it’s hard work and it can be painful, so it doesn’t have the best reputation.

“I’ve been an engineer and an economist, and for me this industry is the most exciting thing I’ve ever done, but the issue is convincing other people. Competition between agencies is fierce, so it’s not seen as a very attractive industry.”

Dhanesh said that from her experience as a lecturer, the challenge was to educate the most talented students about PR: “The top percentile of students are very charged and enthusiastic. One student originally told me she wanted to work for McKinsey. After taking a couple of classes in PR, she told me she’d changed her mind and wanted to work for Edelman.”

The second issue was outreach and collaboration. Malouf said: “We’re not doing enough to develop young people in terms of going into universities and even schools, explaining what PR is.”

Dhanesh said the industry needed to work harder on its own PR and build relationships with many parties, including parents and students still at school: “There is so much education to be done. The industry needs to work on it and educators need to work on it. We don’t do ourselves any good if there is a disconnect between what we say and what we do to raise the reputation of PR. The groundwork is there but there is a lot to be done, including focusing on the school system, which means that over a period of time we will get where we want to go.”

At APCO Worldwide, Sbeih’s experience was that agencies could find great young hires if they invested in internship programmes: “Last year we worked with universities and found 27 interns. We hired 18 of them. We found the best possible source and it’s working like clockwork. Agencies that don’t do that are losing a lot of potential.”

The unique nature of the UAE, where most nationals work for the government and agencies are largely staffed by expats, was cited as a huge challenge in terms of recruitment and diversity.

As Malouf said: “We have a major challenge in the Gulf. If you’re offered a job with fewer working hours, more vacations and better pay, are you really going to go for longer working hours and less pay? Nationals will often go to the government because of that. Why would they want to work in the private sector, with what is on offer? There are far too may expats who don’t know the region enough and we need to do more in terms of inclusion of local people.”

This changes drastically in other parts of the Middle East, such as Saudi Arabia, said Sbeih: “It’s not a region-wide challenge - we have absolutely no challenges in hiring Saudi nationals.”

However, Malouf pointed out that even in Saudi Arabia this was a relatively recent phenomenon: “The population in Saudi is different, but look back five to ten years and the management of the big agencies was very much expat. It’s good to see that changing. Nationals are setting up their own agencies, encouraging others, being leaders and examples for the whole industry.”

Diversity in terms of female leadership was another point raised in the discussion, with members of the audience asking how empowered women in PR were in the region, and whether there were systemic roadblocks that hinder women.

Sbeih said this was an industry-wide problem, but that things were changing: “We’re perhaps lucky that our founder Margery Kraus and the majority owners of APCO Worldwide are women, so we’ve very delivery made sure women are part of the leadership, but in the industry as a whole all the leaders seem to be men and this needs to be addressed. But female empowerment is like gravity – it’s going in one direction, and it’s only a matter of time.”

Nurturing talent, and ongoing training, was a final critical factor to a sustainable industry in the region. Malouf said: “Juniors and people in the middle level see the benefits of development and training, but it can be more of a challenge at the top level. When we introduced training for members of PRCA MENA, trying to get anyone senior to sign up was almost impossible. It is changing but when you look at social media, how many leaders in the industry understand how Gen Z communicate?

"We have to re-tool ourselves. With AI and new tech coming along, everyone has to think about what they can do to stay relevant? It’s not good enough to say you’re senior so don’t need training: as far as I’m concerned, you’re redundant to the industry.”

Sbeih agreed that the industry needed to be future-facing in its approach to recruitment and retention: “Around 70% of children aged under 12 today will have jobs that we have never heard of. That’s only 10-15 years from now. The world is transforming and the industry we know now will be gone in 10 years. Do we know how to prepare for that?”