Please refer to our Privacy Policy for important information on the use of cookies. By continuing to use this website, you agree to this.
Home Latest In2Summit: Senior Journalists Confront The Fake News Era 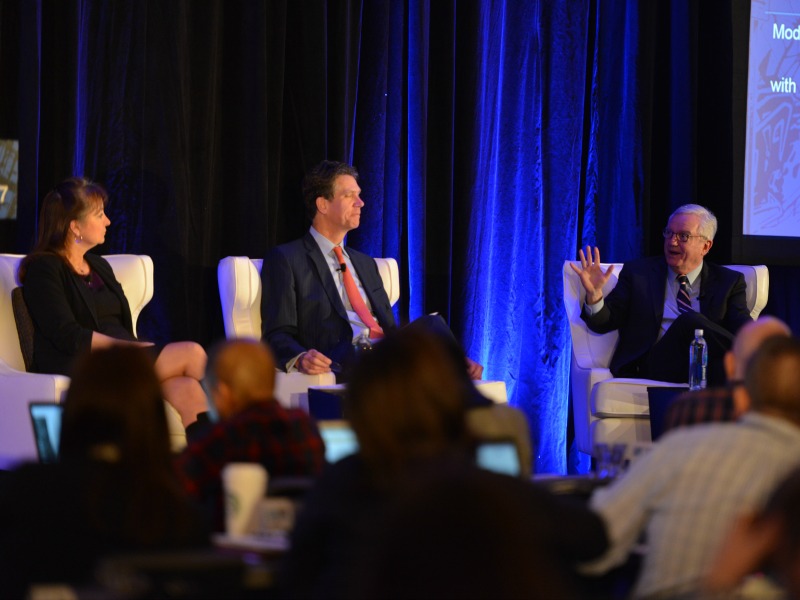 "This situation is not going to heal itself", In2Summit delegates told about the rise of alternative facts in the Trump era.

In a candid discussion moderated by H+K Strategies EVP Richard Keil, CBS News national correspondent Dean Reynolds admitted that the "situation is not going to heal itself," as people continue to seek out fake news sites that confirm their existing biases.

Despite this though, mainstream media continue to find it difficult to say that the president lied. "To say the president lied is not an easy thing for a reporter," said Reynolds. "The people who traffic in fake news, know that it’s hard for us to do."

Trump, believes Reynolds, understands this dynamic better than most."He knows the dilemma he has placed us in and, I think, relishes it, frankly," said Reynolds. "It’s the same mentality that tears down institutions in the country, willingly or not."

Former New York Times national and White House correspondent Jackie Calmes pointed out that her publication has been reticent to frequently call the president out for lying, a stance that she believes has some justification.

"I fall in the camp that’s cautious about it," said Calmes "If you use the word lie promiscuously it loses all its power. Secondly, it denotes an intent about the subject that you often cannot know. That the word lie is even being used at all is extraordinary."

Keil thinks that journalists are showing signs of a "more organized, thoughtful approach" to this quandary, reflected in the reporting that resulted in the resignation of National Security Advisor Mike Flynn. "We've crossed a threshold."

"We have to keep doing what we do. Report what they say. If they don’t like what they said, and are embarrassed that they said it, too bad," said Reynolds. "Report it, without fear or favour. I can’t imagine another way to do it."