Please refer to our Privacy Policy for important information on the use of cookies. By continuing to use this website, you agree to this.
Home Latest IN2SummitEMEA: Do PR Agencies Really Care About Diversity? 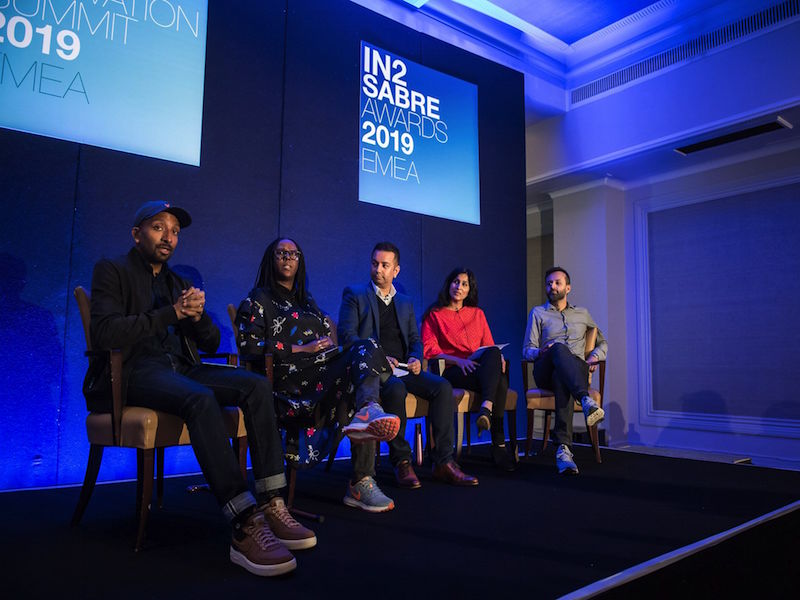 BME PR Pros founder Elizabeth Bananuka says while many agencies have diversity policies, most “just don’t get it”.

LONDON — Most PR agencies simply "don’t get" how to tackle diversity, according to Elizabeth Bananuka, founder of BME PR Pros.

At the IN2Summit EMEA in London today, Bananuka spoke passionately about her frustration with PR agencies: “Calling it a crisis assumes that people understand the value of diversity, but I would be very surprised if many top agencies had policies in place, or care, and they may even have deep-rooted prejudices about hiring people who are not like them.

“I’m not willing to accept you need white skin to write a press release or advise people on crisis, but I actually think very few agencies really get it and want to do anything about it.”

The numbers bear out Bananuka’s view that the industry is still struggling to follow through on diversity policies: the CIPR’s latest research into the state of the PR industry found that 92% of practitioners describe themselves as white – a five-year low in levels of diversity.

Conversely, Bananuka said clients were more aware of the need for diverse agency teams to represent consumer audiences than ever: “I have conversations with companies that you’d probably want in your portfolio; I would say that agencies that don’t grapple diversity and don’t see the business case will find that big global brands will increasingly ask these kinds of questions.”

She said one agency boss she was working with recently admitted losing a client because their team was so homogenous: “The sector is meant to be creative, but I’m shocked at how conservative it is,” she said.

Bananuka believes recruitment is often part of the problem: “If you aren’t getting BME talent in, there’s something fundamentally wrong with your recruitment process and culture. Review your recruitment structures: do you genuinely have an objective process? This is about long-term commitment and accountability.”

Also on the panel was Reesha Rajani, group commercial director at Golin and Virgo – one of the agencies praised by Bananuka for being willing to have “difficult conversations” and take action, along with Ketchum and Weber Shandwick.

Rajani agreed that recruitment was an issue: “Preconceptions will always be a problem in any recruitment process. At Golin we have removed bias from the process and 50% of all CVs are now from people from diverse backgrounds. We also anonymise CVs so we’re purely skills matching, and have a diverse interview panel that makes a joint decision on whether someone is right for the role. We have a score card to check we are being objective, including what that candidate can bring to our commitment to D&I.”

And she said that a lack of visible role models for BME people was another factor for PR: “We need someone to look up to when we’re at entry level so we can see this is a viable career option and this is an industry we can thrive in.”

Fellow panellist Daljit Bhurji, CEO of PR agency Diffusion, agreed a shortage of role models in the industry, as well as PR not being seen as aspirational by some communities, were also factors: “We’re trying to recruit at every level and support growth with the best people possible and we’re ignoring the talent in the BME community. I’m Punjabi Sikh and a lot of my cousins, nieces and nephews are super-excited about joining digital marketing agencies, which they see as the future. They just don’t see that PR is for them.”

Asked by The Unmistakables founder Asad Dhunna what practical steps agencies could take immediately, Bhurji suggested: “If you’re lucky enough to have charismatic BME employees, I would urge you to make some time for them to go back to their schools and universities and communities to be role models and evangelise about PR. Giving someone a day off to do that can boost applications from a particular audience.”

At Amnesty International, director of communications Osama Bhutta said that in this challenging environment, diversity didn’t happen in firms by accident: “It requires institutions and organisations to really be conscious of having a role to play in fostering diversity. What does your business really know about engaging with different communities so people from diverse backgrounds are able to join your organisation?”

Bhutta said the younger generations entering the workforce were more aware of diversity and – crucially – inclusion: “I would put up with all sorts of indignities as a junior member of staff but I’ve noticed that the younger cohort are much more attuned to what a diverse workforce should look like; they are aware of rights and expect a degree of respect. When a cosy office is upturned, everyone has to slightly adapt, and minorities coming in may not initially feel at home, but it’s worth the effort when you pull it off, as you end up with a much more wholesome offering.”

Finally, Bananuka said the issue of diversity had to come back to agencies making business decisions: “It’s about the agency of the past and the future. The talent coming up wants a workforce that looks like them. And one agency said their staff felt they were struggling to win awards because they were all too similar, their groupthink was all the same and they needed different thinking to come in. It’s not about sacking five white people and bringing five black people in, it’s about having a workforce where talent and ability can rise through the ranks.”