Please refer to our Privacy Policy for important information on the use of cookies. By continuing to use this website, you agree to this.
Home Latest Influence 100: PRovoke Media Reveals Top In-House Communicators Of 2022 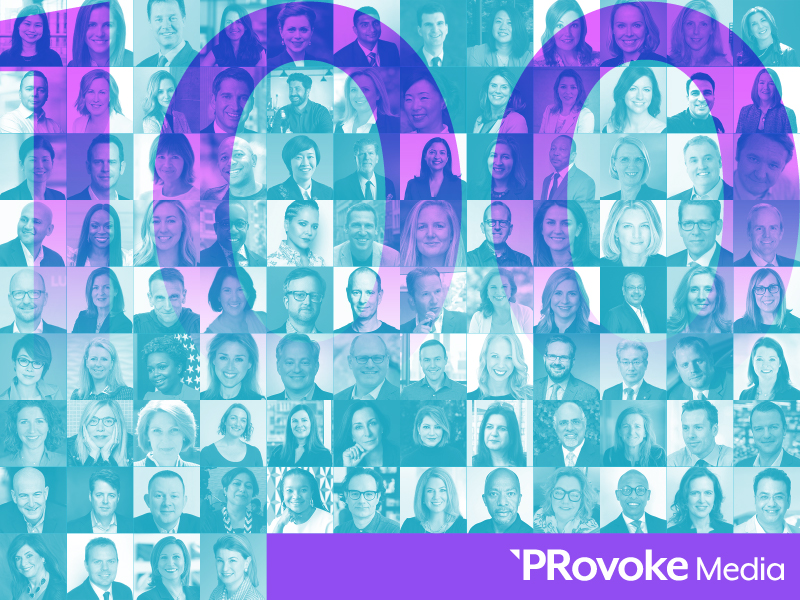 The 11th Influence 100 listing reveals the world's most powerful chief communications and marketing officers, with profiles and their insights.

LONDON — PRovoke Media today launches the Influence 100 for 2022, which identifies, profiles and surveys the 100 most influential chief communications officers and chief marketing officers of leading brands and companies around the world.

Now in its eleventh year, the Influence 100 showcases the in-house communicators and marketers who have the most clout, in terms of their personal voice, their senior counsel to powerful CEOs, the status of the companies they work for, their budgets, and the agency hiring decisions they make.

In this first tranche of research, the report profiles all 100 influencers, and looks at their backgrounds, education and the sectors they work in, from FMCG, finance and healthcare, to entertainment, social media and technology.

We’ve also interviewed a third of this year’s cohort on their hopes and fears for the communications industry, what’s impressed and disappointed them over the past year, and how they stay inspired and well; their Q&As are featured on their profile pages.

For the third year running, the list is not only gender-balanced but has more women than men, with 57% women and 43% men.

In terms of geography, this year 53% of the influencers are from North America, 31% come from EMEA, 13% are from Asia-Pacific and 3% are from Latin America. Overall, 22 countries are represented. In terms of ethnic diversity, this year, people of colour make up 30% of the list, including 8% Black representation.

Three further waves of insights, to be released in the coming days, will look at budgets, organisational structures, relationships with agencies, diversity, and qualitative research into future challenges for the CCO and CMO roles.

The research will also reveal who our influencers think are the best and worst communicators among the world’s leaders, which companies and brands have done the best and worst job of managing their reputations over the past year, and the PR agencies they admire the most.

In addition, the Influence 100 report will identify the Crossover Stars – our ‘hall of fame’ of those former CCOs and CMOs who have taken the rare step of moving into a broader management role within their organisation – along with Rising Stars, our annual list of potential CCOs and CMOs of the future.

You can find the Influence 100 Profiles here, along with research into their backgrounds and demographics here.