Please refer to our Privacy Policy for important information on the use of cookies. By continuing to use this website, you agree to this.
Home Latest Innovation Roundtable: Is Silicon Valley Betting Too Much On PR Hype? 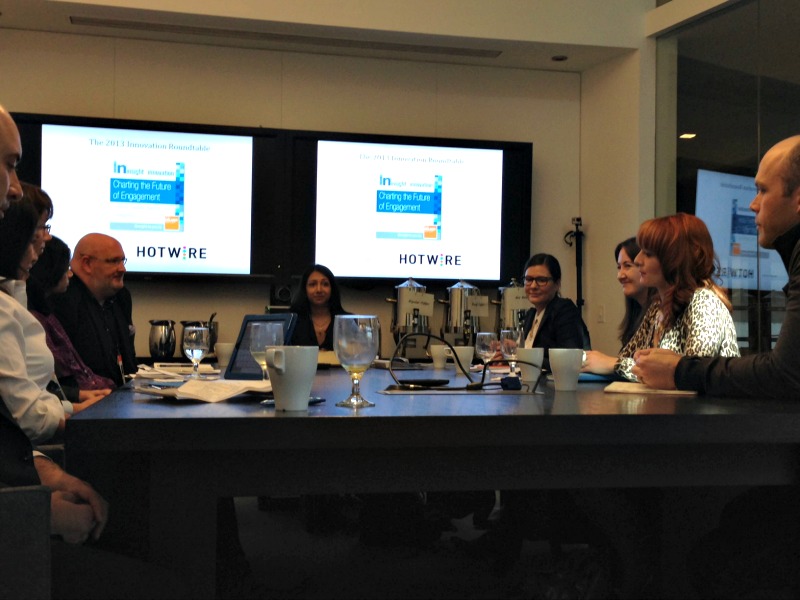 Innovation Roundtable: Is Silicon Valley Betting Too Much On PR Hype?

Within the tech sector, the word "innovation" has morphed into a polarizing moniker that can mean so much – and so little – at once. Now with the word being stretched to, not only encompass technical advances, but also the evolution and disruption of entire business models, it’s practically become an unavoidable catchphrase for upheaval and progress.

The Holmes Report’s In2 partnered with Hotwire PR to take a closer look at innovation – and ultimately what it means for influence and engagement. To do this, eight senior-level marketing and communications professionals gathered in San Francisco to share insights on how innovation impacts their sector. The conversation ranged from mulling the word “innovation” to considering how our own sector has advanced its strategic priorities and tactics, as well as the role social enterprise is playing in helping companies to forge stronger identities.

​Beyond hype
Not only is the word "innovation" provocative, but its very definition remains elusive. But ultimately most companies apply to word to new features that, in their eyes, solve a market problem.

​ Jones: I started with Palm in 1999 – the company that disrupted and created a marketplace for smartphones. So, this backdrop shapes my point of view and I do believe in innovation. From a comms perspective, it is a very noisy world. But I’ve seen a shift in the role consumers play in really defining disruptive technology. Now more than ever – and Yelp has really pioneered this – consumers are opinion makers. In my Palm days, the Golden Goose was getting that Walt Mossberg review. That’s changed quite a bit and now it’s consumers really championing your brand and creating fandom around your product. O’Brien: One reason people feel that term is overused or played out is innovation itself doesn’t have a strict social definition. Everyone is defining innovation on their own terms. What maybe innovative to you, may not be innovative to me. [caption id="attachment_1291" align="alignright" width="239"]