Please refer to our Privacy Policy for important information on the use of cookies. By continuing to use this website, you agree to this.
Home Latest Marc Pritchard: 'What's The Best Way To Deal With Disruption? Lead With It.' 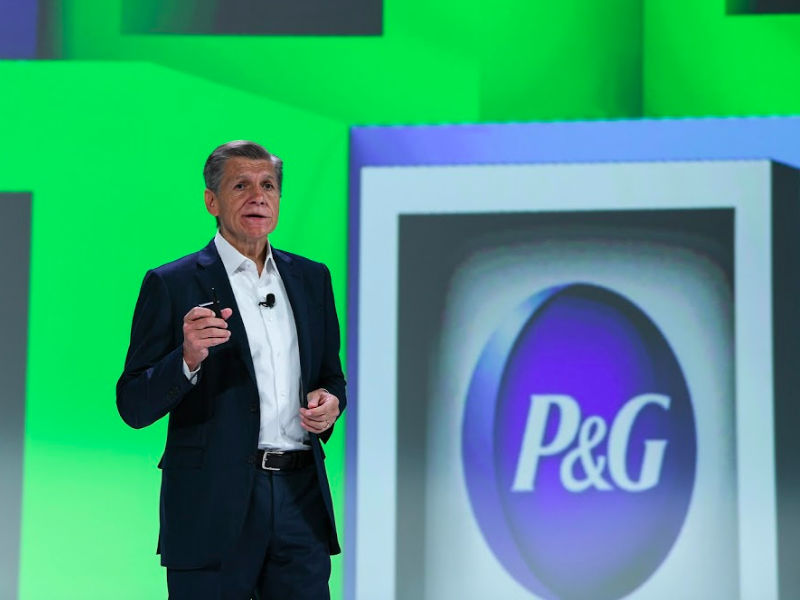 Marc Pritchard: 'What's The Best Way To Deal With Disruption? Lead With It.'

Speaking at the ANA Masters of Marketing conference, P&G's chief brand officer urged attendees to adopt the tenets of lean innovation in their marketing.

ORLANDO — After 181 years in business, P&G is taking newcomer competitors head on, with its marketing at the forefront of what brand leader Marc Pritchard calls “constructive disruption.”

“What’s the best way to deal with disruption? Lead with it,” said Pritchard, the company's chief brand officer.

Speaking at the ANA Masters in Marketing conference in Orlando, Pritchard said adopting that mindset — and taking the steps to upend business as usual — can infuse an organization with the innovation and creativity more inherent to startups than giant multinationals.

“Mass marketing is being disrupted, but we’re doing whatever we can to lead constructive disruption by reinventing brand building to drive growth.  And you can do the same on your brand,” he said. “Ask yourselves these questions. How can you reinvent media for mass one-to-one precision with data and technology? How can you reinvent advertising to create ad experiences people look forward to? How can you reinvent agency partnerships to get your hands on the keyboard? And what can you do to reinvent brand citizenship by being a force for good and a force for growth?”

Those questions address the four key areas that are now pillars of P&G’s newfound approach to building its brands — household names like Dawn, Gillette, Pampers, Olay and Mr. Clean.

In line with P&G’s larger streamlining, which included the company reducing its offerings, Pritchard’s methodology also calls for doing away with waste (like redundant ads) through lean innovation, which promotes experimentation, more creative output with less investment and addressing bureaucracies that hinder improvements. All of which aims to support the overarching company goal of building brands through the superiority of products and packaging, retail execution and value — the makings of an “irresistible brand experience,” he said.

“It’s one thing to disrupt and destroy value, but our job is to disrupt in a way that drives growth and creates value,” Pritchard said.

That constructive disruption is evident in a range of P&G brand campaigns and internal moves, which Pritchard used to exemplify what P&G’s creative operation and output looks like under its new direction.

For Tide, for instance, P&G partnered with the NFL and NBC to create a series of video promos to air during Sunday Night Football games, in which the likes of Peyton Manning and Gwen Stefani spar over the best night for doing laundry — mashups of ads, sports and entertainment.

“This is leading to entirely new creative partnerships merging the ad world with the film, music, comedy, sports and journalism worlds to reimagine brand creativity in a way that is authentic, engaging, and that people enjoy,” Pritchard said.

The company has grown its in-house creative capabilities, both by building teams as well as co-locating agency partners into the company. Secret, for instance, has become its own agency, producing ads faster and for one-tenth of the cost of having an agency do it, Pritchard said. Its current “Secret All Strength No Sweat” campaign includes footage shot in the company boardroom.

P&G also is keeping things interesting, from infusing its campaigns with humor to stepping up its corporate citizenry by helping tackle issues from period poverty to bias against African-American men through campaigns ranging from video initiatives to donating products that make a difference in people’s lives.

Operating as a disruptive organization takes a change in mindset as well.

“We decided that one way to beat startups is to start our own,” Pritchard said. P&G currently works with 180 startups operations under its umbrella, one of the many ways the corporation is working to stay relevant when business models to media simply don't work the way they used to.

“All this requires re-skilling brand people to operate like entrepreneurs.  We’ve trained thousands on lean innovation and DTC performance marketing,” Pritchard said. “We’ve created strategic partnerships with 40 companies like Retention Science. And we field competitive challenges to accelerate learning with small teams competing for 12 weeks to achieve the most DTC sales with performance marketing. More than 1,000 people have competed, and it’s inspiring more of a start-up culture.”