Please refer to our Privacy Policy for important information on the use of cookies. By continuing to use this website, you agree to this.
Home Latest Mastercard CEO: Diversity Required To Handle Business Disruption 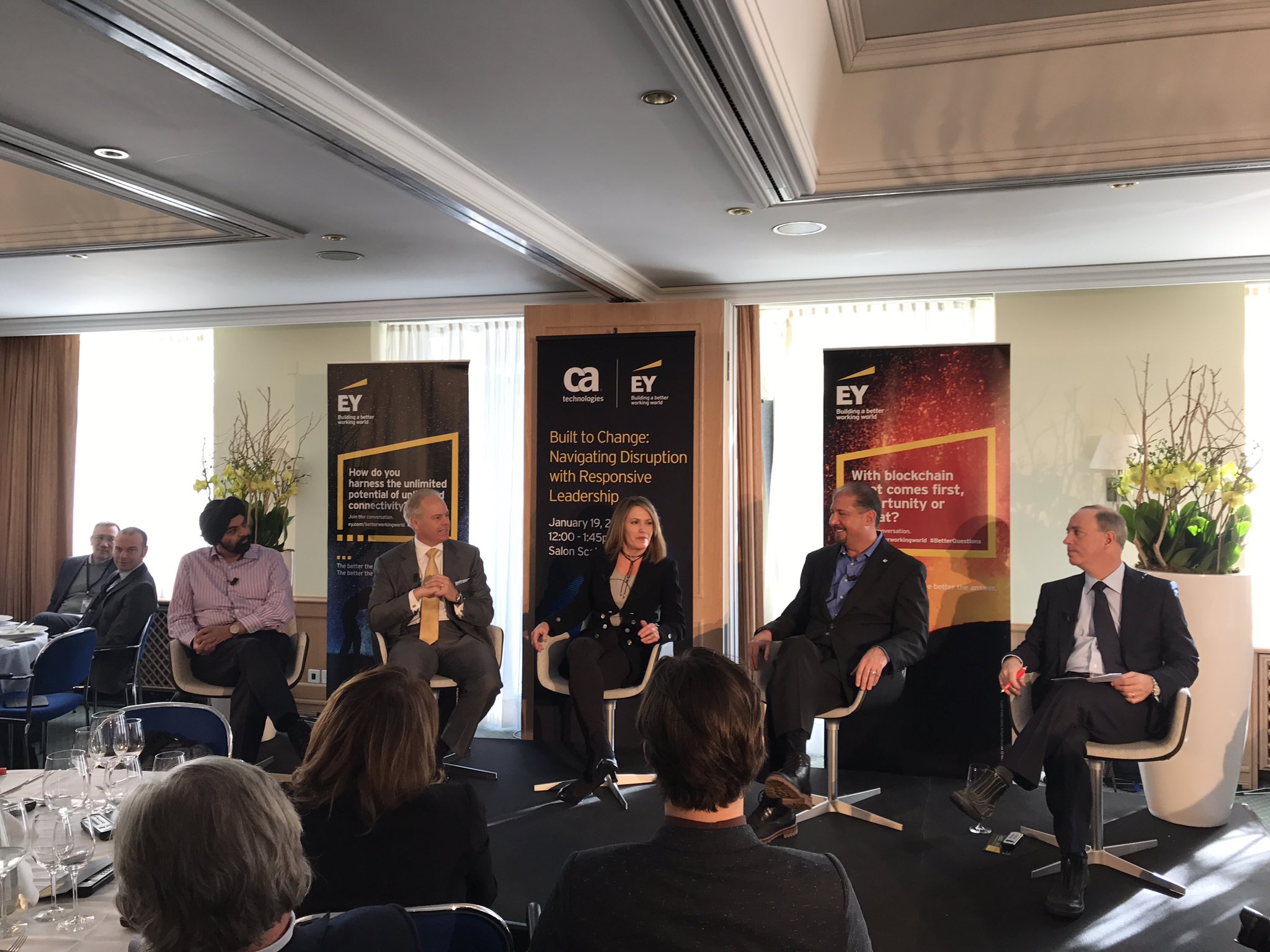 Disruption of traditional business practices can only be harnessed by a truly diverse workforce, according to a CEO panel at today's World Economic Forum in Davos.

DAVOS — Businesses must become "truly diverse" if they hope to navigate profound disruption of their business models and workforces, according to a CEO panel hosted by EY and CA Technologies at Davos today.

MasterCard CEO Ajay Banga pointed out that disruption of business is coming from a variety of sources, not all technological, including regulatory arbitrage and global trade pressure. Companies should seek tp shape these changes themselves rather than reacting too late, he noted, but this required "people in your company who are from completely different backgrounds."

"We do have to be a lot more inclusive," admitted CA Technologies CEO Mike Gregoire. "We are losing this battle. There are four percent less females entering engineering degrees compared to five years ago."

There also needs to be a much more candid discussion of the challenges posed by disruption, argued EY global chairman and CEO Mark Weinberger, pointing out that existing staff are not necessarily the best people to change your business model.

"Do they really want to change it to something completely new?" asked Weinberger, noting that EY hired external people from Silicon Valley to assess the company's business model and suggest transformative changes. "We have to hire people who don’t do what we do."

That candour should extend to the impact on jobs, where there are likely to be dramatic changes as increasingly advanced technology is adopted. That need is amplified, said Gregoire, by a deadlocked political environment.

"All of this technology has been rolling out for eight years and these people have been getting displaced," he said. "There’s going to have to be some form of education and retraining. Displacing these large swathes of workers with no plan is reckless."

Those "real human impacts", said Johnson, must be addressed ahead of time.

"There’s going to be displaced workers," admitted Gregoire. "The difference is there’s no time. Our life is going to change multiple times over the next few years. We can’t live the way we live today, five years from now."

Concern over technological advances and economic disruption, said Weinberger, should have been heard "loud and clear".

"Trump and Brexit are not the problem," he said. "That’s the result of the problem. We can just no longer ignore the fact that we have to help those people who are mature people. We should have heard loud and clear that this issue is huge."