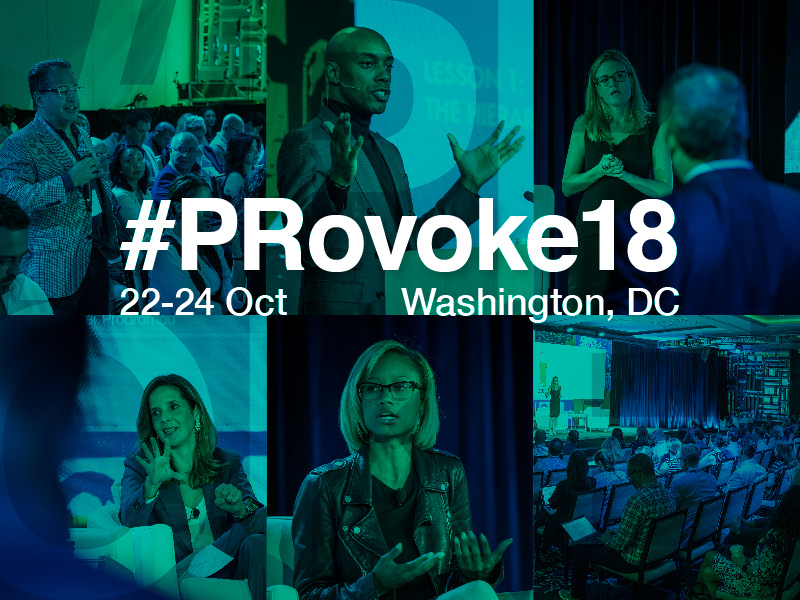 Seventh Global PR Summit lineup will include senior figures from the corporate, agency and NGO worlds, along with media heavyweights.

WASHINGTON, DC — The provisional agenda for the PRovoke18 Global PR Summit is now live, focusing on the critical challenges facing communicators and senior PR pros around the world.

Themes that will be explored at PRovoke18 include how earned media is transforming brand-building; protecting reputation in the era of AI and fake news; charting the evolution of purpose; and, understanding the latest thinking on cultural risk, neuroscience and brand activism.

New additions to the lineup include Indian transgender activist Shree Gauri Sawant, who will be discussing her pivotal role in the Vicks' #TouchOfCare campaign. Others include Goldman Sachs digital VP Kaydee Bridges, Axios media reporter Sara Fischer, and senior communicators from the likes of REI, Aflac, Mubadala, Wells Fargo and Neste.

Tickets for the PRovoke18 event are on sale here. Rooms at the Watergate can be reserved here at a special conference rate.