Please refer to our Privacy Policy for important information on the use of cookies. By continuing to use this website, you agree to this.
Home Latest "Morning After Island" From Ogilvy Honduras Wins Best In Show At Global SABREs 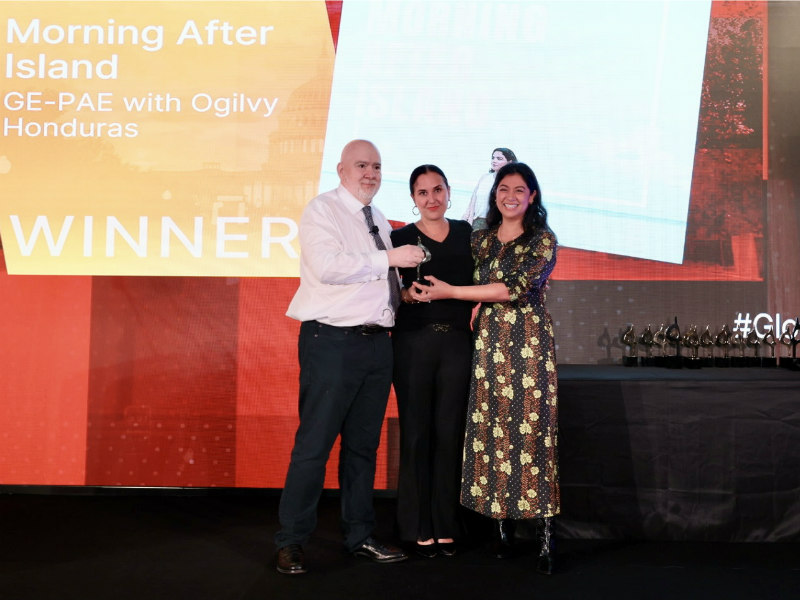 The win marked the first time that a campaign from Latin America has ever won Best in Show at the Global SABREs.

WASHINGTON, DC — “Morning After Island”, a public affairs campaign conducted for the non-profit advocacy group GE-PAE by Ogilvy Honduras, was awarded the Platinum SABRE Award for Best in Show at the Global SABRE Awards ceremony celebrating the best campaigns and agencies from around the world.

“Morning After Island” involved the construction of an “island” off the shores of Honduras — the only Latin American country where the morning after pill is banned — where women could travel and take the pill legally. The campaign generated global media and social media coverage, but more importantly prompted real change in Honduras: the government has committed to systemic change, including the formation of a new Ministry of Women and a broad legislative proposal repealing the ban on the morning after pill and defending women’s sexual, reproductive and civil rights.

The evening featured a countdown of the top 40 campaigns of the year, selected by our judges from among more than 5,000 entries to SABRE competitions in North America, EMEA, Asia-Pacific, South Asia, Latin America, and Africa, as well as the Innovation SABREs.

“Our top 40 campaigns — the top 1% of all the entries we received last year — are all the best of the best,” said Paul Holmes, who chaired the SABRE jury. “But there was something really special about ‘Morning After Island,’ which was an almost unanimous pick for number one: a campaign with a simple but brilliant creative idea that had a meaningful impact on not just the healthcare options of women in Honduras but on their status in that society.”

A complete list of all the top 40 campaigns, in countdown order, can be found here.